Home
Business
Sports
How Much Does it Cost to Attend a Boston Celtics Game?
Prev Article Next Article

Considering the Boston Celtics’ performance on the basketball court, it is natural for there to be a lot of people interested in seeing them play at TD Garden. However, those who want to do so should make sure to look up the costs of what they are planning before they actually head out on such outing. By knowing such important information, they should be able to maximize their chances of getting full value for their hard-earned money, which is particularly important if they are planning to spend a lot for a better experience than otherwise possible.

What Is the Average Cost of Boston Celtics Tickets?

For starters, most people will want to get a general idea of what seeing the Boston Celtics play will cost them. Unfortunately, getting a general idea is much easier said than done, not least because of the complexities that can be involved in the final price of the ticket that makes it into a fan’s hands.

One example is the interest in the game. Simply put, some match-ups are much more exciting than others. Sometimes, this is because of historical rivalries, meaning that there are more people with emotional investments in said match-ups. Other times, this is just because the teams are doing well in the league, meaning that there are more people expecting a fiercer game. Whatever the case, ticket prices can see enormous variation from game to game, as shown by how one Boston Celtics game has a range of $41 to $1,270 while another Boston Celtics game can have a range of $76 to $6,805. For that matter, those ranges should make it very clear that even seats at the same games can see incredible variation, which is natural when some seats can offer much better views than others. Due to this, the average cost of attending a Boston Celtics game isn’t actually that useful because what people should really be interested in are the specific details for the specific seats at the specific games that they are interested in. Luckily, said information shouldn’t be too hard to find, being no more than a few clicks away from the right search phrase on the right search engine. With that said, interested individuals shouldn’t expect Boston Celtics tickets to go for cheap. In fact, TicketIQ has claimed that in recent times, average ticket prices of $234 per seat on the secondary market have gone up by 40 percent compared to their counterparts from last season, which is a huge change to say the least.

What Is the Average Cost of Boston Celtics Concessions?

Stadiums being stadiums, it should come as no surprise to learn that Boston Celtics concession prices are not particularly great. For example, there have been mentions of beer going for more than $11 as well as menu items such as hot dogs going for $5 and up. With that said, TD Garden offers a wide range of concession items that include but are not limited to clam chowder, chicken with seasoning, and cocktails. As a result, these different items have different prices as well, meaning that people interested in something besides beer and hot dogs shouldn’t take too much guidance from said information. On a semi-related note, interested individuals might also want to consider nearby concessions options when they are choosing their seats, seeing as how that can make getting certain concessions items much more convenient than others. Something that could have a fair amount of influence on their enjoyment from the outing.

What Is the Average Cost of Boston Celtics Parking?

Parking-wise, interested individuals have a fair number of options. For starters, there is a parking space situated right below TD Garden, but event passes come with a cost of $48. As a result, so long as people are willing to put up with a little bit of inconvenience, they should take a look at other local parking options, which have prices that range from $12 to $40. Generally speaking, the greater their convenience, the more that they can expect to pay. With that said, those who are not particularly interested in paying for parking passes might want to look into public transportation options as well, which are a relatively reasonable alternative because of the convenient location of the stadium itself. 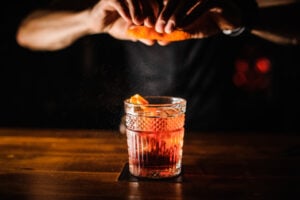