Home
Business
Entertainment
How Much is the Kingdom Hearts Video Game Franchise Worth?
Prev Article Next Article 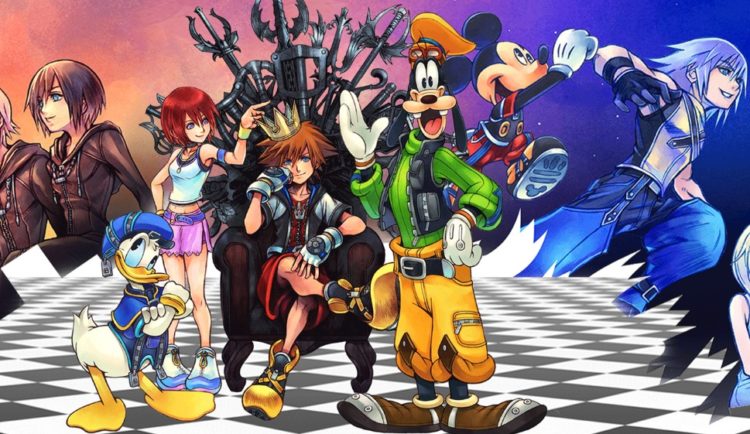 There are people who believe that there is no such thing as a bad idea when it comes to stories. Instead, bad stories are the products of bad implementation. Whether true or not, it is difficult to deny that this particular position becomes more credible when one remembers some of the more out-there ideas that have been turned into huge successes in the wonderful but often weird world of entertainment.

For instance, there is the Kingdom Hearts video game franchise, which is centered on people possessing magical weapons called Keyblades that enable them to take on monsters called the Heartless as well as other enemies. With that said, the most stand-out characteristic of these action RPGs is their cross-over nature, which so far, has encompassed a wide range of both Disney and Square-Enix properties. For example, the first Kingdom Hearts featured more than one hundred Disney characters, who ranged from Maleficent from Sleeping Beauty to Simba from The Lion King and Tinkerbell from Peter Pan. Likewise, characters from Final Fantasy VII, VIII, and X showed up in that particular installment as well, with particularly memorable examples being both Cloud Strife and Sephiroth from Final Fantasy VII showing up in Olympus Coliseum as bonus bosses. Combined with the fact that the upcoming Kingdom Hearts III is expected to include worlds based on the two Pixar properties of Toy Story and Monsters, Inc., one can’t help but wonder whether this means that some future Kingdom Hearts game will include Marvel and Star Wars properties as well, particularly since neither side of the collaboration have ruled out such possibilities at this point in time.

Regardless, while Kingdom Hearts III isn’t expected to be released until 2019, it is important to note that it is far from being the third game that has been released in the series. Instead, there have been more than a dozen releases so far, though keeping track of them can be difficult for people who are not particularly interested in the franchise because of the number of remakes included in that count. On top of this, the Kingdom Hearts franchise includes both manga and novels, which exist alongside a wide range of other merchandise as well. Something that is not particularly unusual for a particularly successful video game franchise.

How Much Is the Kingdom Hearts Franchise Worth?

In contrast, the Kingdom Hearts series is interesting in that its success has been relatively consistent over the course of its existence. Yes, there have been some Kingdom Hearts games that have been much more successful than others, but at the end of the day, the less successful Kingdom Hearts games have not been disasters by any means. Moreover, the two main installments of Kingdom Hearts and Kingdom Hearts II have done very well without too great a slip in sales between them at 5 million copies and 4 million copies respectively, meaning that it isn’t unreasonable to expect that Kingdom Hearts III will be able to manage something similar. Combined with the fact that the franchise’s sales numbers mean that it has brought in billions and billions of dollars for the companies behind it, it seems safe to say that Kingdom Hearts is very valuable indeed, though assigning it an exact number is impossible because of the inherent un-measurability of intangible factors.