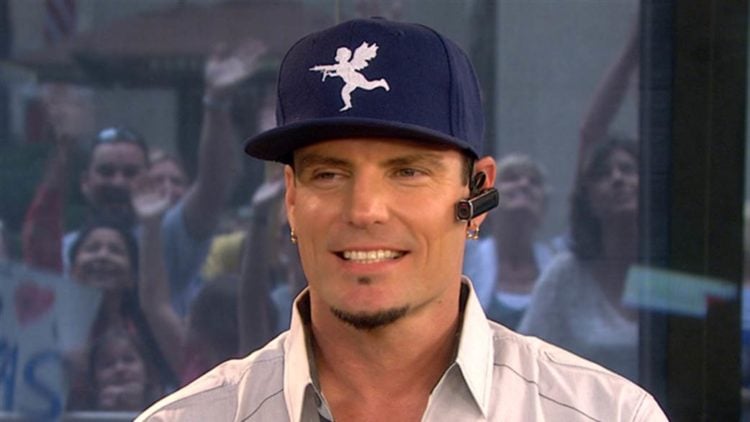 Vanilla Ice scored a massive hit in the 90s with ‘Ice Ice Baby’ but this was his only real hit. This is why it comes to such a surprise to many people that his net worth is more than $18 million. So just how did Vanilla Ice achieve his fortune? We will look at this in more detail below.

He was born in Dallas and has never known who his biological father was. He took the name of the man that his mother was married to when he was born and was named Robert Matthew Van Winkle. He began breakdancing with his friends in his early teens and because he was the only white member of the group, he was given the nickname Vanilla. When he joined a breakdancing troupe he used the stage name Vanilla Ice which combined his nickname and his signature dance move which was called The Ice.

In the late 1980s he began performing as a rapper and dancer club in Dallas called City Lights. He was offered this job after impressing the crowd on an open mic night. He opened for many famous acts that performed at the club such as Public Enemy, MC Hammer and Paula Abdul. The owner of the club, Tommy Quon, thought that there was commercial potential for Vanilla Ice and he paid for studio time where songs that Ice had performed in the club could be recorded.

When Ice Ice Baby got to number one in 1990, Vanilla Ice was only the second white rapper to have ever topped the charts. It was also the first time that a hip-hop record had been at number one. The catchy riff in the song from Queen’s ‘Under Pressure’ caught everyone’s attention and made the song an instant hit. The song was only supposed to be a B side for another single but a radio station made a mistake and played the wrong song.

The success that he had enjoyed with ‘Ice Ice Baby’ did not last. The album that the song came from ‘To The Extreme’ did quite well but he struggled to come up with a follow up that was as popular. He spent almost three years touring and these shows were a success but by this time he was becoming somewhat disallusioned with the music industry. He played the lead role in a film ‘Cool As Ice’ but this movie was not popular with critics and did not enjoy any real commercial success. He also developed a drugs problem which culminated in him taking a heroin overdose in an attempted suicide but his friends managed to revive him. After this he took a complete break from the music industry.

More recently, he has been working as a presenter for home improvement shows. He had a very successful show on the DIY Network called ‘The Vanilla Ice Project’. This show features Ice and his team as they renovated mansions and then sold them on for a profit. One of the reasons why the show was so popular is that it contained a lot of tips that people could adopt for their own home to make improvements. The show won the Best Home Show award at The Factual Entertainment Awards in 2011. Vanilla Ice has been involved in the property renovation business since the 1990s and has released free training videos that help people get started in this industry. The show has been running for seven seasons and features a different project in each season. Each individual episode focuses on a different room in the house so that by the end of the season the whole property has been completely remodelled.

Today Vanilla Ice has a net worth of $18 million. A large part of this is the value of his beach house in Miami which is estimated to be worth around $15 million. He has had a very successful career in the property market that not many people are aware of. The rest of the money comes from his career in the entertainment industry which has spanned almost 30 years. The fact that he largely disappeared from the public eye for a number of years, coupled with his drug addiction means that people tend to assume that he would be broke. However, this is not the case and he is actually a very wealthy man.