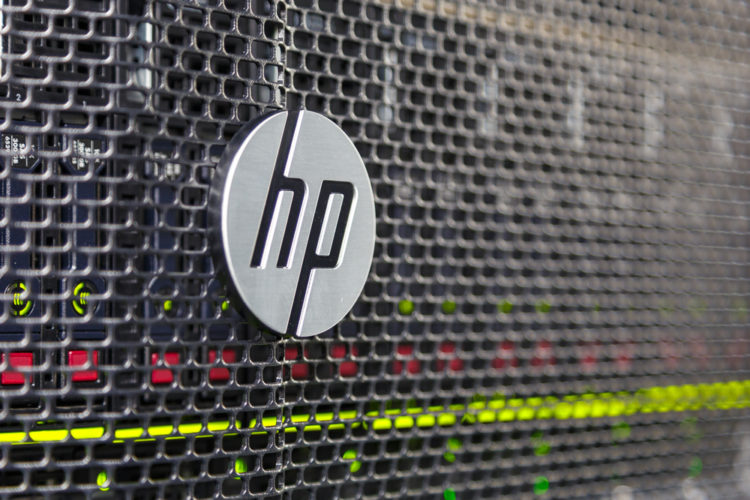 It’s hard to believe that HP has been around since 1939. Known previously by its full name, Hewlett Packard has been one of the most successful brands in the computer technology industry. The brand has always stayed true to its roots, focusing on tradition and simplicity in its products and designs. This brand characteristic has been reflected in the company’s logo since the very beginning. In fact, HP’s logo has remained largely unchanged throughout its 81 years of existence. All the changes in the logo over the years have accounted for something significant for the company. Hewlett Packard now only goes by its initials, HP, which has always been what the logo showed. Here’s a closer look at the history and story behind HP’s logo.

The first HP logo was probably also the most complicated one. The logo shows a large black circle in the middle with a lower case white HP printed in the middle. The entire name of the company, Hewlett Packard, flock both sides of the central emblem. There are also a variety of print throughout this first logo, which reflected the focus of the company during its first few years—electronic test and measurement equipment. The company’s first product was actually an audio oscillator, which can be found on the first logo print.

The second company logo came in the mid 50s, and it was a much-simplified version of the original. The logo was basically a black circle and the same lower case HP typeface right in the middle. This refinement for the logo also reflected what was going on with the company at the time. By the 50s, HP’s sales had reached $5.5 million and had become an international company. They have jumped into production of semiconductor devices and various other high-quality electronic products. By 1966, HP entered the minicomputer industry.

HP looked back to its roots and aimed for a more solid-looking logo. This time, the company felt the need to include the entire company name as part of the logotype. Written in heavy bold letters, the Hewlett Packard name stood on either side of the central logo, which is now had a rectangular center. HP added color to its logo during this time, a light blue on top of the central lower case HP insignia. HP chose blue in order to signify reliability and professionalism.

Perhaps the most popular logo from the company, this change in the HP logo was also the starkest. The entire logo became blue, and the Hewlett Packard name has been forever removed. The logo is a split up rectangle with a white circular center. This center holds the lower case HP logotype, also in blue and in bold face. During this time, HP has become more prominent in the computer hardware industry, and they’ve added several other products in their line including various desktops, CPUs, printers, and the like.

During this time, a second logo existed for the company. This one lacks the usual blue color of the regular logo. It also lacks the rectangular shape that surrounds the logotype. This other logo is all black with white letters. The white signifies loyalty and transparency, which were both important qualities for the company. HP has always prided itself in providing their customers only the best they could, and this disposition has stayed the same from the beginning until today.

For a short period after 2010, HP had another logo change. The company adopted the previous black logo to be their main logo, except this time the black would be replaced by the company’s typical blue color. The circular emblem would also be more streamlined without the excess lines leaving the circle. The white logotype is slightly bigger and so is the overall logo itself. It signifies the move towards the contemporary and more modern sentiments overall. At the same time, it also shows a strong sense of tradition for the company, generally a positive notion for HP’s part. It shows that the company has always had strong roots and stays true to its identity even when the need to adapt arises.

The last logo is basically the same as before, except this time the blue hue is slightly lighter and less glaring. The softer disposition of this logo is likely a matter of aesthetics, but the softer colors are more appealing over all. After many partnerships, acquisitions, developments, and productions, it’s an amazing testament for the company to have the ability to stay largely similar—as the logo portrays—even after so many years. During this period in 2015, Hewlett Packard announced that they had officially changed the company name to just HP, something that was almost prophesied by the company logo that has stood the test of time.

In 2016, HP released another logo made specifically for its premium products. This logo is the most sophisticated the company has ever created, and it also is the most different. It lacks the usual blue, black, and white colors that HP has used in the past. Instead, the premium HP logo features a set of four gold lines that represent human progress. Although this premium logo is elegant and stunning to say the least, it came with a few challenges and disapprovals. For one, the logo made it easier for counterfeiters to take advantage of the brand. In addition, many people claimed that it was such a departure from the company’s traditional branding that it almost didn’t make any sense to do. Still, many trust that the company actually knows what they’re doing, as they have been for the 80 years they’ve been around. There’s no sign that this premium logo would replace anything altogether. But as time have told, it’s likely that the HP will simply stay the same.