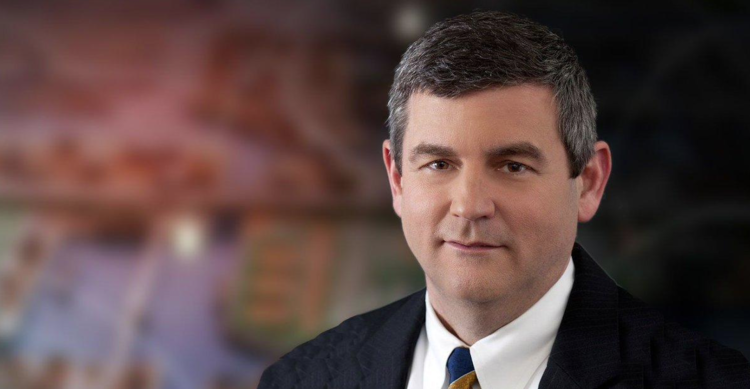 2. Studied At College of William and Mary

Later on, Petters secured a degree in business administration from the College of William and Mary as well. Said school is notable because it is the second oldest institution of higher learning in the United States, having been beaten out by Harvard University. As for its name, “William and Mary” refers to King William III and Queen Mary II of England, who were co-rulers because of the unusual circumstances by which they winded up on the throne.

During his time in the U.S. Navy, Petters served on the USS George Bancroft, which was a nuclear-powered submarine capable of launching ballistic missiles with nuclear warheads. This is impressive because submarine service comes with a whole host of challenges not found when serving on other ships, with examples ranging from being stuck in very limited space for prolonged periods of time to being cut off from communication with the outside world for prolonged periods of time.

4. Used to Be with Northrop Grumman

Petters used to be with Northrop Grumman. There, he rose through the ranks, with the result that he picked up experience with everything from production to marketing. As a result, Petters was the President of Northrop Grumman Shipbuilding when the shipbuilding businesses were spun-off, meaning that he was the natural choice for Huntington Ingalls Industries’ new CEO.

When he was still at Northrop Grumman, Petters held a number of positions that were related to the design, the construction, and the maintenance of nuclear-powered vessels for the U.S. Navy. This is perhaps unsurprising considering his previous experience with nuclear-powered submarines, but it is interesting to note that he was involved in the same processes for nuclear-powered aircraft carriers as well.

6. Has a Personal Passion for Early Childhood Education

Lots of CEOs have personal causes that they are passionate about. In Petters’s case, he is passionate about early childhood education. For proof, look no further than the fact that he receives just $1 of his salary as the CEO so that he can donate the remainder of the approximate $1 million in order to fund the education of his employees’ children.

7. Married to a Preschool Educator

Petters’s passion for early childhood education can sound strange, but it makes a lot of sense when one learns more about his family as well as his background. For starters, his parents were orange growers who sacrificed much so that he and his siblings could get the chance to go to school. Furthermore, his wife is a long-time preschool educator, while both of his daughters winded up becoming educators as well. As such, it is no wonder that Petters is so concerned about education, particularly since he sees it as being connected to the United States’s national security.

8. Sees Early Childhood Education As Being Connected to National Security

The logic is pretty simple and straightforward. In short, aircraft carriers and other sophisticated tools of war need enormous amounts of expertise and experience behind them, which in turn, calls for well-educated, well-motivated individuals. As such, neglecting early childhood education narrows the pool of talent that can be recruited into the relevant services as well as the relevant industries. In particular, Petters has been known to refer to a figure that just 25 percent of people are left over once one excludes the percentage of the U.S. population that hasn’t graduated from high school, the percentage of the U.S. population that has a criminal record, and the percentage of the U.S. population that can’t serve for some physical reason, which makes for a much smaller recruiting pool than what could exist with much better early education.

9. Can See in the Long Term

One of Petters’s reasons for being so concerned about this issue is that he spends more time seeing in the long term than most of his counterparts at other companies in other industries. This is because the kind of ship-building that he is responsible for is very much something that happens in the long term, seeing as a single aircraft carrier takes eight years to build before heading out for 50 years of service. With that said, it is interesting to note that Petters has also stated that he is lucky in this regard compared to a lot of other CEOs because they have to put so much more effort into surviving in the short term.

10. Believes that This Ability to Focus on the Long Term Comes with a Certain Responsibility

As such, Petters seems to believe that this ability to focus on the long term comes with a certain responsibility to speak out on long-term issues. After all, if he and his company don’t do so, there aren’t a lot of comparable entities in comparable positions that can do the same.