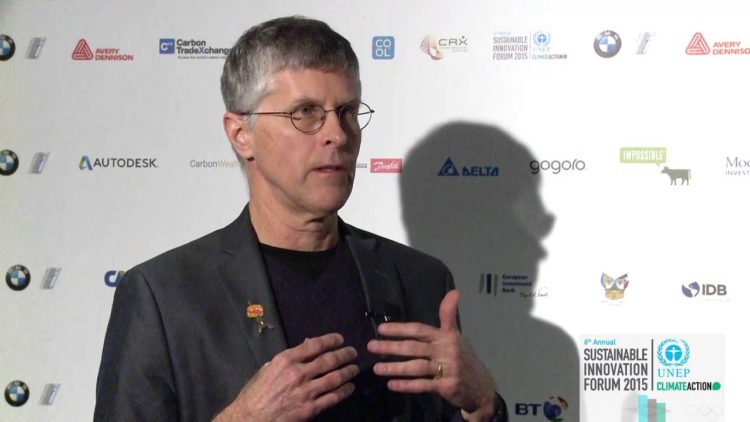 Pat Brown is the CEO of Impossible Foods. This is a company that has discovered a way to make meat substitutes that have the taste and texture of the real thing by using plant-based compounds. This is a company that has made an impressive showing in the food industry. Pat is a remarkable leader who has taken a good idea and turned it into a thriving business. To help you get to know him better, here are 10 things you didn’t know about Pat Brown of Impossible Foods.

Patrick O’Reilly Brown was born on September 23, 1954. He turned 65 years old in the Fall of 2019. He was born in Washington D.C. and goes by the nickname “Pat.” He is the founder of Impossible Foods and currently serves as the Chief Executive Officer, leading the company forward in its breakthroughs in processing meat substitutes that are remarkably similar to animal proteins.

2. Pat has a medical degree

Pat attended the University of Chicago and graduated in 1982 with his medical degree. He initially went into pediatrics, completing a 3-year residency program at Chicago’s Children’s Memorial Hospital. Although he had completed the requirements to open up his own practice, at the end of the residency, he saw the great need for basic research and he focused his career in that direction versus private practice.

3. He continued his studies past doctoral

After receiving his doctoral degree and completing his necessary residency, Brown accepted a fellowship for postdoctoral studies at the University of California. He attended with two 1989 Nobel Prize in Medicine winners, J. Michal Bishop, and Harold Varmus. They made significant contributions to the discovery of how genetics are involved in the start of malignant tumors.

4. Brown made his own contributions to medical science

Prior to founding a company in the food production industry, Pat Brown worked with colleagues to make some useful discoveries about the AIDS virus and other retroviruses and how the processes work at the cellular level to develop new effective drugs to combat these diseases. He is well versed in the study of DNA microarrays and his work is listed in the Public Library of Science.

5. Pat Brown is an award-winning researcher

Dr. Brown has dedicated a significant portion of time in his life to the study of diseases and the intricate ways in which they affect the body. His studies have helped to break down the processes and identify them in order to find treatments that will combat some of the deadliest diseases on the planet. His work has been widely recognized and he has been the recipient of multiple awards. In 2000, he received the NAS Award in Molecular Biology. In 2002 he earned the Takeda Award and in 2005, he was given the Curt Stern Award.

6. He left research to improve the foods we eat

Pat Brown is passionate about his work. He understands the importance of nutrition, but he also knows that the majority of people will only eat foods that are visually appealing and tasty. He left his other research endeavors to devote his time to the development of meat and dairy products that are solely based on plants, versus animal products. His goal is to first ensure that they are nutritious while making each product as close to the animal-based products as possible with regard to appearance, smell, texture, and flavor. He embarked on this journey in 2011.

7. He cares about the environment and everyone in it

Brown’s goals are fairly simple, but they do have long-reaching implications. He researched the impacts of animal farming on the planet and begin looking for ways to reduce the need for these activities. His plant-based products help to cut down on the carbon footprint left by the processing of animal products. In a dual benefit, they also provide healthier nutritional sources for consumers.

8. He is an Ivy League professor

Brown has a great deal of training and experience in biochemistry. He is using these skills and knowledge to help others. He took a sabbatical from the position he had at the Stanford University School of Medicine, to establish his new company. He served as a professor of biochemistry at the prestigious ivy league school.

9. Pat Brown’s work could have a positive impact on the world

One of Brown’s goals is to create superior food sources made of sustainable plant-based materials. This could have a positive impact on global health with far-reaching benefits as the world that we are living in today is changing at such a rapid pace. His expertise in biomedical research combined with knowledge of the unique nutritional needs of the human body guides him in the development of foods that could become the mainstay of future diets on a global level. The specialized segment of the food industry that he occupies isn’t new, but there have been a lot of amazing discoveries and developments taking place. He understands the mechanisms of biological regulation and this is a confidence builder for those who are looking for superior food sources to enhance their own health and fitness. His credentials are flawless and he is precisely the kind of person that we want to produce new healthy food products.

10. He has co-founded other companies

Pat Brown is also an entrepreneur who has founded several companies and organizations. In addition to founding Impossible Foods Inc. in 2013, he also founded Lyrical Foods in 2011. He is still active in the business affairs of that entity. Pat is a co-founder as well as a member of the board of directors for the Public Library of Science. It was established in 2002 to provide others with open access to the important information available in medical and scientific research. He is a teacher at heart and he believes in freely sharing the knowledge that he and others have gained with everyone in the world.