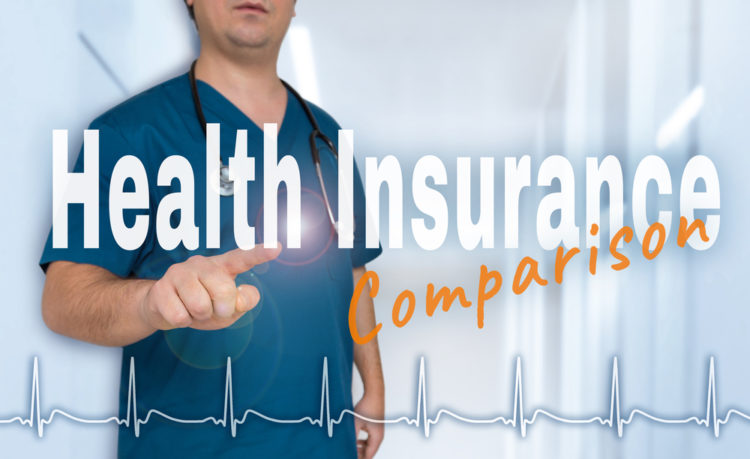 Insurify is an American company that provides a website for comparing insurance companies and plans for consumers. It offers a convenient platform that helps people to find the best rates and insurance companies for their particular situations. The company has earned high ratings from consumers and it is making waves in business news with investors taking interest in the future of the enterprise. If you’re not familiar with this insurance platform here are 20 things you didn’t know about Insurify to bring you up to speed.

Insurify is a consumer insurance comparison shopping website, with its physical headquarters located in Cambridge, Massachusetts. According to Wikipedia, the company has obtained licenses to operate in all fifty of the United States. It has developed partnerships with some of the largest insurance companies in the nation including Liberty Mutual, Farmers, Nationwide, and others.

2. Insurify has been in business for 8 years

Insurify has made it past the make or break period for most new startups. It was founded in 2013 and has become an established operation with financial stability and a solid customer base. The founders are Snejina Zacharia, Giorgos Zacharia, and Tod Kiryazov. All three are talented professionals who bring years of experience and expertise to the mix.

3. It took 2 years for Insurify to become active

Although Insurify was officially founded in 2013, the company was not fully operational until two years later. It took a lot of time and effort to get the website up and running, as well as to form the necessary partnerships for providing consumers with useful information. In 2015, Insurify offered its first online insurance quote comparison marketplace for the public. It was first offered to people in Florida, California, and Texas and provided information about auto insurance policies and plans.

4. Insurify has a user-friendly format

The format for using the Insurify site is designed to be easy for anyone to use. It consists of a website that contains a form that asks simple questions to bring up insurance offers from its various partners in the insurance industry. Users create a profile that consists of their zip code, driving history, vehicle, and other relevant information to obtain a variety of insurance plans they may qualify for along with rate quotes. This allows them to compare the plans that they are eligible to apply for.

Insurify took a moderate approach to its growth and expansion. When the site first launched, it only offered information for people in three states. By 2016, it had expanded coverage areas to include thirty states. This was thanks to a round of investor funding that provided the necessary funds to complete the expansion into new territories. By 2021 Insurify had established a presence in all 50 states with licensing to operate legally. It also added new partners including Liberty Mutual, The General, Safeco, The Travelers Companies, nationwide Mutual Insurance Company, and Metlife.

Insurify has diversified its operations to include home insurance comparisons to its original base of auto insurance rates. The website operates an expert virtual insurance agent, also known as Evia that allows users to search for auto insurance using their smartphones. They text a photo of their license plate and the automated system uses the information to cross-reference the major databases to arrive at the best possible rates. It also uses a proprietary software system called RateRank, which was invented by Insurify. It matches the driver’s profile and risk levels to the best possible insurance carriers to obtain coverage.

7. Insurify is a versatile company

According to Crunchbase, Insurify is listed across six different industry categories. This is because of the broad scope of services it offers and the complex array of technologies it uses. It’s listed under Auto Insurance, Home Services, InsurTech, Life Insurance, Price Comparison, and Artificial Intelligence industries. Insurify can help users to avoid lengthy phone conversations to get an insurance quote and it also eliminates the risk of being pressured into purchasing by high-pressure salespersons. It’s a convenient online resource that is hassle-free.

8. Insurify uses a complex set of technologies for its website

The Insurify website actively uses 51 technologies to power its website. This complicated set of technologies helps to ensure that users benefit from the full potential of the functionality of the site for a smooth and seamless experience during their visits. The technologies are distributed across 46 technology products and services. Some of them include jQuery, Google Analytics, HTML5, Viewport Meta, iPhone Mobile Compatible, and several others.

9. Insurify has a high overhead for IT

We also learned that Insurify spends a pretty penny on its IT. The massive number of technology products and services that are required to provide convenient services for users costs a lot. The projected budget for IT for 2021 is estimated at $101.9K. This includes the various technology services and software that are paid annually to scale for the size of the operation, exclusive of the costs for technicians to keep everything running smoothly.

10. Insurify has secured a patent and trademarks

Insurify has carved a niche for itself in the insurance industry by being different. Every business needs to have at least one aspect that sets it apart from the others. Insurify has secured one registered patent in the electric communication technique category. On top of that, it has secured two registered trademarks in the advertising and business categories. This ensures that Insurify’s services remain unique when compared to its competition in the business.

11. Interest in Insurify has been on the increase

The analytics for the Insurify website shows that the number of monthly visits to the comparison website has increased over the past 30 days. There were a total of 783,458 visits which represents a monthly visits growth of 7.04 percent. The total number of visitors has resulted in Insurify achieving a ranking of number 56,431 of the millions of websites that are registered on the world wide web. It’s one of the most popular and has a good volume of web traffic.

12. Insurify is the most popular in the United States

13. Insurify has a core leadership team of 5-members

The core leadership team at Insurify is comprised of five members. Snejina Zacharia is the founder and chief executive officer. Tod Kiryazov is a co-founder and chief product officer. Steven Moseley is the director of engineering. Hayden Broberg is the vice president of partnerships. Gene Shkolnik is the chief technology officer.

14. Insurify has a 5-member board of directors

15. Insurify is a venture capital-backed enterprise

Insurify has participated in four rounds of venture capital fundraising. The most recent was a Series B round that closed on September 1, 2021. The total amount raised through the fundraising activities is $129.6 million. The most recent investors to join the efforts are Moneta Venture Capital and Viola FinTech.

16. Investor confidence in Insurify is high

Insurify has successfully attracted several large venture capital investors to help it reach its planned business goals. These investors have high confidence in the company’s ability to grow and provide a good return on the dollars invested in its future. Insurify is backed by ten investors with six lead investors. In addition to Moneta Venture Capital and Viola FinTech, there are 8 more investors on board. The list includes Nationwide Ventures, Hearst Ventures, Fort Ross Ventures, Motive Partners, also a lead investor, MassMutual Ventures, Viola Grown, and two other anonymous investors.

According to Techcrunch, Insurify has yet further expanded its offerings of insurance comparison quotes. It previously offered only auto, adding home later, and it now includes life insurance quotes. The digital comparison program includes over one hundred different insurance carriers to find the ideal insurance package across the three types of products offered. It also offers quotes on renters insurance plans, but the main focus remains upon its original product, quotes on auto insurance.

18. Insurify has an operation in Sofia, Bulgaria

Insurify has expanded its presence beyond the United States to include an office in Sofia, Bulgaria. It moved quickly when a company called SkyhScanner was forced to lay off its staff. The engineers needed jobs and Insurify moved in to open a breach to help address the need for auto insurance in the region. The virtual agent was just what the locals needed as finding auto insurance was difficult in the area. Insurify obtained the full licensing required to operate in Bulgaria and it also provides people in this country with quotes from local providers.

19. Insurify has plans to expand into other markets

Insurify’s leadership has plans to improve the personalization provided by the Insurify website with better tailoring and real-time direct quotes from carriers. They also plan to find more embedded insurance opportunities as well as expand into other verticals. One area of the insurance market that they’re eying is pet insurance, which is becoming more popular and in-demand. The recent surge in popularity of the site and its comparison tools are believed to be a direct result of the ongoing pandemic and the fact that people prefer to do as much shopping as they can online. This is the perfect timing for adding new verticals with so many shoppers moving to an online venue for their insurance and other needs.

20. Insurify is growing its operations

Insurify is following through on its plans to grow and expand its operations. According to LinkedIn, the current workforce for Insurify is made up of 93 staff members. We noticed that Insurify has listed 41 new job openings on this site. The majority of the new positions are for workers at the Cambridge, Massachusetts site where the headquarters is located. The remaining 8 job openings are for the new office in Sofia, Bulgaria. We can assume that Insurify has found a solid niche in the market for its services in Bulgaria. This makes Insurify an international company with a network that is forming outside of its home base in the United States. This is an exciting time in the development of the company that signifies a new stage of growth and expansion into international markets. We’ve not yet heard if they plan to take things further into the European market yet, but time will tell. For now, Insurify is on the move and growing with a solid trajectory for success.