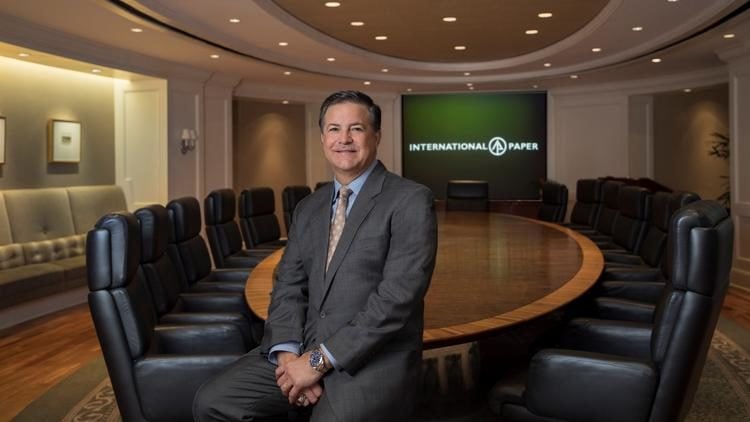 Mark Sutton is the Chief Executive Officer of International Paper. This is a company that’s been around for decades, so long that many people actually take it for granted. As a matter of fact, Sutton himself has been at the company for quite a long time. If you want to know more about the person that controls this powerhouse of the company, read through these 10 things listed below.

1. He’s been with the company for more than 30 years

Sutton actually got his start with the company in 1984. Since then, he’s been working for them continuously. These days, it’s not very often that you run into someone that’s worked for the same company for so long. This is especially true in a time when so many individuals continuously job hop from one company to the next as they search for a place that expresses all of their own ideas and values.

From a very young age, Sutton had his sights set on success in business. Once he graduated from school, he knew that the first thing he needed to do was get a quality education and he chose Louisiana State University as the place where he would pursue that goal. He never was one to make it easy on himself, so he chose a challenging program, to say the least. More on that is discussed in the next paragraph.

3. His degree is in electrical engineering

You might think that his degree would be in business since he is the Chief Executive Officer of the company. In reality, he got a Bachelor’s degree in electrical engineering. Clearly, this is definitely one of the more challenging fields that anyone could decide to go into. Not only did Sutton take it on, but he did very well during his stint at the university and came out with a bachelor’s degree. Then you might say that his career took something of a different turn but it didn’t happen right away.

4. Like most CEOs, he sits on several Boards of Directors

He sits on the Board of Directors for companies like Kroger and the American Forest & Paper Association. This is not at all uncommon, as most CEOs have several additional responsibilities that they have to see too. Sutton might have a few more than most, but he doesn’t seem to have any trouble getting everything accomplished.

5. He also heads up business relationships between the US and Russia

Several years ago, he was tasked with heading up relationships between the United States and Russia at International Paper. To this day, he still maintains some of his duties from that position, working with the country in order to better facilitate materials, handle logistics and deal with company relations.

6. He developed his managerial skills at International Paper

As previously mentioned, his degree is in electrical engineering. He didn’t start out in a managerial position at International Paper. By the same token, he wasn’t working as a manager at another company where he could simply transfer in. He spent time putting in the effort to work his way up the ladder the old-fashioned way.

7. He started out in the same types of jobs that any employee my find themselves in

As a direct result, he started in an entry-level job at International Paper, albeit one that required a college degree. From there, he let his work ethic do the talking for him. He definitely made a good impression on his peers and supervisors alike, and it wasn’t long before he was given promotion after promotion, with each one giving him more responsibility than the previous position. This is how he became CEO of International Paper.

8. He looks at work from a unique perspective

There was the time when his perspective would not have been considered unique, merely admirable. However, things have changed a lot over the decades and these days, his approach to work is something that many people, especially those of the younger generation, don’t frequently see. He believes that each person has the capability to do anything they want, provided that they’re willing to take the initiative and put in the time and effort in order to make it happen.

9. He knows that the basis for success is a desire to succeed

He firmly believes that if you have a passion for something and you truly have a desire to succeed, you will find a way, regardless of the obstacles that might be in front of you. Even when things don’t happen right away, he is living proof that if you’re willing to stay the course, you can achieve anything you want.

10. He also values a good education

He also knows that when you have a good education, that can serve as the foundation for anything. Your education doesn’t necessarily have to be in the field you ultimately want to be in, as long as you go get an education in something.