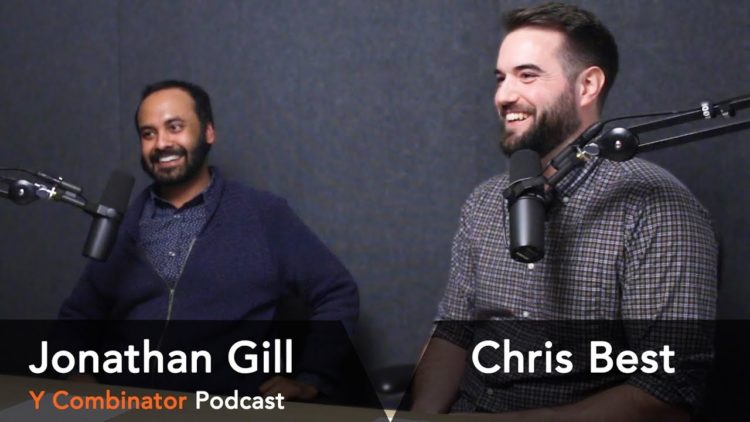 Chris Best was always keen on how people interacted; therefore, even when he worked at Kik Interactive, Inc. as the CTO, he ensured that the messenger app broke the ice between two people who were about to have a conversation. The commitment towards seeing a more interactive platform saw him become the co-founder of Substack that sends paid email newsletters. He believes that the model will be dominant in the media industry as people learn to appreciate their time and spend their money reading something worthwhile. If you are yet to come across Chris and what his business is all about, here is your chance to learn more about him.

1. His advice to the future generation of entrepreneurs

Anyone hoping to remain in business for long searches for a gap in the market and seeks to fulfill it. Chris understands the importance of filling the demand gap; therefore, he advised the future generation of Canadian founders to build something that consumers need. It makes no sense to start a business providing services or products that consumers can already readily get from other suppliers because there will be no demand for your commodities.

2. He believes any prospective entrepreneur should be mentored

They say iron sharpens iron, and Chris subscribes to this school of thought as he discussed with BetaKit. When he was still the CTO at Kik, Chris Best knew that they faced stiff competition since they were a consumer company in Canada. As a result, he said it is important for any entrepreneur to seek mentorship from those who have experience. Someone once said we cannot live long enough to make all mistakes on our own hence we must be educated by other people’s errors, especially if we want to go down the same path they went.

According to his LinkedIn profile, Chris attended the University of Waterloo, where he graduated with a bachelor of applied science- systems design engineering degree. The institution is ranked #41 in universities offering engineering programs, making it a good choice for anyone seeking to explore engineering as a career option. Chris must have been a bright student since the University of Waterloo is rated the hardest Canadian institution to get into because any prospective student must demonstrate strong STEM credentials to be accepted. The CEO also lists Y Combinator as another place where he received his education in 2018; Y Combinator is a company created to provide seed funding for startups.

A day that passes by without you having learned anything is a day wasted, and with books readily available to expand our knowledge, Chris does not allow the sun to set without perusing a few pages. His favorite book is “The Death and Life of Great American Cities” by Jane Jacobs. The book was first published in 1961 and is described as a no-nonsense guide to making cities vibrant, lively, and humane places for people to work in and live. It criticizes the 1950s urban planning policy that is blamed for the deterioration of many US cities and neighborhoods.

5. He met the co-founders of Substack at Kik

Chris worked at Kik Interactive, Inc. for eight years till he left in January 2017. While there, he forged a friendship with McKenzie, who was in the communications department. Although Chris left the company, the two men shared a goal- to rectify the breakdown they had observed in the media industry. Therefore, they needed a developer, and since Chris had worked with Jairaj Sethi at Kik, and considered him the best in what he did, they convinced him to be a third co-founder.

6. His platform has benefitted from the COVID-19 pandemic

Businesses have been adversely affected by the coronavirus pandemic, but Chris has nothing to complain about in his. When he talked to Protocol, the CEO revealed that within the first three months of the pandemic, the revenues increased by 60%, while readership and writership doubled. He explained that with people spending more time at home, they are better placed to start the writing project they have been postponing for so long, and readers have more time to read.

7. Why Chris and his two friends founded Substack

With people hiding behind their keyboards, social media has become the main platform for spreading propaganda. Chris saw that as a significant problem because the truth was no longer the main agenda, and social media account owners are reaping massive profits from online advertising. Therefore, he wanted to write an essay to address the issue and asked McKenzie for his feedback. Together, they thought it best to build a company to help resolve the problem instead of looking for the right website to publish the essay. That way, writers could be encouraged to continue writing as readers subscribe to their newsletters.

8. Where he got the inspiration to start Substack

Ben Thompson is the founder and author of Stratechery, a subscription-based podcast newsletter that mainly features tech news. Chris and his friends had heard of Ben encouraging people to copy his Stratechery model because it works, and they decided to take the plunge. Therefore, the trio launched the first version of their product, testing to see if it worked with their first publisher, Bill Bishop. Since by the end of the first day, Bill had accumulated six figures of revenue, Chris and his business partners saw the idea was worth pursuing.

9. He built the first version of the site on his own

Some famous billionaires began working in their garage to build their current business empires, and Chris also started working on the initial production version of Substack while in his bedroom. One of his co-founders, McKenzie, disclosed in an interview with The Geyser that Chris would lock himself up in the bedroom, not caring much about his hygiene and worked tirelessly till the first version was complete.

10. He is acclaimed as one of the best developers

Chris is a skilled developer hence his ability to have co-founded two companies that require exceptional technical skills. He flaunts his knowledge in algorithms, mobile applications, software design, and object-oriented design. However, regardless of how confident he is of his skills, only those who have worked with Chris can recommend his services. They have even gone ahead to endorse him in both software engineering and development.