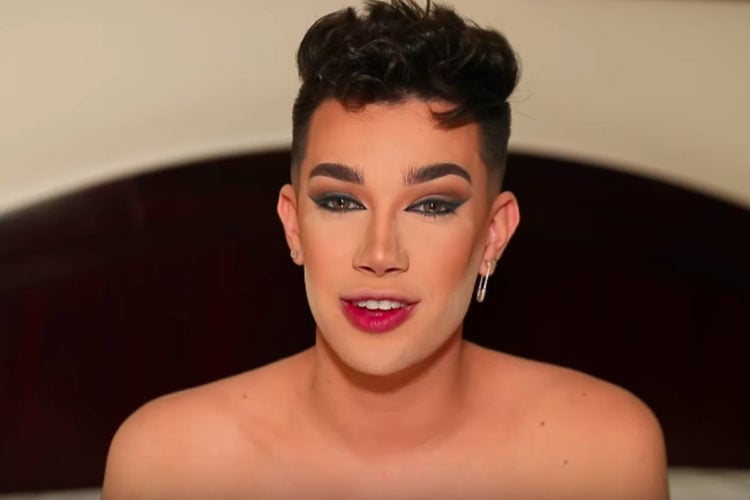 The Internet and social media in particular have been the force through which people young and old have literally increased their net worth by millions of dollars. Some of that income comes from YouTube, while Instagram and Twitter are also contributors simply for making a video. In fairness to success, it takes a certain type of personality along with a unique idea to cross the bridge from being present on social media to collecting followers and views that translate into dollars.

James Charles has yet to reach his 21st birthday, yet has an estimated net worth of $12 million. His real name is James Charles Dickinson, so he isn’t hiding behind a pseudonym or stage name. He is an example of how someone can make tons of money on YouTube without resorting to gimmicks and having a product or service to sell that is in demand. For Charles, that service is providing viewers with his personal take on beauty and makeup. The YouTube numbers alone speak volumes. He has an estimated 16 million subscribers and more than 1.5 billion views of his videos – and counting. At the age of 17 he was Cover Girl’s first male ambassador, standing alongside the very famous Katy Perry who also was given the honor.

There are many unique and controversial aspects of Charles’ personality and career, some of them hitting him directly in the social media pocket book. He claims to be openly gay, has a knack for stirring up drama, and brought the city center of Birmingham, England to a standstill. For someone who has yet to celebrate his 21st birthday, he shows remarkable maturity in handling both success and adversity. People who are successful on YouTube or basically anywhere on social media know how much work is required to become one of the Internet’s top personalities. He has recently explored filmography and has appeared in the music video, “Sally Walker.”

As for his interesting choice of career, he did what a good number of people have done to get to the top – he climbed the ladder. It stands as a lesson for people who want to be successful on social media. Work hard and be creative, and you can start at any age. He has his share of critics, including a YouTube competitor who jeopardized his social media career. That single event cost him to set a YouTube record – but not of the good kind. In a mere 24 hours he had managed to lose 1 million of his subscribers before rebounding.

The story behind setting the record starts with YouTuber Tati Westbrook, who in 2019 posted a lengthy video hitting at the heart of James Charles brand. Among the accusations were that Charles was disingenuous and took advantage of heterosexual men. It had been reported that he dated girls while in high school. Yet the fact is that Tati was a beauty YouTuber herself, and there had been an ongoing feud between the two regarding beauty product competition. Tati has about 10 million subscribers, so whether the accusations were valid or not there was plenty of YouTube drama to follow for their combined 25 million subscribers.

If Charles has learned the value of drama in the arena of social media, it is to his credit that he has used to amass a small fortune. Statistics show that 85 percent of YouTube visitors go there for entertainment. If it‘s drama you are looking for, and the beauty genre of YouTube is a primary or secondary interest, Charles will provide entertainment value. What he has also learned is the strategy of the public apology.

Case in point. Several years ago Charles made a derogatory comment about Africa and the Ebola disease. ““I can’t believe we’re going to Africa today omg what if we get Ebola?” The problem was he did it on Twitter, and it was shared an unfortunate number of times. But he quickly did the necessary damage control, publicly apologizing for the statement and told his fans that it was part of growing up. Realizing that people in general are much quicker to overlook the faux pas of youth, he simply fell back on this basic human rule of thumb – and social media. How long he can continue to fall back on this idea and keep the money rolling in remains to be seen.

We can look to one of the most popular YouTubers to support this concept of forgiving the errors of youth – PewDiePie. PewDiePie has no need for more subscribers nor fear of losing them, as he has a past of being at the center of controversies himself. For this YouTube powerhouse to chime in defending Charles says a lot when addressing the aforementioned controversy with Tati Westbrook. “Tati is 37 years old. James Charles is still a teenager. For a mother figure to just completely drag this kid — no one has a problem with this?”  The argument against Westbrook isn’t that her accusations and the facts weren’t true, but that the 20 year age difference provided social media immunity from harsh criticism.

All of Charles’ personal characteristics have melded together to create a dramatic personality in a very competitive and crowded YouTube genre. Having reached a net worth of more than $12 million before his 21st birthday and met international stars such as Katy Perry, it is hard to think that the sky is not the limit for his future. He manages to create enough drama that will attract viewers and subscribers alike, then sidesteps all the landmines that can potentially derail his career. It seems he definitely has a strategy, and we can expect that strategy to change as he gets older and his career matures. For most people it is hard to imagine having $12 million at age 20, but the question is whether he wants to continue the drama or take his money and retire from social media.