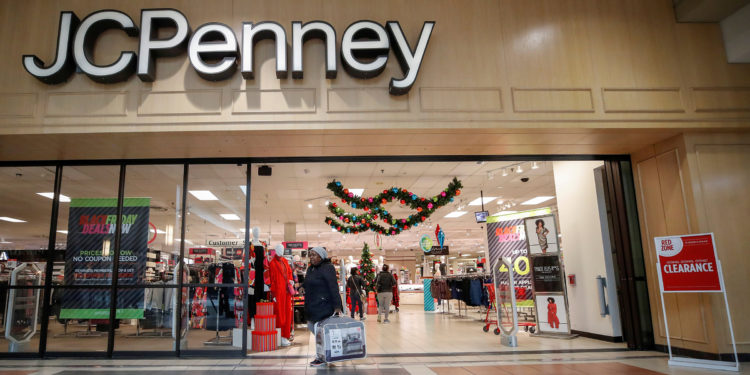 It was 1902 when the first JC Penney opened its doors. Over the course of the next 15 years, J.C. Penney, the Missouri-born businessman who opened the retail chain grew his one store into more than 175 stores. Today there are more than 1100 stores in each of the 50 states as well as in Mexico and a few other locations around the world. The store has been in a rapid decline since the economy crashed in 2008. JC Penney has steadily been losing money since, and things for the retail giant took a turn for the worst when in 2012 former CEO Ron Johnson took over and pretty much ran the store into the ground.

In his 16 months as CEO of the company, Johnson used up much of the company’s cash, sales declined and almost 20,000 people lost their jobs because of his inability to make positive changes within the company. However, even though a new CEO took over in 2013, the company is working to make big changes so that the store can live on. One of the biggest changes that the store is the pricing. JC Penney now offers discount sale prices on everything, and then offers more sale prices on those. Additionally, the overall look of the store has changed. While we are still not sure whether or not this is going to have a positive impact on the company’s future, we do know that the store is working hard to please customers.

If you’ve been considering a JC Penney credit card, you might want to consider what the card has to offer in terms of rewards.

JC Penney as some of the best credit card rewards in the retail industry. For each dollar you spend at JC Penney, you earn 1 point. For every 100 points you earn, you receive a $10 gift card to the store. You can earn up to 10 gift cards every single month, which means that for every $1000 you spend, you get $100 extra to spend. That’s a pretty significant earnings reward; and that’s just one of the many reasons customers love this card so much.

Rewards are earned on every purchase, and all purchases earn the same amount. It doesn’t matter if you’re in the photo department, the salon or buying home goods or clothing for the entire family; you will get 1 point for every $1 spent.

There are three available card levels at JC Penney. The first is the regular JC Penney credit card, then there is the gold card and then there is the platinum card. Anyone can have a regular card provided your credit is good enough to warrant the issuing bank to give you a card. While the card is one that might be given to people with less than perfect credit, it’s more likely that you will be declined for credit if your score isn’t at least good or better. Additionally, you will have to deal with the card limit the company issues based on your credit score. Many people complain that the card limits are low, but that’s in order for the company to protect itself when they issue cards to consumers with a questionable credit history.

To obtain the gold card, you’ll need to spend at least $500 on your JC Penney card over the course of two or more shopping days throughout the year. To obtain the platinum, that amount has to be more than $1000. These levels offer you more benefits, such as free $10 and $15 gift cards in the mail throughout the year, sales offers and even free shipping on your online purchases.

Most people who have this card love this card. It’s easy to use, payment options are plentiful and customer service is friendly and helpful. Many cardholders who have less than perfect credit state that while they were first given lower credit limits with JC Penney, they were just happy to be given a card at all, and they were very appreciative that after making several timely payments each year they are offered frequent credit limit increases.

There are some reviews from cardholders that have a very common complaint; their credit limit was dropped without notification. These customers have admitted to having made one or two late payments and even no late payments to JC Penney, but their limit has decreased anyway. The company, however, retains the right to lower credit limits and close accounts when they do a periodic credit check and find that a cardholder has had negative hits on their credit. In the fine print, it clearly states that cardholders are giving JC Penney the right to check their credit periodically to maintain whether or not they want to allow cardholders to keep their limit, increase their limit, decrease their limit or even close their account.

Another common complaint that some cardholders have is that the company does close inactive accounts after a few months. It’s a fairly common complaint among those who do not use their cards often and keep them paid off in full that if they go around 6 months without a balance and without using the card, JC Penney will close the card. It does not affect the credit of the person whose account is closed, but it does require that person to reapply if they would like to maintain that card, and that can have a negative effect on your credit score. If you do plan on applying for this card, make it a habit to use the card even for just a minimum purchase once a month or so to keep the card active.

Aside from those common complaints, however, there are very few issues with the JC Penney credit card in terms of customer satisfaction.