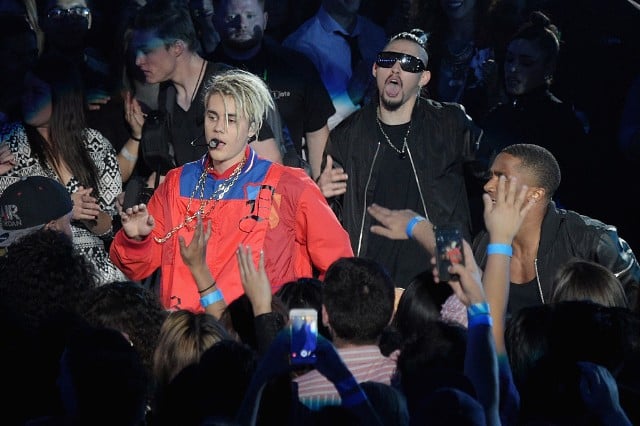 Good news, Beliebers! You can start off 2017 with the ne plus ultra of Justin Bieber experiences and have a New Year’s Eve celebration that you’ll never forget. The Fontainebleau Miami Beach, a five star hotel in the heart of the strip, is offering the Justin Bieber Ultimate New Year’s Eve VIP Experience to one and only one taker. That’s right — the first person to pony up the asking price for this package gets it.

Oh, and the cost? Well, it’s just a little pricey: half a million dollars. US currency, of course. And no, we’re not kidding; this monster of all New Year’s Eve parties really costs $500,000.

According to the Fontainebleau Miami Beach website, Bieber’s VIP package is “an exclusive and lavish New Year’s Eve experience that allows guests to indulge in the Miami Beach celebrity lifestyle with Justin Bieber, Skrillex, and Marshmello.”

In case you suffer from Bieber Fever and missed that last part, just to be clear, the party is not just with Bieber. However, we’re pretty sure it would be just fine if you ignored the other two artists and devoted all of your attention to the Biebs. He seems to like attention.

Anyway, this package is for up to ten guests, so if you max out your invite list, it’s really $50,000 per person. And really, the package is pretty extravagant. Here’s just some of the things you’ll get:

Let’s be real: a $500,000 VIP experience, with or without Justin Bieber, wouldn’t be complete without a slew of high end extras. Fortunately, the Fontainebleau has thought of everything. When you buy the Justin Bieber Ultimate New Year’s Eve VIP Experience, you also get the following:

We have to admit that this sounds like an impressive package and that the Fontainebleau does seem to give you a lot of posh things for your money. Is it all worth $500k? Well, that’s up to you. Value, much like beauty, is always in the eye of the beholder.

Any Takers Out There?

Believe it or not, it appears that no one has stepped forward to purchase this totally premium but admittedly expensive New Year’s Eve experience, as it’s still very much available on the Fontainebleau website. It probably will get snatched up by the end of December, but that’s just over a month away. And will the buyer actually have to fork over the full asking price for the privilege of having everything listed above? As always, it very much remains to be seen.

But wait — do you want to see the Biebs perform on New Year’s Eve, even though you just don’t have six figures burning a hole in your pocket? It’s no trouble at all. For just $50,000, you can purchase a side stage private space at his Fontainebleau performance. It can accommodate up to 25 of your closest friends, and yes, that price includes top shelf open bar. But that’s it.

OK, is $50,000 still too much? Not a problem. A paltry $500 will buy you one general admission ticket to Justin’s poolside performance. That’s just one ticket, though; if your friends want to come party with you, they’ll need to buy their own ticket. Yeah, $500 is still a lot, but you do get that premium open bar with it. However, we advise that you not try to get your money’s worth by over consuming. We know it’s New Year’s Eve, but you still need to be responsible.

If you’re passing on the VIP package but want to also check out the Skrillex and Marshmello sets, general admission tickets cost $300 and $200, respectively. Both shows will include top shelf open bar as well, but you won’t have a private escort between them; you’ll need to get yourself there and back all on your own.

Now that you know a few of your New Year’s Eve options, from the VIP to the plebeian, we just have to ask: what are you doing New Year’s Eve?