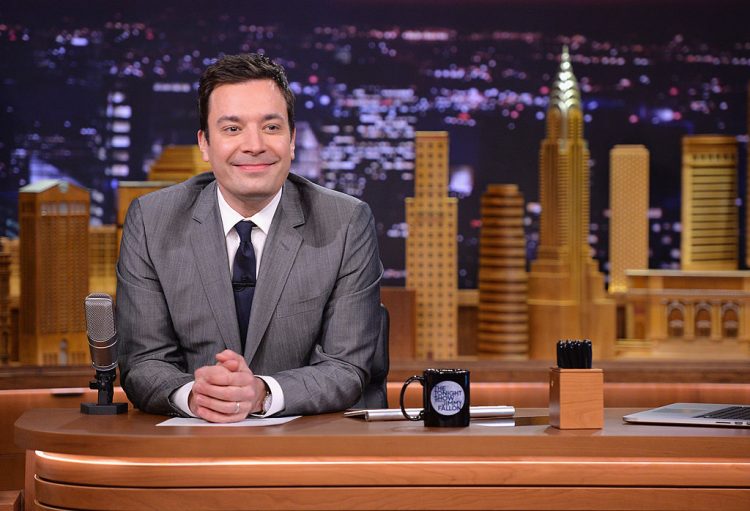 Jimmy Fallon is a well-known comedian that rose to comedic fame from the roles he played on the popular long running late night sketch comedy show, Saturday Night Live. Born on September 19, 1974 in Brooklyn, New York, Jimmy Fallon’s comedic performance career started as early as high school, but his love of comedy started years before. After graduating high school, Jimmy Fallon attended college, but dropped out of school to focus on his dream; a career in comedy. His dream job was to earn a permanent part on SNL. In 1998, he achieved that dream and remained on the show for six seasons, until 2004. He became well-known for his co-anchor sketch “Weekend Update” with Tina Fey, as well as his impressive, spot-on impressions.

Within five years of leaving Saturday Night Live, Fallon had reached what many would consider the ultimate comedic level – he had his own successful late night called Late Night with Jimmy Fallon. In 2014, his career took a giant leap forward as he took over for the infamous Jay Leno and became the host of The Tonight Show Starring Jimmy Fallon.

Fallon has won several esteemed awards throughout his career. These awards include he Critics Choice Television Award, the Peoples Choice Award, not one but three Emmy awards, a Grammy and the Webby Person of the Year Award. In 2010, he was chosen to host the 2010 Primetime Emmy Awards show. In addition to being a famous celebrity late night talk show host, Jimmy Fallon is a wonderful husband and father.

He lives in New York with his beautiful wife, two adorable young daughters, and their female golden retriever.  Here are 20 things you might not know about Jimmy Fallon:

1.  At the end of his eighth grade yearbook, Jimmy Fallon’s teacher listed her predictions of what would become of her students. For Jimmy Fallon, she wrote this line, “James Fallon will replace David Letterman on the Late Night Show.” Apparently, Jimmy Fallon was destined to become a famous celebrity comedian, even at a young age.  Seriously, how many of these predictions have ever come true in the history of the world?  This one’s awfully impressive.

4. While performing on Saturday Night Live, Jimmy Fallon picked up an unexpected side gig. Brace yourselves for this… He posed as a Calvin Klein model. Yes, you read the right, Jimmy Fallon was a Calvin Klein model in 2001. He posed and was featured in a print ad as well as free postcards.  Why this hasn’t been more exploited throughout Fallon’s career remains a mystery but hopefully someone will bring it up soon.

5. Jimmy Fallon blew his chance to date Nicole Kidman. Even though they are both happily married now, he looks back on this chance encounter and wishes he had done things differently. Both of their accounts of what transpired vary slightly. It sounds like a mutual friend of theirs was trying to set the two of them up.  Nicole Kidman remembers the encounter as a mutual friend telling her Jimmy Fallon wanted to meet her. She went over to his apartment, but he was quiet, put a video game on the television, and acted uninterested in her.  She mentions that she remembers liking him back then. Jimmy Fallon remembers the encounter as the same mutual friend calling him to say Nicole Kidman wanted to meet him to discuss “Bewitched” and would meet him at his apartment in ten minutes. Either way, the end-result of this first meeting is the same – Jimmy Fallon blew his chance with Nicole Kidman.

6. NBC executives were initially not happy with the choice of Jimmy Fallon taking over for Conan O’Brien on the Late Night show. Obviously, now they are beyond satisfied with this casting choice as he is the host of their late night show The Tonight Show. At the time, though, they were less than thrilled with him.  Like many other revolutionary acts, it took time for Fallon to settle in and for audiences to get used to him.  Once they did, the show became a hit.

7. Jimmy Fallon is not only an amazing actor and brilliant stand-up comedian that performs spot- on impersonations. He has amazing musical attributes as well. Since the ripe age of thirteen, the extremely talented Fallon has played the guitar. He really can do it all. He incorporates musical performances and parodies into his acts on his show and has even sung with several famous musical acts such as Mariah Carey, Justin Timberlake, and Neil Young.

8. Going along with number 7, Jimmy Fallon has had some music single and albums released. The album The Bathroom Wall was released in 2002 and the second, Blow Your Pants Off, was released in 2012. Jimmy Fallon even won a Grammy award for best comedy album for Blow your Pants Off. His hit single “Ew” was listed on the Billboard Hot 100 list. Other singles he released include Idiot Boyfriend, Car Wash for Peace, and Drunk on Christmas.

9. You know Jimmy Fallon has two children, but did you know a surrogate was used for both of them? After years of trying not becoming pregnant and being disappointed, trying method after method and still having no results, Jimmy Fallon and his wife opted to use a surrogate. Now, they are the proud parents of two beautiful little girls.  As to whether or not Fallon will have more children, that remains a mystery.

10. Jimmy Fallon suffers from ring aversion. One day, he tripped over a rug in his own home and caught his ring on a counter top. This action nearly ripped his finger right off his hand. He was taken to the emergency room where they had a special surgeon perform a microsurgery on his finger. After spending ten long days in ICU, Jimmy Fallon was finally released to go home. On the July 13, 2015 episode of his show, Jimmy Fallon discussed his fall and gave a special on-air thanks to all the experienced medical providers that helped him during this tragic accident.

11. Before pursuing a career in stand-up comedy, Jimmy Fallon wanted to become a priest. He was raised in a household with a strict Catholic upbringing and even attended a private Roman Catholic school, St. Mary of the Snow. He attended mass with his very religious grandfather, every week, as early as 6:45 in the morning. It was here that he served as an altar boy. He says he loved everything about the church. He loved the idea of being a priest, the wonderful scent of incense, the warm feeling you get when you leave church, and the wonderful way a priest can make people feel so good after speaking with him. Before becoming a hilarious stand-up comedian, Jimmy Fallon thought he had the calling to become a priest.

12. Jimmy Fallon has a giant pickle in his office hanging from the ceiling. It is a gift that has been passed down from one late night talk show host to another over the years. The famous late night talk show host David Letterman gave the pickle to his successor, Conan O’Brien, who in turn passed the strange gift on to his successor, Jimmy Fallon.  We’re not 100% sure of the story behind this pickle but it’s as good a traditional as any…..we suppose.

13. Jimmy Fallon had a small, minor part in the miniseries Band of Brothers. In the episode Tom Hank’s miniseries called Crossroads, Jimmy Fallon played 2nd Lieutenant George Rice. This small part is the complete opposite of the type of role you would expect Jimmy Fallon to play. It is a far cry from anything comedic.  However, it just goes to show Fallon’s range as an actor.  He could easily play more serious roles if he wanted to.

14. Another small role you probably don’t remember Jimmy Fallon playing was on the show Spin City. It was a very small role he played before he was even on Saturday Night Live. He played a character selling photographs in an episode on season two of the show.  If you watch the clips you’ll notice even back then there was just something about him where you knew he’d be big time.

15. Jimmy Fallon had a mole removed on TV.  Not just on any TV show, but on the well-known Dr. Oz show. In 2011, Jimmy Fallon had a mole removed from his hand. After inspecting the mole, Dr. Oz recommended it be removed because he was not sure if it is was melanoma (a potentially deadly skin cancer) or not. Over 200 audience members watched as the surgery took place.  It’s not something he’s ever joked about.

16. Before pursuing his dreams of becoming a stand-up comedian, Jimmy Fallon attended college. He went to Albany’s College of Saint Rose, but dropped out 15 credits away from earning his degree and graduating. His major? Computer science. I don’t normally recommend dropping out of school, but in this case, I think Jimmy Fallon made the right choice.  We don’t think he has any plans of finishing up those 15 credits.

17. This hilariously funny stand up comedian did not pass his first audition for Saturday Night Live. Obviously he passed the second audition. Even though the producers liked Jimmy Fallon during his first audition, they decided to go with Tracy Morgan instead. For his first audition, he performed impressions of celebrities selling Troll dolls. A condition of getting a second interview was that he was not to do the troll bit again. He performed impressions of Adam Sandler, Jerry Seinfeld, Chris Rock, and Bill Cosby instead and joined the cast and crew of Saturday Night Live.

19. Jimmy Fallon has made an appearance in over twelve movies. Taxi and Fever Pitch are his most memorable roles, although neither movie did very well. Also included in this growing list of Jimmy Fallon movies is Factory Girl, Doogal, Whip It, Anything Else, and Bucky Larson: Born to Be a Star. The reason Jimmy Fallon left Saturday Night Live was to pursue a career in fims. This did not work out very well and the movies he starred in were unsuccessful. He then turned back to late night comedy shows where he has flourished.

20. Jimmy Fallon is known by other actors to do something called Jimmy Falloning. What is this? You may be asking. It is one of Jimmy Fallon’s acting habits. While acting, especially when acting on Saturday Night Live, he often breaks character and starts to laugh. While performing funny comedic skits, Jimmy Fallon cannot help himself and bursts out laughing in the middle of the scene he is acting. Sometimes, they are in the middle of a skit when this happens. 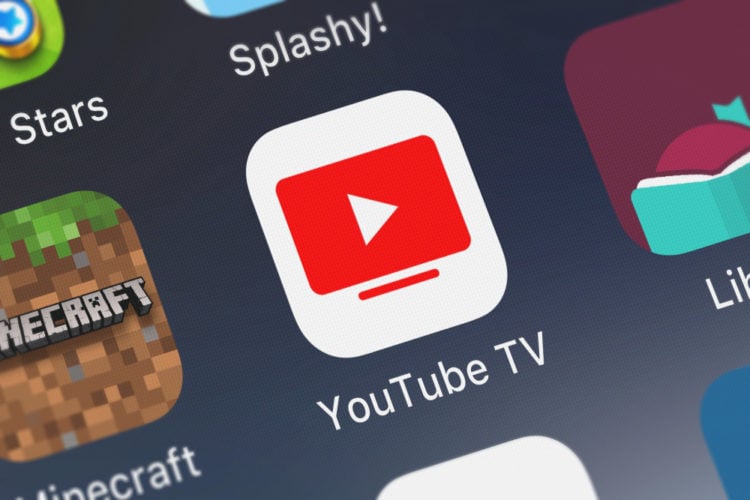 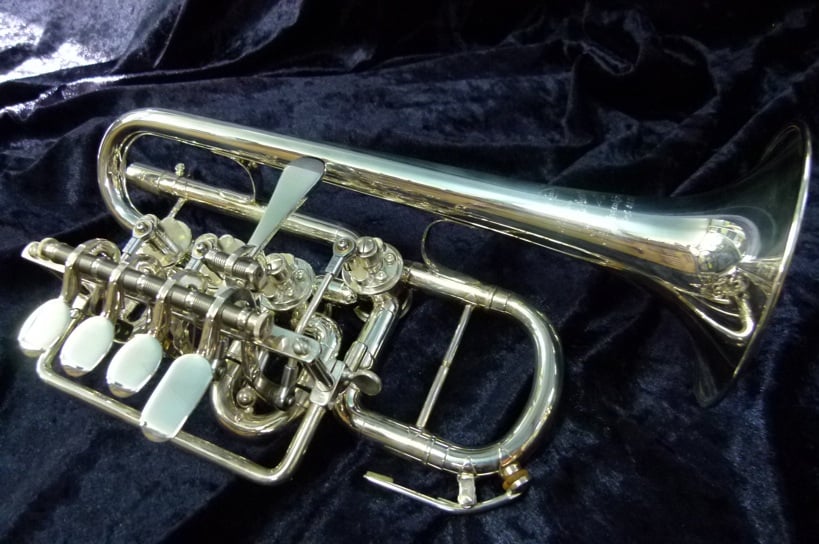 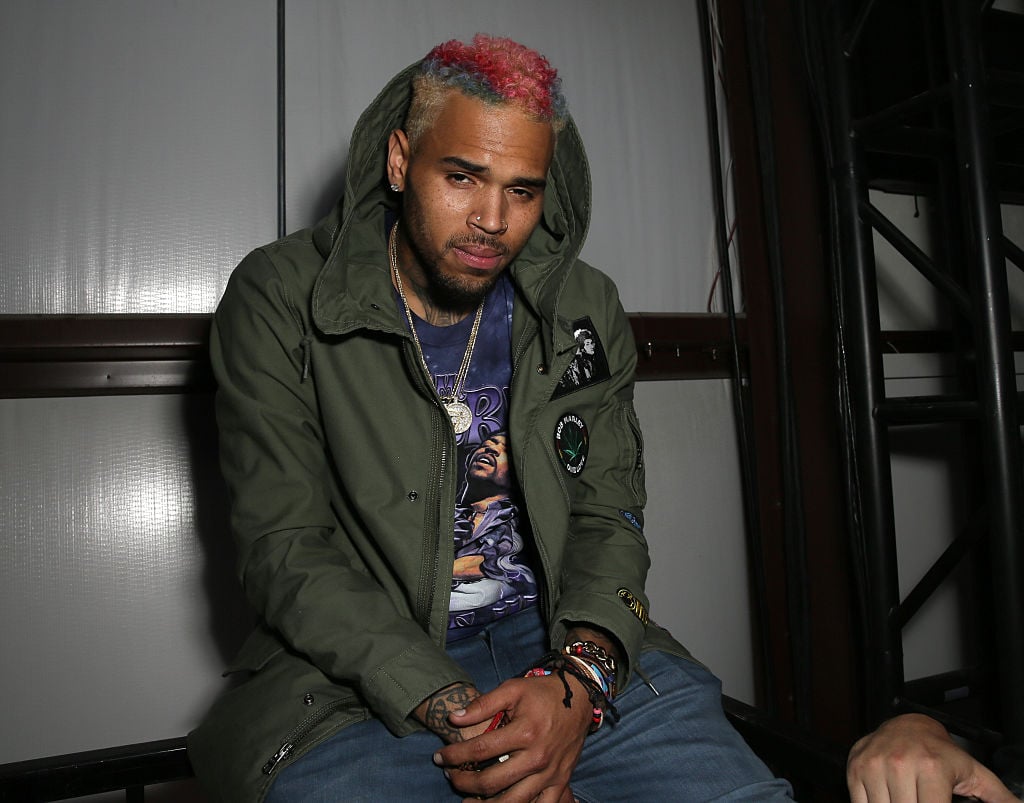 Chris Brown, aka Breezy, was born as Christopher Maurice Brown on… 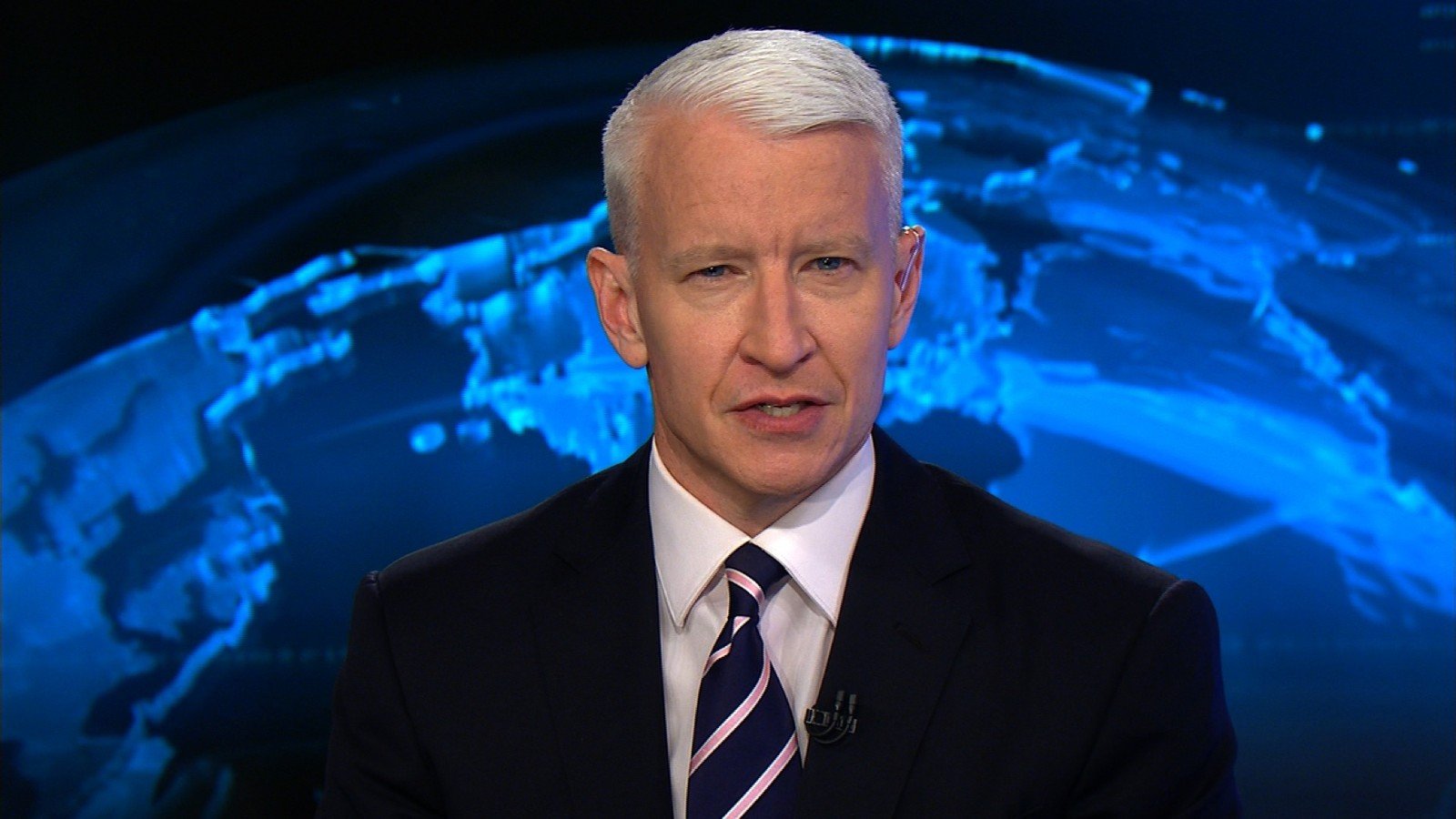 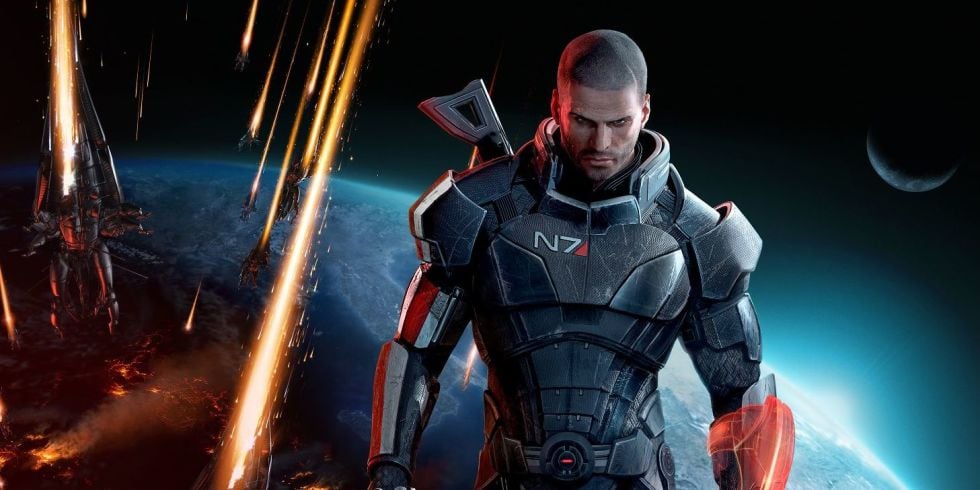 If you haven’t ever played the Mass Effect video game series,…