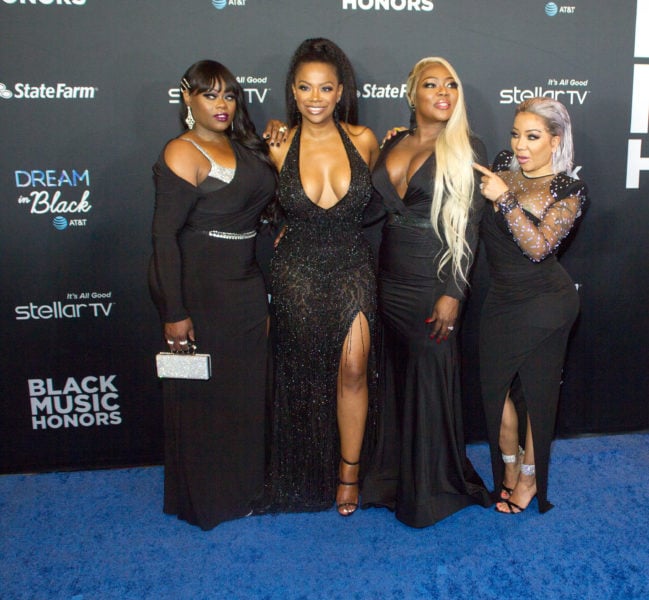 Kandi Burruss is an American reality television personality and singer/songwriter who is best known for her appearances on “The Real Housewives of Atlanta.” Burruss reportedly has a net worth of $30 million as of early 2020, but how did she become so incredibly wealthy? We looked into her career and financial history to see what we could find out. Here is what we learned.

Kandi Burruss is not only a reality television star, but she is also a singer, songwriter, and record producer. She is a successful and talented businesswoman who got her start in the music industry at the age of 15 years old. She earned fame as a member of the musical group Xscape. She became a well-known singer, songwriter, and overall entertainer and she amassed a sizeable following of fans. After gaining success in writing songs for the group and being a singer, she took her expertise in the music business to a new level. She established herself as a record producer.

Burruss is an award-winning singer/producer

Kandi wrote several very successful songs including “The Writings on the Wall” which was performed by Destiny’s Child, and for TLC, she wrote “No Scrubs,” along with “Buga Boo,” “Bills, Bills, Bills,” which became some of her biggest hits even though others performed them. She won a Grammy award for her songwriting in addition to several other awards. She also wrote for Usher, Alicia Keys, Whitney Houston, and Maria Carey. She has written award-winning songs for some of the biggest names in the music industry.

Her own music career

Burruss’ first solo album was released in 2000, titled “Hey Kandi,” with the singles “Cheatin on me” and “Don’t Think I’m Not.” It made it to number 32 on the U.S. Billboard Top R&B Hip Hop Albums chart. Her second album was “Kandi Koated” under the Asylum Records label. She joined forces with Rasheeda and became a part of the duo Peach Candy and the pair released an EP for iTunes.

Kandi named her record label Kandi Koated Entertainment. She sees as CEO of the company. She is at the helm and oversees the production of records for other artists. This is just one of her many business endeavors

Kandi Burruss earns a great salary for her appearances as a cast member on “The Real Housewives of Atlanta.” It’s been reported that she is compensated with $450,000 for each season. Although she hasn’t yet reached the level that Lisa Vanderpump has, she is running a close second. Kandi also appeared on “Who Wants to be a Millionaire,” as well as making a guest appearance in the television comedy series “Are We There Yet.” She also has her own show on Bravo that is titled “The Kandi Factory.”

She has an intimate device business

Kandi Burruss also launched her own line of intimate aids. The name of her business is Bedroom Kandi. It specializes in offering sex toys for dale. In addition to this, she appeared in “Single Ladies” on VH1. Burruss also has an interest in real estate that adds to her overall net worth. She owns a mansion in Atlanta that is estimated at a value of at least $1 million, but when she purchased it in 2012, she only paid $512,000 for it. The home has nearly doubled in value over the past 8 years which made it a sound investment for her. It was reported that she renovated the mansion prior to moving in at a cost of $200,000.

Burruss was previously engaged to AJ Jewell. Unfortunately, he was killed in an altercation outside the Body Tap Club. The man guilt in his death was charged and sentenced in the event. She ha a daughter from a relationship with Russell Spencer, but the couple went their separate ways. Finally, she met Todd Tucker who formerly produced “The Real Housewives of Atlanta,” and the couple married in the Spring of 2014. This is her only marriage and the couple is still together.

Kandi Burruss and her husband Todd have a 3-year-old son named Ace. They had difficulty getting pregnant and he is the result of in-vitro fertilization. This most recent news about Kandi is that she and Todd are preparing to welcome another child that is being carried by a surrogate. This will be the third child in the family, also joining Kandi’s 16-year old daughter Riley. The drama created by Kandi’s long time argument trying to convince Todd to have another child boosted the entertainment value for “The Real Housewives,” and she finally persuaded him to give his blessings. Burruss will return for yet another season of the drama as an active member of the cast.

Kandi Burruss has earned her fortune through the music industry as well as by her appearances on reality television. Although she has had some help from her husband Todd most recently, she has earned the bulk of her fortune on her own. She made millions in royalties from the songs that she has written from others and she also has her own record producing company that is doing very well. In addition to this, she has made some wise real estate investments and she also has her own retail goods outlet. Kandi Burruss has done very well for herself and she has earned the bulk of her fortune in the entertainment industry. She is an inspiration to young women because she shows how you can achieve success by being yourself and working hard. If you have a talent, go for it, make wise choices and have fun while you’re doing it. We’re all looking forward to seeing more of Kandi Burruss in the upcoming season of “The Real Housewives of Atlanta.” We’re sure that it’s going to be packed with the same type of drama and entertainment.