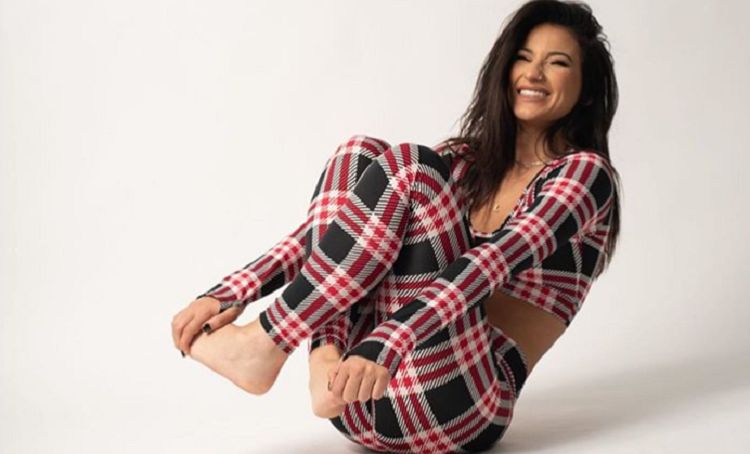 Lexy Panterra has made a huge name for herself in the fitness world by creating a fitness-based dance class that is based on twerking. Twerking is a popular move in dance music, while you thrust your hips in a low, squatting position. It is incredibly sexually provocative. It became especially popular when Miley Cyrus twerked against Robin Thicke while the two performed together for an MTV awards show. Since then, it has become extremely popular. Lexy hasn’t been in the workout business for very long, and she already has over 115k followers on Instagram. Since her business started, she has made millions of dollars. If you want to learn more about Lexy and how she became so successful, read on.

Lexy had been a singer and her dancer throughout her entire life. She says that she was watching videos online showing twerking choreography on YouTube. After she saw that the video had 6 million views, she got an idea. She thought that starting her own class would be great. In order to make the business something that would help other people, she decided to put a fitness spin on it. After sitting on the idea for a few months, she decided to act on her idea on New Year’s Eve 2013. In January 2014, she held her first class. From there, her business just continued to grow.

A Breakdown of Her LexTwerkOut Class

For the first 15 minutes of the class, Lexy has her students warm up by stretching and doing some cardio exercises. If she is teaching a beginner class, she goes through all of the moves and teaches her students exactly how to twerk. After the initial lesson, she does a freestyle for one song so that she can see what her students have learned. Next, they do a twerk train line or they have a Twerkle so the girls can show off what they know. After that, they cool down. The advanced class is for students who already know how to twerk and they just get into their workout.

How She Got Her Celebrity Exposure

Lexy is good friends with Christina Milian and she took Lexy’s first class. Since Christina has a large following on Instagram, she posted the photos and it was seen by her celebrity followers as well as her fans. This is how Karreuche, Tiny Harris, and Tamar Braxton ended up taking the class. She says that having celebrities take the class and praise it, she has managed to get her business off the ground very quickly. Lexy says that when you have celebrities endorsing your business, you can reach many more people.

Lexy says that a great deal of her success is due to the fact that she has learned a lot about business. She says that so far she had learned that branding her business is very important to her success. She has also learned that you cannot make any hasty decisions regarding her business and that you always need to plan ahead. Finally, she learned that recording what you make is important and recording your spending is even more important. She stated that she didn’t learn all of this at once. She says that it has taken a while.

Most business owners have their haters and they receive negative feedback. Lexy is no exception. She says that people make some negative feedback. People wonder why there is a white girl teaching Tiny Harris to twerk. Some people think that a girl who looks like her shouldn’t be teaching a twerking class. Lexy says that everyone of every race has some flavor. Rather than taking the feedback to heart, she uses the criticism to work even harder. She says that it is her goal to show the world that ethnic and racial groups shouldn’t be a factor when it comes to fitness and dance.

She Says That the Twerking Workout is Empowering, Not Degrading

Lexy has heard from some haters that twerking is degrading to women. When asked about it, she has said that it isn’t degrading, it is actually empowering. She says that women need to feel powerful, sexy, and confident, and her workout does all of these things for women of all ages, races, and sizes. When she is called out by her critics, she tells them to take a class first and judge later. She says most of her critics who do this admit that they were wrong and that the class is amazing.

How Lexy Has Been Able to Grow Her Business

Lexy has used Instagram to grow her business. She says that to be successful, you need to keep your content up. She ways that people often scroll only so far on their Instagram account, and sometimes they won’t see everything. This is why she posts a few times a day. This will ensure that her followers will see what she posts, getting her business name out there.

Lexy Has Plenty of Plans For the Future

Even though she is successful now, she wants to be even more successful. She wants to become certified so that LexTwerkOut can become a class that can be taught by other instructors in other cities and other countries. She is also working on an app that can be downloaded so that people can learn the Twerkout moves on their Smartphones. She is also working on her own Twerkout music. She says that she has already designed apparel and she wants her classes to be the next Zumba. She wants it to be taught in the top gyms, such as Crunch, LA Fitness, and 24 Hour Fitness. She also wants to have her own headquarters and hopefully, one day, have a LexTwerkOut reality show.

Lexy may have had an unconventional business idea, but she was able to make a huge splash in the business world. With everything that she has planned for the future of her business, it shouldn’t be long before she doubles the millions that she has already made. If things take off the way she hopes, she has a brilliant future as a fitness guru.