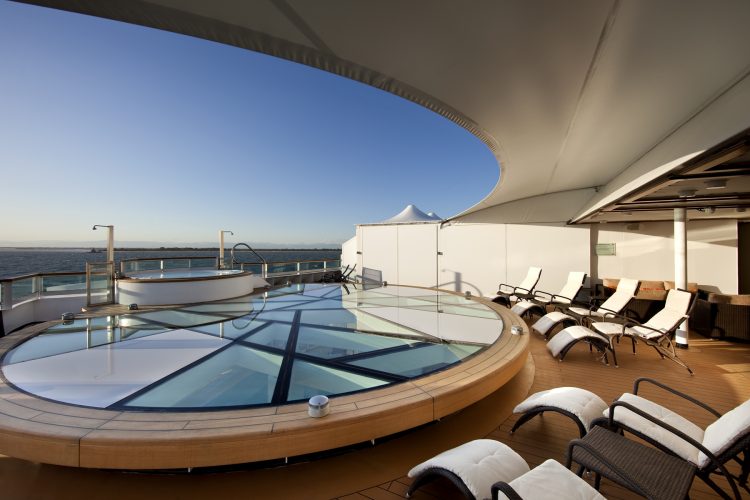 The appeal of a luxury cruise is undeniable, even for the most skeptical of travelers. The elevated cuisine, refined accommodations, exotic visits and stellar service are the primary draws for those who can afford these lavish experiences. However, not every cruise line is created equal. Almost all new ships boast modern luxuries and accommodations but only a few go well above-and-beyond the standard beach excursions and buffet lines.

The word “luxury” is easily tossed around for the average cruise line. In reality, luxury equates to not having to search for a deck chair, standing in a buffet line or having to deal with any crowds. Luxury is associated to attention to detail, service, accommodations and food. With the recent christening of new ships, there are now more true luxury offerings than ever before.

The following is a list of the top 5 true luxury cruises in Europe that deliver incredible shore excursions, personalized service, fine dining and every luxurious trapping you would except. 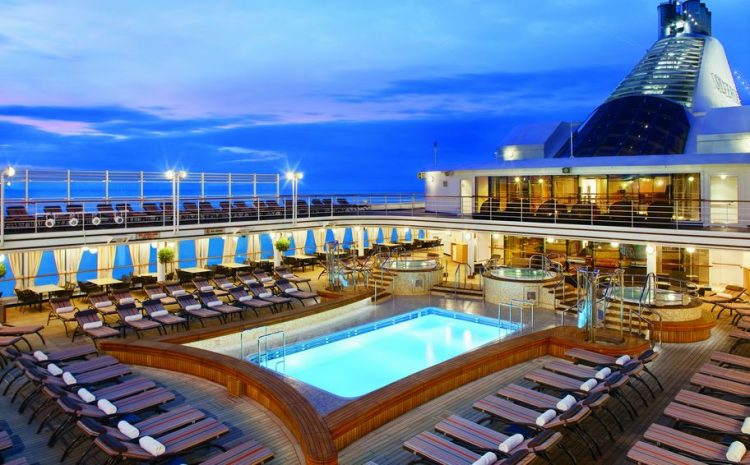 Featuring six ships in the fleet, all of which have ocean-view suites, Egyptian cotton linens, Bulgari bath products and a personal butler service, Silversea has much smaller ships than its competitors. This allows the company to stop at many, more obscure ports around the world that cannot accommodate large ships. Destinations range from Mediterranean cities such as Barcelona, Venice, Monte Carlo and Sardinia to African locations such as Cape Town and Namibia. All Mediterranean ships explore Southern Europe 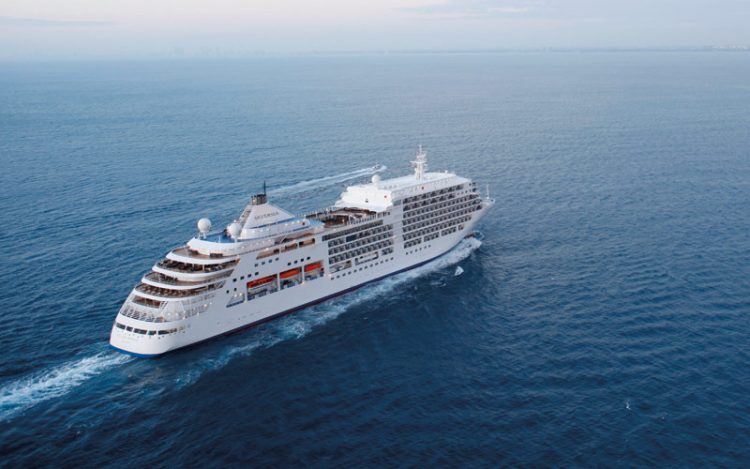 A Silversea 13-day luxury cruise in April 2017 that begins in Monte Carlo and disembarks in Nice run at $7,425 per guest with the early booking bonus. The first stop after Monte Carlo is Marseille, France followed by Barcelona, Spain, Palma de Mallorca, Spain, one day at sea, followed by eight stops in Italy then docking in Nice on May 2nd. Included in the cruise is free WiFi throughout the ship, numerous restaurants offering a variety of cuisine, in-suite beverages, 24-hour dining, onboard entertainment, complimentary transportation in most ports to the ship and butler service in every suite.

This 13-day luxury journey also begins in Monte Carlo and brings travelers through inspirational European destinations. Experience the tranquility of a 17th century monastery in Cartagena, Spain or eat tapas like a native in a Boqueria in Barcelona. Explore the rich culture and legacy of Lisbon as you navigate toward the French summer havens of Honfleur and Saint-Malo.

After debarking from Monte Carlo on May 17th, 2017, you arrive in Sanary, France followed by Barcelona, Spain and four additional Spanish ports. The next stop is Portimao, Portugal followed by Lisbon and Oporto. Then travel up the northern coast of Spain toward France’s Northern ports and end in Southampton, England on May 31st. The total cost starts at $5,715 per guest and includes all of the same amenities as the Monte Carlo to Nice experience listed above. 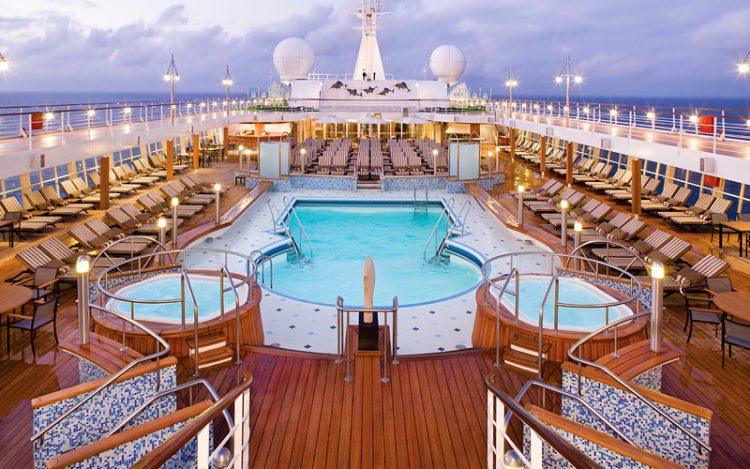 Featuring three mid-sized ships that carry between 500 and 700 guests per ship, Regent Seven Seas Cruises offers onboard Canyon Ranch SpaClubs, private balconies for all guests, a variety of restaurants and L’Occitane bath products in every room. If you can afford to book a concierge-level suite or higher, you will receive extras like top-shelf liquor discounts, priority dinner reservations and free Internet service. Those who are situated in penthouse suites can utilize in-room iPads, Hermes amenities and even personal butlers available around-the-clock.

One of the best European cruises to book is the four signature Grand Crossing which is a transatlantic experience. This 18-night journey begins in Barcelona and ends in Rio de Janeiro. Once the ship sets sail from Barcelona, it hits several locations in Africa and then three days at sea prior to touching down in Recife, Brazil. The transatlantic experience that boards November 20th and disembarks December 8th starts at $8,299 per person for a basic room with the luxury amenities listed above. Ranked as the second Best Cruise Lines in the Mediterranean and third in Best Luxury Cruise Lines in the world by U.S. News, the Azamara Club received these honors due to trips to obscure destinations and upscale cabins and service. Their fleet only consists of two: Azamara Journey and Azamara Quest and the capacity of each ship is limited to only 686 guests so it is easy to steer clear of the crowds and find crew members. Every ship has a ratio of one staff member to two passengers so the service is unmatched. There are multiple excursions at each port, an onboard casino, nightly entertainment, fitness classes, dining options, culinary demonstrations, seminars, lectures and wine tastings.

It is important to note that Azamara Club European Cruises are geared toward travelers over 45 years of age. Cruises catered to a younger crowd go on Caribbean voyages. A 12-night London to the Baltic Golf journey in June 2016 starts at $9,300 and includes all of the amenities listed above. The itinerary includes golf courses in Amsterdam, Copenhagen, Helsinki, St. Petersburg, Tallinn and Stockholm. 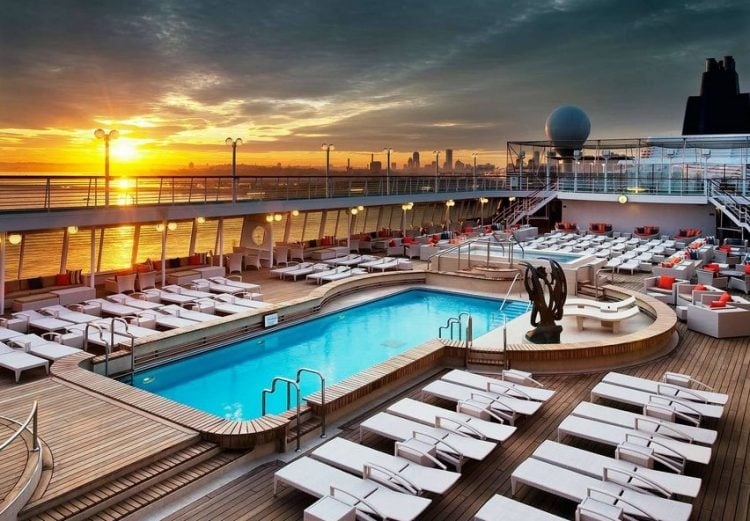 In Europe, Crystal Cruises only operates river cruises which are much smaller and more intimate ships. The 16-day Grand Europe Voyage begins in Budapest, Hungary and makes stops in Bratislava, Slovakia; Vienna, Durnstein and Melk, Austria; eight stops in Germany and ends in Amsterdam, Netherlands. The price for this wonderful experience starts at $10,145 per person. On-board inclusions comprise, all gratuities, six-star cuisine which is highlighted by regional specialties, unlimited premium beverages, 24-hour room service, 24-hour WiFi, an interactive television system, yoga and fitness classes, electronic international newspapers, complimentary shore excursions at all ports, motor coach transport to and from the airport, massage services, library and a variety of entertainment options.

The aforementioned list features five of the most luxurious European cruises for the 2016 and 2017 season. The commonality found in each of these experiences is unparalleled service whereby travelers are pampered by personalized butlers, around-the-clock food and extensive entertainment and shore excursion options. If you have the chance to enjoy one of these cruises, take full advantage!