Home
Business
Technology
How Many Jobs and Money Will be Lost due to Driverless Vehicle Technology?
Prev Article Next Article 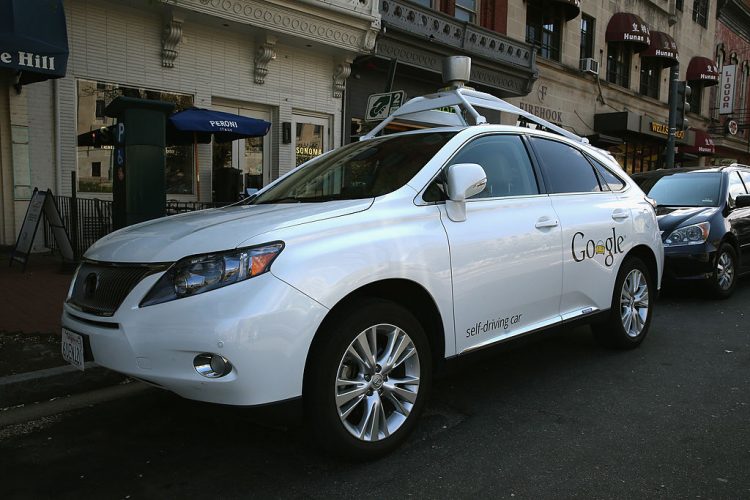 Technology is making rapid advances within the automotive industry and what once seemed like a clip from a futuristic sci fi movie is taking place in testing zones on our streets. Driverless vehicle technology is one such advancement that is being heavily pursued as the new wave of the future that will cause a revolution in the transportation industry. The question is, will the changes be more advantageous or will it lead to a further reduction in available jobs for those in the transportation industry? We’ve gathered the available information that suggests that these changes may not be so good for the overall economy. We’re going to take a look at the current speculation that identifies how many jobs are estimated to be lost due to driverless vehicles.

Fully autonomous vehicles are currently being tested in Western Australia. The Intellibus is one such example. It is intended to cut down on the risks of accident due to human error through the use of artificial intelligence and sensors that detect light and range. The Netherlands has plans for using driverless technology in a plan for assisting disabled and elderly citizens with door to door service. The majority are being designed to run off of green power which is an excellent solution for the current pollution issue. Plans are in place for driverless autonomous buses, trains at airpots and pods at airports. The UK and China are also on board with this transition.

With an estimated 2.3 million electric buses slated for production in the year 2027, it appears that the die has been cast and this is the direction that the world is moving (1). It will present a significant reduction in carbon emissions which will enhance the health of the planet overall. This will reduce the need for gas powered cars and public transit and it is being designed to enhance the speed and efficiency of public transportation which are definite bonuses. But at what cost will be achieve these few advantages?

Autonomous vehicles have not fared well in testing runs. They actually show an increase in accident statistics (1). This information has been gathered from Uber and Google. An overdependency upon technology could also present dire consequences in the event of a system failure. This could easily wipe out the ground that would be gained with regard to convenience and efficiency. This is speculative but there is a very real threat to the hundreds of thousands of workers who depend upon the transportation industry to make their livings. What will happen to the jobs that keep so many employed?

Jobs estimated to be lost due to driverless vehicle technology

A report has already been generated in Australia and the estimates are not favorable for drivers in the country. It is believed that a total of eighty percent of the drivers in this country will lose their jobs within the next twenty years (1). We’re seeing China, the UK and other European countries following suit. This technology is likely to become a universal mode of transportation within the next two decades. Can our individual and global economies handle the massive loss of jobs that will be experienced? What will become of the transportation industry?

Silicon Valley is the hot spot for tech start ups and some of the most brilliant advances within this sector. If they had their way the entire world would be driven by this form of tech. There will be no bus, taxi or train drivers but rather, a system that controls the actions of the vehicles through advanced computers. Truck drivers will not be exempted. This will be yet another hit on the economy, but even more, for the individuals who depend upon driving to support their families. The Census shows that nearly three percent of all American jobs are made up of people who are in some capacity drivers. We’re looking at the high probability of these jobs disappearing. In some areas of the nation, the total percentage is well above four percent and in select metro areas the figures rise as high as almost fifteen percent (2).

The news is not all bad

Experts in the field of autonomous vehicle technology are expecting that the initial wave of driverless vehicles will also include a human overseeing the operations, at least n the beginning. this will help at least some, in the transition as some jobs will be retained, but it is believed that these individuals will need to have additional training and education so the job descriptions will be significantly altered.

Although the first years will probably call for the interjection of a human worker to oversee the automated vehicle technology, the skill set that is required will be much different. This means in essence, that driving jobs as we know them will no longer exist. Yes, hundreds of thousands of jobs will be lost due to the new technology that has not yet been perfected. When all is said and done, the first waves will include ride along technicians who will need the knowledge and understanding of how autonomous technology works and they will also be required to perform trouble shooting. This will take the average driver out of the game for employment in the transportation industry.

This may be a good time for people who are making their careers in the transportation industry to consider how their jobs may change in the next few decades. While there is still a great need for drivers, the jobs will gradually begin to dwindle and hopefully, the progress with this technology and the implementation of driverless transportation systems will allow for a smooth transition that gives drivers time to make the changes that the must in order to maintain a way to make their living. There will no doubt be some traditional driving jobs around, but not nearly enough to support the current workforce in this sector. Now is the time to begin making changes because from all indications, driverless transportation is coming, we’re just not certain about how soon.