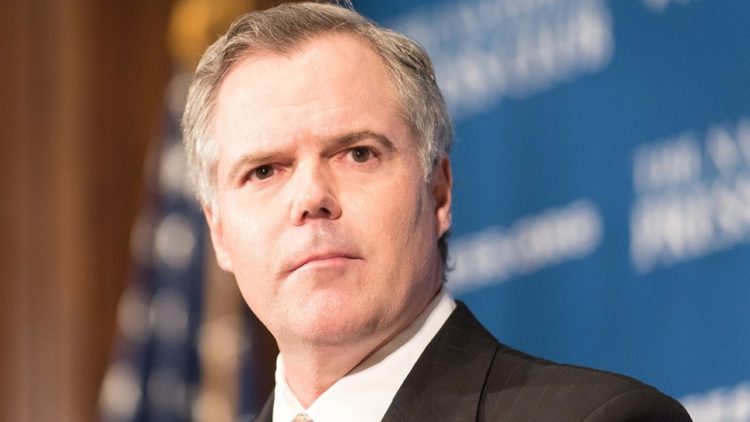 James Murren is the CEO of MGM Resorts International, a hotel chain that has resorts all over the world. It is best known for the hotels that it owns on the Las Vegas strip including the MGM Grand, the Bellagio and the Luxor. It also has hotels in many other states in America. Here are ten things about James Murren that you may not know.

1. He Played Football And Baseball In High School

Murren was born in Fairfield, Conneticut and went to Roger Ludlowe High School. He was fairly athletic when he was in high school and played in both the football and the baseball teams.

2. He Graduated From Trinity College

He stayed in Conneticut when he went to college and graduated with a BA from Trinity College. He studied art history and urban studies during his time at the college. He did not study any business related subject but this did not stop him becoming one of the most successful businessmen in America.

3. He Began His Career On Wall Street

When he graduated from college he went to work for Cyrus J. Lawrence as a securities analyst. He was quickly promoted to the board of directors and he became the youngest person to achieve this in the history of the company. He first became involved with MGM when he was working for a Wall Street firm that handled the recapitalization of the company.

After working for almost ten years in Wall Street he joined MGM as Chief Finance Officer. He joined the company as CFO and became president of the board one year later. He worked his way up through the ranks of the company before becoming CEO in 2008. During his time as leader the company has enjoyed unprecedented growth which has included the acquisition of several major hotels in Las Vegas.

5. He Served On The National Infrastructure Advisory Council

He was invited to serve on this council by Barack Obama. The aim of the council was to advise the president on cyber security measures that would protect the financial and energy sectors, as well as emergency government services. The council disbanded after most of the members resigned when Trump became president as they were concerned that was not taking the threats of cyber attacks all that seriously.

6. He Is Chair Of The American Gaming Association Board of Directors

7. He Was Instrumental In The Building Of CityCenter In Las Vegas

The CityCenter in Las Vegas was the largest single private development that had even been undertaken in the history of the United States. It was also the largest green project and proved to many people that large commercial premises could be sustainable and that this could enhance the experience for the guests. The venue has also created many more jobs for the citizens of Las Vegas in a time when the rest of the country was still feeling the effects of the recession of 2008.

8. His Annual Salary Is Estimated At $2 Million

The salary that he is paid for his role of CEO at MGM is in the region of $2 million. However, when bonuses and stock options are taken into account then his total earnings will be nearer to $10 million.

9. He Is Known For His Charity Work

James and his wife Heather are well known for the charity work that they carry out. The couple co-founded the Nevada Cancer Institue which was a non-profit organization that provided cancer treatment for anyone in the state of Nevada. He also donates to a number of colleges, including Trinity College which he attended.

10. He Is Considered A Pioneer In Corporate Diversity

MGM has one of the most diverse workforces in corporate America and this is something that James Mullen has been celebrated for. The management team of MGM is made up from 38% ethic minorities and 43% women. MGM Resorts has been named one of the worlds most admired companied by FORTUNE Magazine due to the work it does towards inclusion in the workforce.