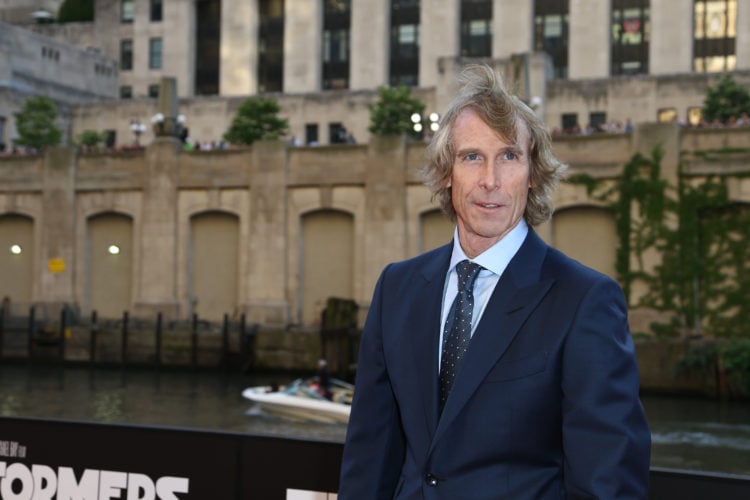 Movies have a lot of genres, and each of our tastes as movie fans is catered to. One of the most popular movie genres is action, where there is a fast-paced sequence to back up an exciting storyline. Here, the referral point is films such as The Transformers series and Armageddon. Aside from being under the same category, these two movies have another thing in common; they are works of Michael Bay. He is one of the most accomplished filmmakers, with an impressive production and directing portfolio. His impressive career in film has brought him several accolades as well as remarkable net worth. According to Celebrity Net Worth, the Michael Bay net worth stands at an impressive $430 million. So how did he come across this value? This article will answer all questions you have about this filmmaker’s asset base.

Michael Benjamin Bay was born on the 17th of February 1965 in Los Angeles, California thus he is presently 55 years old. His jewish adoptive parents raised him. His mother was a child psychiatrist and a bookstore owner, while his father was an accountant. Susan Bay, an actress, is his cousin. She is among the group of directors who created the Women Steering Committee to lobby against gender discrimination in the American film industry to give more opportunities to actresses. She also featured in two episodes of Star Trek: Deep Space Nine. Michael Bay points his interest in action movies to an incident when he was a child. According to his Wikipedia page, he fixed some firecrackers to his toy train and used his mother’s camera to shoot the ensuing melee. The fire department came over, and he got grounded.

He attended Crossroads School for Arts and Sciences, a private preparatory school in Santa Monica, California. Many celebrities take their children to the private school, and it boasts of alumni such as Jonah Hill, Kate Hudson, Jack Black, and Gary Coleman, among many more. He later attended Wesleyan University, where he graduated in 1986, with a double major in English and film. He was the favorite student to Jeanine Basinger, a film historian. For his postgraduate studies, he attended the Art Center College of Design in Pasadena, where he studied film.

One of the most significant contributors to the Michael Bay net worth is his directing work. He ventured into the film sector as early as 15 years old when he was interning with George Lucas. If you do not know who George Lucas is, he is one of the most respected and accomplished filmmakers, and the brains behind the Star Wars and Indiana Jones Franchises. Michael’s work was to file storyboards for Raiders of the Lost Ark, and initially, he felt the job was terrible. However, he had a change of attitude once he saw it in the theaters and felt directing was the way to go. After graduating from his postgraduate studies, he began working at Propaganda Films, where he directed commercials and music videos. His work for the Red Cross cemented his path to being a renowned director and went on to bag a Clio Award in 1992.

He made several commercials during his initial years in the directing scene, and some brought more awards. His success in music videos drew the attention of movie producers, Don Simpson and Jerry Bruckheimer. The two invited him to work on his first-ever feature-length film Bad Boys. He worked on the film in 1994, and it was a box office success that catapulted Will Smith’s career and also forged a strong friendship with Bruckheimer. He followed up with other action-packed movies such as The Rock, Armageddon, Pearl Harbor and Bad Boys 2. Most of his films have been a success at the box office and boosted his reputation as well as his bank account.

As he grew and learned the ropes of filming, he ventured into producing. Having worked with renowned producers such as Jerry Bruckheimer and Don Simpson gave him the headstart to take the task head-on. He started production duties with Armageddon, which he also directed, and it became both a critical and box office success. He also produced Pearl Harbor which also fared well in the box office despite negative critical reviews. Among his notable productions include the Transformers franchise in 2007, which was a huge commercial success bringing in over $709 million.

Michael Bay also laced up his boots and went before the camera and took up minor or supporting roles in several film projects. His acting credits include roles in Armageddon, Mystery Men, Coyote Ugly, and Double Down.

Michael Bay has several production companies that also contribute to his value. They include Platinum Dunes, which he founded with fellow producers Andrew Form and Brad Fuller in 2001. He also acquired Digital Domain, a digital effects company, which he later sold in 2012. Other companies he founded or acquired are The Institute, 451 Media Group, and the Rogue Initiative. The companies take part in various film projects and commercials, and they contribute immensely to his vast net worth.

Michael Bay is an accomplished figure in the film directing and production scene, where he has been standard since 1986. Over his career, he has had some of the best-grossing films, and he mostly leans towards action and thriller genres. He has an impressive net worth of $430 million to show for his hard work, and it is an expectation that the figure will skyrocket further. Highlighted are some of the ventures that contribute to his awe-inspiring value. He operates on the guiding principle of understanding his audience, according to Wealthy Gorilla. This explains why despite the negative reviews his work receives from critics; they hardly disappoint when it comes to the box office. Catch up with some of his movies to appreciate his efforts in directing and production.