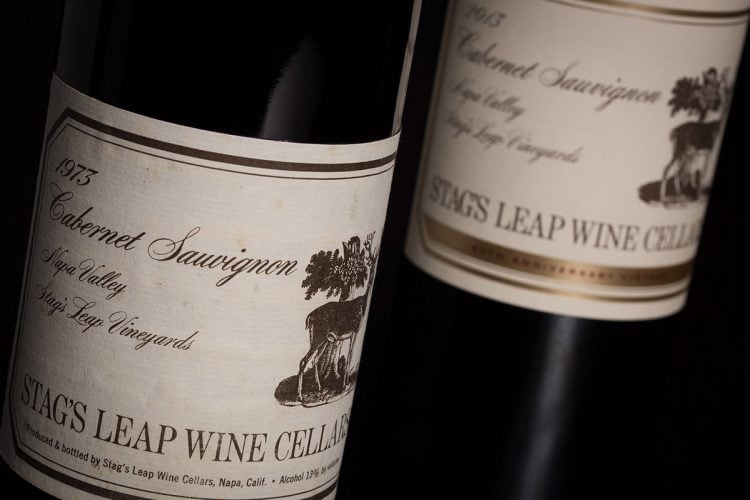 Chardonnay is one of the world’s most popular wines. It is the wine of choice to serve with everything from a holiday turkey dinner or pair with any seafood dish. It is grown in both cold and warm regions and tends to take on flavor notes from the region where the grapes are grown to how it is processed. Chardonnay can be described as “biting and crisp” if it’s grown in cold weather climates to “buttery and fruity” if grapes receive plentiful sunshine in hot climates. Chardonnay can have fruity aroma notes that smell like pear or even tropical fruit. As it picks up environmental flavors so easily, if Chardonnay is aged in oak casks it will have a “smoky” aroma and taste.

Chardonnay is the ugly stepchild of the wine world, with some experts going by the motto ABC (Anything But Chardonnay) however, since the 1970s wine afficianados are coming around to appreciate the complexity and versatility of fine Chardonnay blends, particularly since the famous “Judgement of Paris” fine wine taste test that pitted the US against France in a blind taste test, getting California on the map for not only making table wines for peasants, but some blends that fetch a good market price and are hailed by the most discriminating palates.

Here are ten of the most expensive bottles of Chardonnay that have been made.

This was the one of last bottles of 1973 Chardonnay sold by Spectrum Wine Auctions, and was purchased by British based software engineer Jason Corcoran, who desired this bottle to complete his 20 bottle collection of “Judgment of Paris” rare wines. Mr. Corcoron is no stranger to big ticket items as he designs software for designer vehicles including the Lamborghini, Porsche and BMW. After viewing the film “Bottle Shock” he thought it would be great to collect all of the wines from the “Judgment of Paris” famous tasting competition, according to Decanter.com.

If you love wine that is made from exclusively flavorful grapes which costs as much as an economy car, this is the wine for you. It boasts notes of hazelnut and lemon and comes from the famous winery of Anne-Claude LeFlaive .

This luscious wine has note of orange, pear, honey, vanilla, and “smoky butterscotch.” With a floral bouquet it is described as having a “a brilliant metallic yellow color, with a green tinge.”

You don’t have to be a collector to love Chardonnay. This rare blend can only be made from grapes that come from four “Grand Cru” regions. It is described as having lemon and citrus notes with a “high aromatic complexity”, according to Alux.com therefore making it a great wine to sniff if you win lotto.

The winery of famous wine expert Helen Turley and her husband a John Wetlaufer, established the Marcassin label in 1990. The wine features an amazing artwork label and a Chardonnay blend notes for its “depth, length and fitness,” according to cellartours.com. As it is a limited edition wine, with only a few cases produced per year, supply is limited and the demand is great, thus driving up the price. When a wine expert goes into the wine business, success is sure to follow.

The same winery produced the valuable limited edition 2005 Chardonnay that had critics praising its taste and smell, has done it time and time again. The 2010 vintage goes for $250 and upwards per bottle. Voted 99/100 in blind taste tests makes this wine, although young in years, a popular favorite, despite its scarcity. Expert Robert Parker curiously described this vintage as “a serious liqueur of stones along with a greenish hue to its straw color”. He also writes that this wine has other fruity notes that will be released in 2014, so this one is better kept on the shelf for a few years for full enjoyment. He adds that this wine will keep up to 15 years.

For a wine that is only three years old, the bidding for this acclaimed Chardonnay starts at $220. The ad says that it can be aged for 10 years or longer, so it’s a great buy for those who want to store this exclusive blend and then “flip it” later. Still with the bids starting at over 200 bucks, it is quite pricey for a Chardonnay. A good Chardonnay can keep well for ten years or longer, increasing its value, although white wines do not have the same aging properties as reds.

Who knew that Amazon would deliver fine wine? This exquisite bottle of Chardonnay from France is currently not available, according to Amazon’s listing and whomever bought it did not leave a review.

While it is called “still and infant” by K and L Wine Merchants it still fetches a price as it is called “staggering”. Is it not just hype because of the famous name, this wine actually won 99/100 points in blind taste testings for its notes of “unbuttered popcorn”, according to reviewer Robert Parker. He claims the wine tastes more French than Californian, and apparently it has a French wine price tag to match.

Earning 98/100 points from Wine expert Robert Parker, this vintage, like the rest of the Marcassin wines, fetches over $200 per bottle. Year after year husband and wife duo Helen Turley and husband John Wetlaufer prove the point of the “Judgement of Paris” tasting–that wine doesn’t have to be French to be fabulous.