Home
Yachts
Skat: The Most Famous Yacht That You’ve Never Heard Of 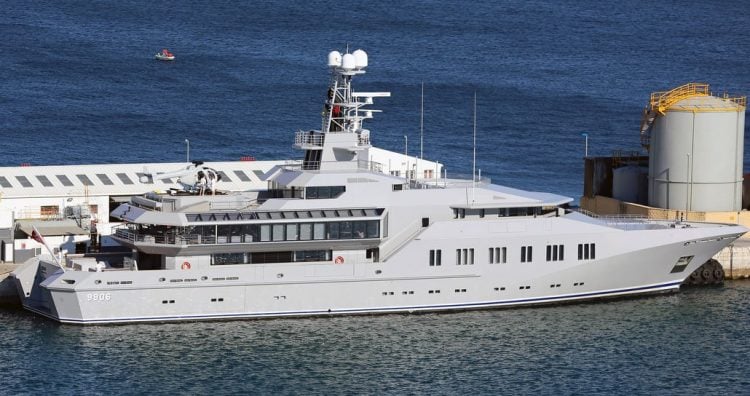 Constructed by Lurssen Werft out of Bremen, Germany as project 9906 (prominently displayed on the hull of the ship), and Skat, is a luxury yacht that boasts many geometric features which have found their way unto mainstream superyacht designs. Skat was the precursor to the continually-growing linear design language. During the design of the yacht, the designers extensively utilized a variety of computer programs which allowed structures to be optimized and more glass used during the construction. These design programs played a significant role in developing the daring features of the ship.

The owner, Charles Simonyi, approached Lurssen Werft with an idea that this superyacht should be visually dramatic. As a result, the chief designer and stylist on the project, Espen Oeino, determined that the best method of achieving this vision is to utilize linear design which allows for more daring activities. The designers succeeded by breaking the boundaries and showing the yacht industry that no ship needs to conform to a specific stereotype. The interior was designed by Marco Zanini to create a home away from home environment with all modern fixtures.

At the moment, the yacht is in private use, last seen in the Caribbean during winter 2015. The yacht is expected to return to Europe in summer 2016. The project began in November 1999 and finally launched in 2001. In Simonyi’s past, he had a Danish girlfriend who referred to him as Skat (Danish for treasure), which is a common term of endearment within the language, similar to honey in English. Simonyi purchased the yacht for $75 million.

The onboard helicopter is painted in the same grey color as the yacht, which also matches Simonyi’s private jet and home. These four assets all follow the basic military styling. The grey paint appears to be menacing but the number on the hall really makes it look more institutional and military. Despite its large size, Simonyi wanted it to operate quietly which has been achieved through double-resilient mounted machinery. 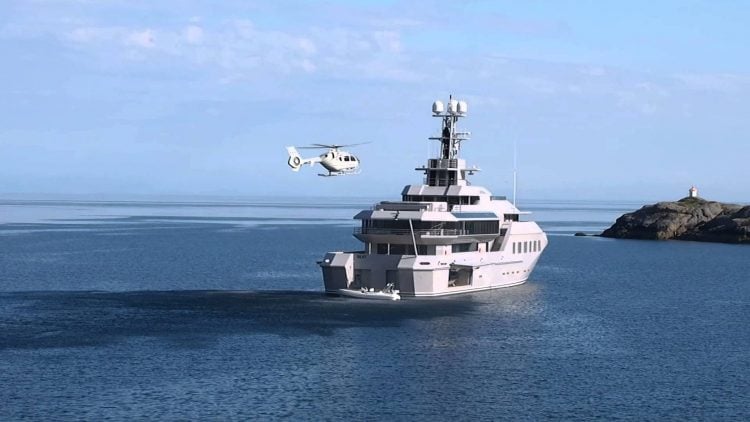 The hull of this beautiful ship is constructed from steel while the entire ship is made from aluminum. The fuel tank boasts a capacity of 55,000 U.S. gallons and the water tank can hold 15,000 U.S. gallons. The dimensions of the ship are 233-feet x 44-feet with a 12-foot draft. Under the hood is 2,700 horsepower with a cruising speed of 15-knots and a maximum speed of 17-knots. The ship holds 10 guests and 16 crew members.

In addition to its ground-breaking design attributes, the Skat has an elevator that serves all four decks, a leisure platform with a Jacuzzi and a gymnasium located under the mast at the center of the ship. On the upper aft deck is a helipad that services a helicopter painted in the same colors as the ship to blend in. Also, halfway up the central mast is an observation platform with helm control. On-board there are two tenders, two jet skis and even motorcycles with an accompanying lift for easy exit from the ship when on land.

The overall exterior look of the yacht is one of military styling. When viewing photos of this yacht, there are many angles and sharp edges. The interior was designed in a minimalist style to match the exterior and maximize the amount of space on the yacht. The interior boasts original artworks by Vasarely and Lichtenstein which significantly increases the value even more. All spaces, including guest cabins, are free from unessential lines and decoration. The surfaces of the ship are simple, clean, uncluttered and painted with lots of light shining on the ship. This allows for the focus to be on guests and other people on the yacht.

With so much glass around the perimeter, not only is there a significant amount of light shining in on the ship, there are spectacular views of the surrounding environment. The overhanging conservatory provides a unique look from within the yacht and out. Oeino designed a smooth transition between the interior and exterior areas which focuses on a logical yet contemporary creation.

Zanini specified several materials and colors but was still able to achieve the correct richness in every space onboard with minimum tolerances of modern detailing. However, there are splashes of color, mostly reds and blues, which can be found on the furniture. As previously mentioned, there is a McDonnell Douglas MD-520N helicopter permanently onboard with sign N486CS (with the CS standing for Charles Simonyi). 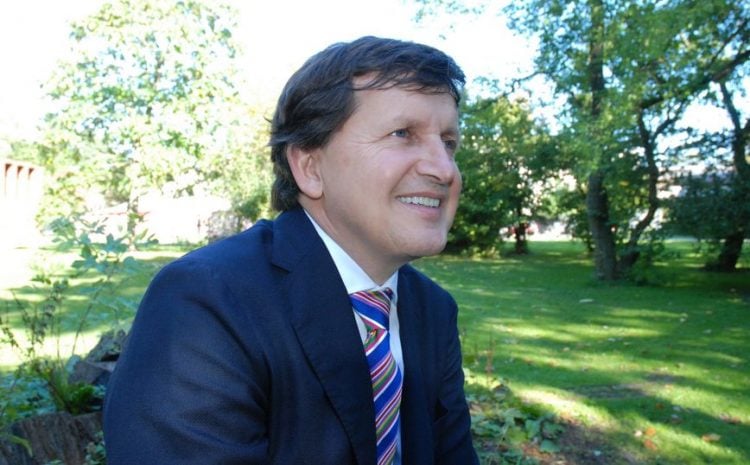 Charles Simonyi began working at Microsoft in 1981 as the head of the application software group. He was the developer behind Microsoft’s Office Suite and the chief architect of Microsoft Word, Excel, Access and other highly-used applications. As the company grew, Simonyi became one of the highest-ranking developers and gained stock worth more than $1 billion. As of June 2016, his net worth is around $1.6 billion. In 2002, Simonyi left Microsoft to co-founded a new computer company called, Intentional Software which had a goal of making the knowledge around the world more accessible and useful.

Additionally, Simonyi is an active philanthropist and a two-time space tourist aboard the Soyuz spacecraft. He also owns a military-style house in Medina Washington which was resembles the styling of the Skat. The house boasts a variety of modern art and is known as Villa Simonyi. Furthermore, his Dassault Falcon 7X jet is also styled to the yacht and house featuring a large cabin and valued at over $50 million.

The Skat yacht designer created much more dramatic styling in yachts to come while showing designers that they do not need to maintain a presence within the boundaries of design. As a result, many yacht designers have made daring choices on ships that have resulted in aesthetically-pleasing yacht designs across the globe.