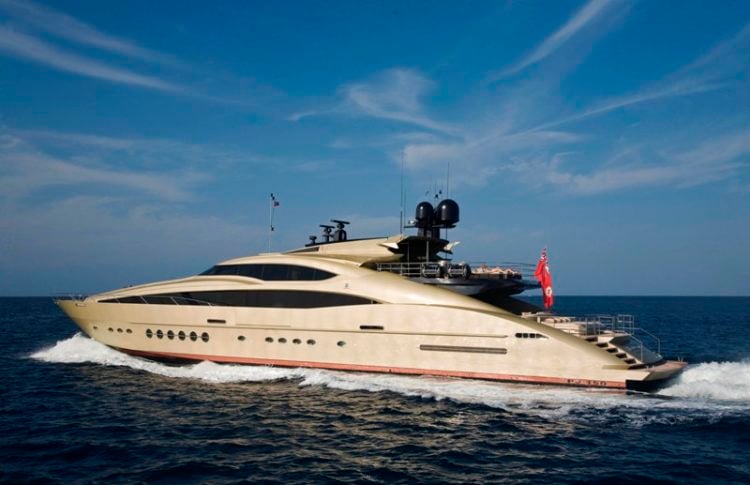 Ever since 1969, Sunseeker has been one of the companies at the cutting edge of luxury yacht design. The company’s founder, Robert Braithwaite, used new materials and technology to give a small group of customers a new experience on the sea. And since the 1960s, the company have become one of the leading experts in luxurious boat design.

One of their most noteworthy customers is Nicole Kidman

It’s expected for successful actors and actresses, businessmen and entrepreneurs to own expensive things such as enormous mansions, expensive cars, and luxury yachts, and actress Nicole Kidman is no exception. Like the director Steven Spielberg, Nicole has bought a luxury yacht and named it the Hokulani. The name has a great significance for this actress, who was actually born on the Hawaiian island Oahu, and according to this article from E-News, her parents actually gifted her with the Hawaiian name Hokulani, a name Nicole’s husband, Keith Urban sometimes refers to her as. Hokulani means heavenly star in Hawaiian.

Crowned the richest celebrity of Australia, according to this Daily Mail article for 2017, Nicole Kidman has starred in numerous successful movies, such as Moulin Rouge, and her success is shown in her collection of mansion houses such as the Bunya Hill property, which cost the actress $6.7 million, according to this Youtube video, but it is her luxury yacht, the Hokulani which is the subject of this article. The Hokulani is a “Sunseeker Manhattan 74” luxury yacht, costing Nicole Kidman a cool $ 4.5 million to buy, and according to this Youtube video which goes into detail about the 9 most expensive things this great actress has already, the yacht contains every amenity anyone could wish for. According to Club Yacht’s article on the actress’s yacht, the Sunseeker can travel at 29 knots thanks to its twin MTU-4000 engines. The interior luxuries were the brainchild of the design team based in Nuvolari-Lenard, and owners other than Nicole Kidman can enjoy furnishings done in natural wood and fittings which provide an air of elegance, while large windows offer passengers tremendous views of the outside world.

The Hokulani is perfect if you want to have a fun time on the ocean, and in the summer months, Nicole frequently travels on the Hokulani. And why shouldn’t she? It has an on-deck wet-bar with showers which can issue hot or cold water, a luxury saloon, a well-stocked galley (kitchen in ocean terms), five luxurious cabins complete with en-suite bathrooms with provided entertainment facilities so the guests won’t become bored on a cruise and a living area which provides great entertainment should the actress have guests staying with her onboard the yacht. Even better – she and anyone with her can enjoy the water sports. The Hokulani, as a Sunseeker luxury yacht has waterski’s provided, along with tows to PWC’s, and snorkeling equipment and wakeboards.

Unfortunately, it isn’t all fun and games for Nicole Kidman

Nicole Kidman has long since been known as one of Sydney, and indeed, one of Australia’s most favorite children, though her reputation took a battering in 2008 when she had a poor error in judgment. The actress has sparked anger because of the Hokulani. According to this article dated from 2008, from Independent, neighbors want Nicole to take the yacht away with her. Nicole once lived in a prestigious apartment building in Sydney, close to the harbor. This building is home to some of Australia’s leading celebrities. When she sold her apartment, she made the mistake of leaving behind the Hokulani. Her former neighbors were left furious, and who could blame them for the actress’ actions? She had left behind this $4.5 million yacht in the harbor for nearly a year, which contravened the by-laws which regulate life on the pier the Hokulani was moored to in Walsh Bay, which is one of Sydney’s rejuvenated success stories, and contains some of the cities most expensive and luxury homes.

The bylaws state very clearly the only people who can moor their boats and yachts at the marina which is adjacent to the property Nicole Kidman had once lived in, and some residents have event accused the local committee of showing favoritism towards the actress because they allowed the Hokulani to remain moored in the marina for a year. To the Australians, it was probably bad enough that Nicole’s starring role in the movie Australia, where she played an English aristocrat, who inherited a ranch was panned. What made it even worse was around the same time the Hokulani was moored to the marina after she had moved away, Aboriginal leaders condemned her for playing the didgeridoo, which has long since been played by men traditionally. So the last thing the actress needs is aggravation from her former neighbors, although from a certain point of view their condemnation wouldn’t be especially high when compared to the condemnation of the Aboriginal people of her home country.

Far from being ignorant of the bylaws, the Sydney star knew what she was doing. The reason she had left the Yacht moored at her former home was, as a spokesperson said, she intended to try and buy a property in the same area. It never happened. The spokesperson promised residents the Hokulani would be moved shortly, and it was, though not before its presence upset the local residents.