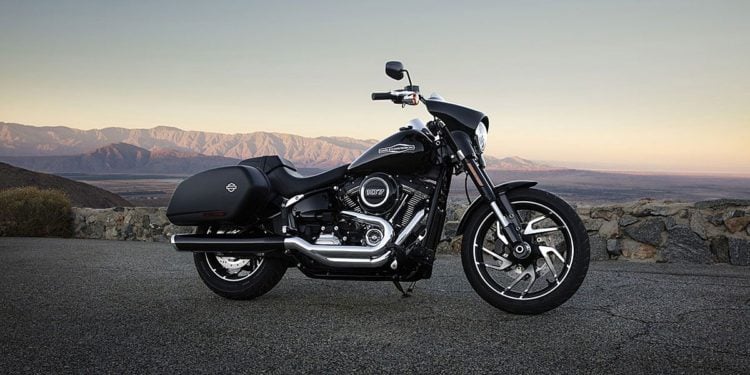 Harley Davidson is known by many as the King of American manufacturers. Harley Davidson was established in the good old USA in 1903, Milwaukee Wisconsin. They earned this title by not only producing an outstanding product, but withstanding the Great Depression and enduring two world wars. Tough, decisive and durable, did you ever wonder why these magnificent examples of “Made in America” craftsmanship garnered the nickname of “Hog”? Some may very well assume that being called a hog motorcycle has something to do with the distinct rumbling of their exhaust. Others may assume that it has something to do with the bulk and size of the Harley itself, or perhaps the tough reputation their riders have created for themselves. However, these and other assumptions are incorrect. If you’d like the answer, stay tuned and we’ll fill you in on just how that came to be.

Before we go any further, know that only Harley Davidson motorcycles are rightfully referred to as hogs, though many uninformed often refer to any bike as a hog. Harley’s received that nickname back in the days of WW I, on the racetrack. Motorcycle racing prior to WW I was a new sport with a fast growing fan base. During this era, the tracks belonged to the Harley Davidson factory racing team. For you see, their racing team dominated the tracks, earning them the nickname of “The Wrecking Crew”. No other professional racing team could stand up to them, not even their main competitors in the sport, Indian.

Once the U.S. entered the First World War, all racing, including auto racing, was stopped. During this time, all motorcycle companies had to halt production for civilians in order to supply the U.S. military with enough motorcycles for their soldiers. Once the war ended, it was back to the tracks for the Wrecking Crew. As amazing as the Wrecking Crew was, the nickname of “hog” was due solely to the action of one man: Ray Weishaar.

Ray Weishaar was a Class A motorcycle racing champion. He was born on September 9, 1890 to a poor family in Oklahoma. In order to help his family out, he took any gig he could. Back in the day, motorized bikes were just becoming a thing, so Ray saved up enough to purchase his own to make traveling more efficient. It was this decision which led to his career on the track and working with Harley Davidson. Known as the “Kansas Cyclone”, Ray swiftly racked up a solid reputation as one of the best, overall motorcycle racers in the U.S. In 1916, he became a member of Harley Davidson’s official racing team, the Wrecking Crew.

Just as you’d expect, the Wrecking Crew owned the tracks upon which they raced. Win after win brought their fans to their feet. One day, Ray Weishaar decided to adopt a pet pig named Johnny from a local farmer. The little fellow was so endearing, he soon became a team favorite, and was deemed their official mascot. Whenever the Wrecking Crew scored a victory, Ray placed little Johnny upon the top of his tank, whisking his little buddy around for a final victory lap. Just as you’d expect, their fans ate it up, and so begins the legend.

This simple act with Johnny soon attracted the attention of sports writers from near and far. As such, these writers began to refer to the Harley Wrecking Crew as “Harley Hogs”. Before you knew it, the name caught on with both racing fans and public alike, and the word, “hog” was attached to all Harley models. In case you’re curious, there are a few images of Ray with Johnny riding on the tank, but the most famous is where Ray is giving little Johnny a refreshing sip of Coca Cola, as if to thank him for a job well done. .

Hog is Not Trademarked by Harley Davidson 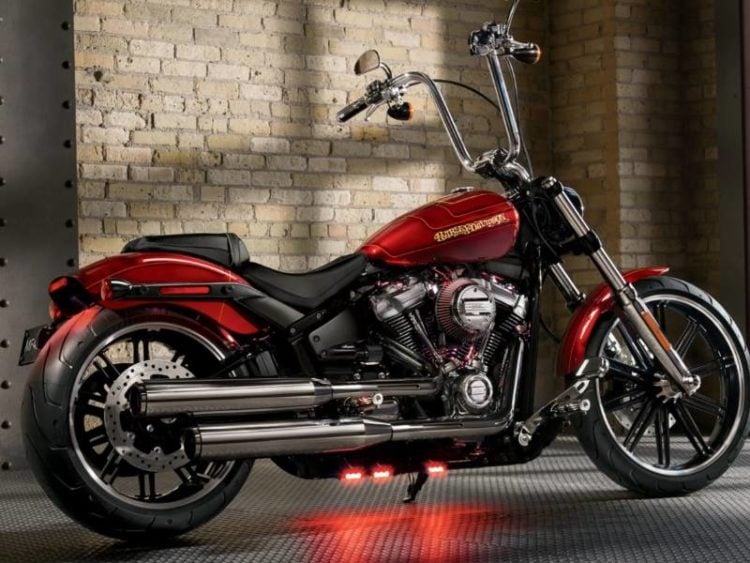 It may surprise you to learn that the term “Hog” of “hog motorcycle” is not trademarked by Harley Davidson. In fact, according to “The Legal Environment of Business”, “Hog” is considered generic. Hence the confusion, as any large customized bike can be called a hog and suffer no legal action from Harley Davidson. According to the same source listed above, it’s believed that while the Wrecking Crew of the 1920’s got the ball rolling, people have been calling large bikes hogs since around 1935. Still, among motorcycle enthusiasts across the globe, it’s the iconic Harley that owns the term.

As the term “hog” became affiliated with their product, Harley Davidson took it a bit further. They’ve named their official riders group the H.O.G. or Harley’s Owners Group. H.O.G. Established in 1983, H.O.G. provides Harley owners with a number of benefits ranging from roadside assistance, local chapters, to special events. Finally, in case you’re searching for information on the New York Stock Exchange for Harley Davidson, know that they use HOG on the stock market listing.

The Harley Davidson Marketing division, not to be left out, created a plethora of ads and accessories modeled after Johnny. These items included anything from adorable stuffed pigs in biking gear to smartly designed belt buckles. Wall art such as posters were also created, as well as piggy banks, t-shirts and yes, even pet products, all of which helped seal the deal when it came to associating Harley Davidson with the term “hog”.

As you can see, the nickname of “hog” actually has its roots in the early days of motorcycle racing, close to 100 years ago. While it can and is used by some to categorize some custom builds, it actually refers to a Harley. Some Harley Davidson riders go a step further and only use it to describe the larger bikes such as cruisers, while leaving out the other models like Sportsters. So, whenever you see a Harley, know that it is only that brand which is considered a hog motorcycle. As for Ray Weishaar, he passed away on April 13, 1924 after a hard spill into a fence. In 1998 he was inducted into the Motorcycle Hall of Fame.