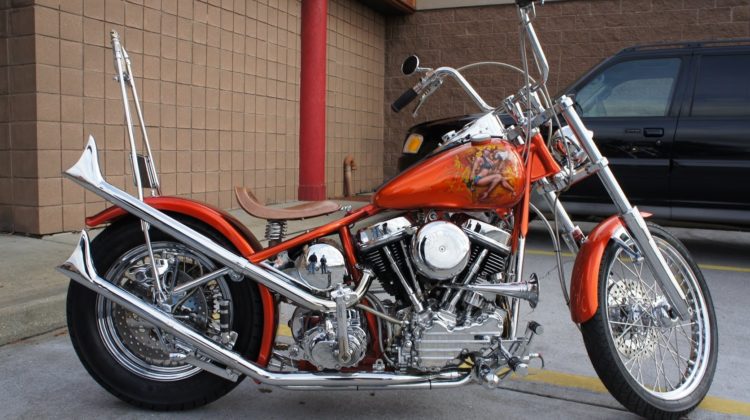 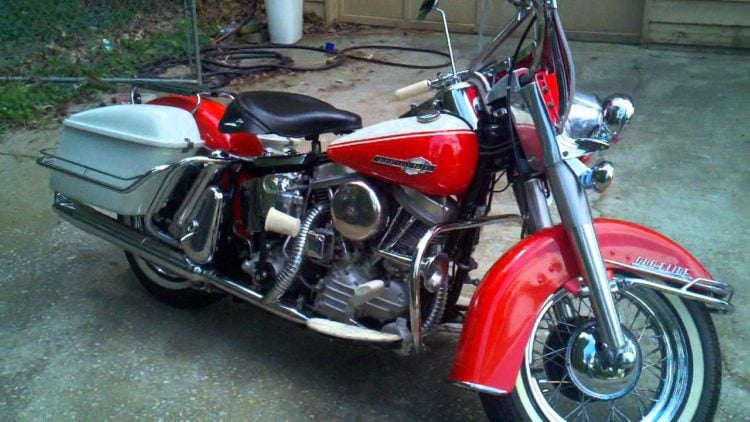 This is a bike for the solo rider. The Duo-Glide is different from other models in the fact that it doesn’t have a buddy seat. That being said, the 1963 FL Duo-Glide follows in the footsteps of previous FL models. This particular one has two sets of points and coils that are only unique to Harley FL models from 1961 to 1964. The style of this bike is elegant. The addition of the chrome trim adds a touch of class to an already beautiful piece of engineering. The Duo-Glide reaches top speeds of 160 km/h or roughly 99 mph. Harleys are essentially the luxury line when it comes to motorcycles, but this particular XLH Sportster model from 1967 is supposed to be the luxury version of Harley Davidson’s Sportster lines. At first glance, you might not see luxury in this bike. But the more you know about this model, the more you’ll get the luxury side. First, the XLH uses an electric starter instead of a kick-starter, but it does have one as a backup. It also has a larger fuel tank and better overall performance in comparison to other bike models. The XLH Sportster was a record-setter during its time, a fact that actually helped boost its sale during the late 60s. This particular stock motorcycle was faster than other custom bikes during its time. 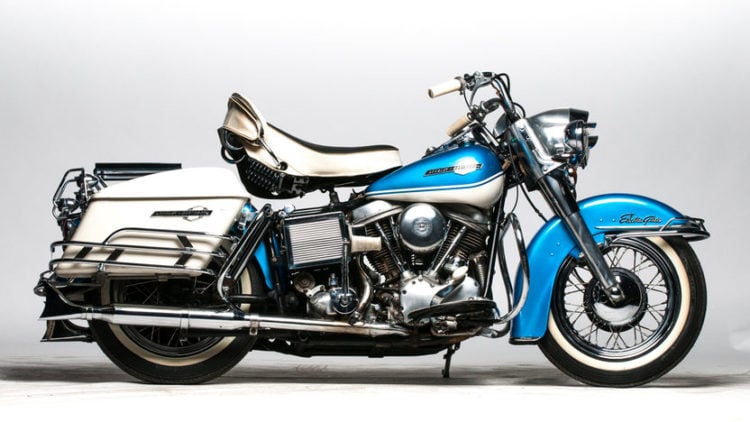 This is the first large Harley that was ever equipped with an electric starter, and it was also the very last Harley fitted with a Panhead engine. Because of this reason, the 1965 Harley Davidson Electra-Glide has become quite the coveted collectible. The Panhead engine was first introduced in 1948 and had geared Harley bikes through all those years. Modifications were made along the way, but the essence of the Panhead still remained. The usual 6-volt system of Harley Davidson bikes during that time waw replaced with 12-volt electrics when the Electra-Glide was developed. All in all, the Electra-Glide was one of the most popular touring during its day, and it remains to be so even today. This particular model is actually a hybrid of America’s Harley Davidson and Italy’s Aermacchi. There was a slight gap in the Harley collection that this hybrid was able to fill in. The Sprint featured a 250cc horizontal four-stroke single that was virtually unrivaled during its time. It was different from all other Harley models, and that was probably the reason why it became so popular among buyers and bikers. The 1966 Sprint was a more mature version of the original 1961 model. The design has evolved by that point, becoming more modern and essentially better. The Sprint is a true American-Italian classic—one that’s hard to come by today. If you see this bike, you’d probably never guess that it’s actually a Harley. The Topper has more of a scooter look and feel to it, and while it doesn’t have the chopper appeal, it certainly has a different kind of charm. It was definitely made to appease all the consumers who were craving scooters at the time. But perhaps the best part about the Topper was the fact that it was available with a sidecar pairing. Surely, not everyone looks for a sidecar as a buying parameter; but when it comes to family, there’s no doubt that having a sidecar is enough case to actually buy an electric scooter. Nothing else in the market looked like the Topper then, and it’s definitely a great option now.