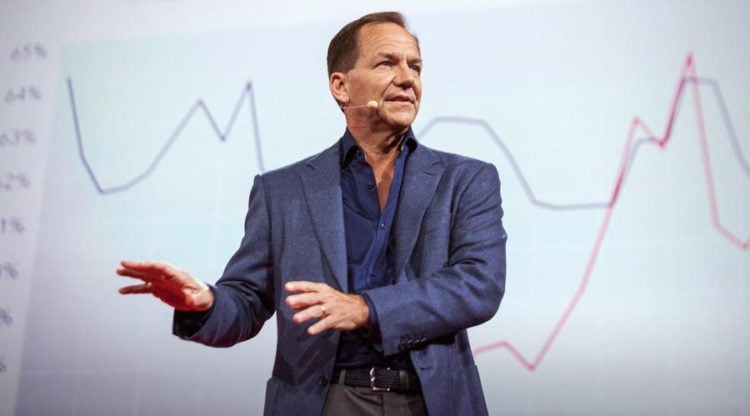 Want to meet one of the richest men in South Florida? Then meet Paul Tudor Jones of Palm Beach, an investor, hedge fund manager, philanthropist, and, as of 2019, the #131 richest person in America. Jones made his name by being one of the few investors to not only predict Black Monday but to actually make a profit from it. Since then, he’s established himself as one of the most successful hedge fund managers of all time (and a pretty committed philanthropist, to boot). Find out more about how he made his billions with these 20 little known facts.

After graduating from the University of Virginia with a degree in economics in 1976, Jones spent a brief spell working on the trading floors as a clerk, before taking on an appointment as a broker for E.F. Hutton & Co. He then went it alone for two and a half years before applying to Harvard Business school. He was on the verge of departing for university when he realized he was already in the best place possible to learn his craft, and that going to business school was not going to give him the skillset he needed to get ahead in his chosen career.

3. He loves the excitement of trading

On Jones’ first visit to the commodities exchange, he decided there and then that that was the future for him. “I went to New York and saw the floor of the commodities exchange and there was such an energy level there and so much excitement that I knew that was the place for me,” he’s said. “I’ve always liked the action and the exchange seemed like a perfect home for me.”

After deciding not to pursue his education further at Harvard, Jones chose to stay in New York and go it alone. He found the experience of working without the backup of a team difficult and admitted to being “really bored”. “All through growing up I’ve been involved in team sports and fraternities and in school I was involved in a whole variety of activities all of which were team-oriented and when I was on my own I was printing money every month, but I wasn’t getting the psychic satisfaction from it,” he told Turtle Trader.

5. He considers himself the most conservative investor in the world

Asked to describe his investing philosophy, Jones would describe himself as the “single most conservative investor on earth”. “I absolutely hate losing money,” he explained to Turtle Trader. “My grandfather told me at a very early age that you are only worth what you can write a check for tomorrow, so the concept of having my net worth tied up in a stock a la Bill Gates, though God almighty it would be a great problem to have, it would be something that’s just anathema to me and that’s one reason that I’ve always liked the futures market so much, because you can generally get liquid and be in cash in literally the space of a few minutes. So that always appealed to me because I could always be liquid very quickly if I wanted to. I’d say that my investment philosophy is that I don’t take a lot of risks, I look for opportunities with tremendously skewed reward-risk opportunities.”

6. His first mentor was Eli Tullis

After becoming too bored of going it alone to want to continue, Jones had the good luck of being introduced to commodity broker Eli Tullis by his cousin, William Dunavant Jr, then the CEO of Dunavant Enterprises, one of the world’s biggest cotton merchants. Tullis rapidly became Jones’ mentor, but while he learned a lot, it was one of the toughest learning curves he ever had. “He was the toughest son of a bitch I ever knew,” he’s since said. “He taught me that trading is very competitive, and you have to be able to handle getting your butt kicked. No matter how you cut it, there are enormous emotional ups and downs involved.”

7. He founded Tudor Investment Corporation in 1980

After learning the art of trading cotton futures at the New York Exchange, Jones decided 1980 was the year to start applying his skills for his own gain. The result was Tudor Investment Corporation, an asset management firm based in Greenwich, Connecticut that focuses on assets in fixed income, currencies, equities, and commodities asset classes. Since its inception, the company has grown into a multibillion-dollar company, managing more than 17 billion in assets.

One of Jones’ earliest successes was predicting the 1987 market crash, Black Monday. The crash, which began in Hong Kong before spreading throughout Europe and the US, resulted in the Dow Jones Industrial Average (DJIA) falling by 508 points to 1,738.74. As a result of his prediction, Jones successfully avoided falling victim to the crash and even managed to triple his investments.

9. He’s joined up to the Giving Pledge

Along with several other billionaires including Bill Gates, Elon Musk, Warren Buffet, and Mark Zuckerman, Jones and his wife have signed up to The Given Pledge, a campaign that encourages the world’s wealthiest to donate a major part of their riches to charitable causes during the lifetime. The pledge currently has over 204 signatories from over 22 countries worldwide, with over $500 billion donated to philanthropic endeavors to date. ‘We are joining the Giving Pledge because it deepens the joy of giving. We have been giving all of our lives, so taking the Pledge will change nothing in the logistics or amount of our charity. But joining this larger community of generous and kind-hearted folks is appealing to us. When two join together, their strength isn’t merely doubled; it’s increased manifold. This community, like any community, is much greater than its number of individuals,” Tudor noted of his pledge.

10. He founded the Malilangwe Trust

As well as joining the Giving Pledge, Jones’ philanthropic efforts have extended to setting up the Malilangwe Trust, a non-profit organization that oversees the management the Malilangwe Wildlife Estate (formerly known as the Lone Star Ranch), a wildlife reserve in the Pamushana Lodge, along with improving commercial tourism, community development and biodiversity conservation in the area.

11. He owns one of the best hotels in Africa

Jones’ property portfolio isn’t limited to the US. He currently owns several residencies in Tanzania, including the Grumeti Reserves in Tanzania’s Western Serengeti. Jones bought the lease of the 340,000-acre reserve in 2002 and has since established two lodges, an eco-reserve, and a tented camp on its grounds. The resort’s flagship is Sasakwa, a ranch-style house offering guests the opportunity to indulge in a world-class experience with wood-paneled libraries, labyrinthine corridors, Tennis courts, a spa, a yoga center, and European cuisine. In 2012, the resort won the honor of being ranked #1 hotel in the world by Travel & Leisure Magazine, an accolade it achieved again the following year.

12. He founded the Robin Hood Foundation

New York may be one of the wealthiest cities in the world, but it’s still home to more than 1.8 million people living in poverty. In an effort to tackle the problem, Jones has established the Robin Hood Foundation, a philanthropic organization that has rapidly become the largest organization of its kind in NYC, providing over 200 poverty-fighting nonprofits with real estate, management support and financial aid. 100% of all donations (of which much comes from other hedge fund managers) go directly to the organization’s partners.

13. He learns from his mistakes

In 1986, Jones made one of his earliest forays into philanthropy by “adopting” a class of sixth graders. The class, which until that point had been struggling academically, were promised college scholarships if they graduated high school. Jones believed the financial motivation would prompt the class to excel: in reality, only 33% of the students eventually graduated. He’s since admitted in a 2009 speech that he “vastly underestimated both the academic and social challenges facing [the students]” and his program was “completely ill-equipped to [help them] in an efficient fashion’. He subsequently used the failure to help inform his later educational efforts.

14. He’s not forgotten his alma mater

Since graduating from the University of Virginia, Jones has maintained his association with the institution by making several significant donations to its coffers. One particularly significant contribution of $35 million led to the development of a new baseball arena, which the university named the John Paul Jones Arena in honor of their benefactor’s grandfather. In 2012, he was linked to the controversial ousting of the then president of the university, Teresa A. Sullivan, and even penned a letter in support of her resignation. Sullivan’s short-lived presidency was called into question when she failed to reduce the school’s spending in the face of dwindling funds; after her forced resignation let to an outcry, she was subsequently reinstated and served for a further 5 years.

15. He’s teaching America to be just

In an effort to educate the US about which companies are considered “just”, Jones and a number of other notable names from the world of business and finance, including Deepak Chopra, Rinaldo Brutoco, Arianna Huffington, Paul Scialla, among others, co-founded the non-profit, Just Capital. The organization aims to build a better marketplace by providing information on the business behaviors of various companies to the US public.

16. He’s a member of the Investors Alpha’s Hedge Fund Manager Hall of Fame

17. He’s married to a yoga entrepreneur

In 1988, Jones married his partner, the Australian-born Sonia Klein. He and his wife (who can claim the somewhat unusual title of “yoga entrepreneur’ and currently owns a series of yoga studios and boutiques) live in Palm Beach with their four children Caroline, Dorothy “Dottie”, Chrissy, and Jack.

18. He’s tried to repress a documentary

For the past 3 decades, Jones has been working to repress a PBS documentary from 1987 that focuses on his trading activities. The film highlights Jones’ calling of Black Monday, and the methods he used in both anticipating and profiting from the subsequent crash. Whenever videos of the documentary surface, it’s been reported that Jones tries to buy them up; online uploads are also usually taken down in swift order. While the documentary shows Jones in a positive light, it’s believed his attitude to the release is informed by his reluctance to reveal trading secrets.

When it comes to politics, Jones swings all ways. Over the past few decades, he’s contributed huge sums to both major political parties, including a $200,000 donation to Mitt Romney in 2012. He’s also lent his support to John McCain and Rudy Giuliani’s presidential campaigns, and in 2008, held a 500-person fundraiser in support of Barack Obama’s presidential bid.

20. He doesn’t believe in being the hero

According to Cheetah Advisors, Jones’ investment strategy can be summarized in just a few lines: ‘Don’t be a hero. Don’t have an ego. Always question yourself and your ability. Don’t ever feel that you are very good. The second you do, you are dead” … if that’s the way to get to a net worth of $5.1 billion, we’ll buy it. 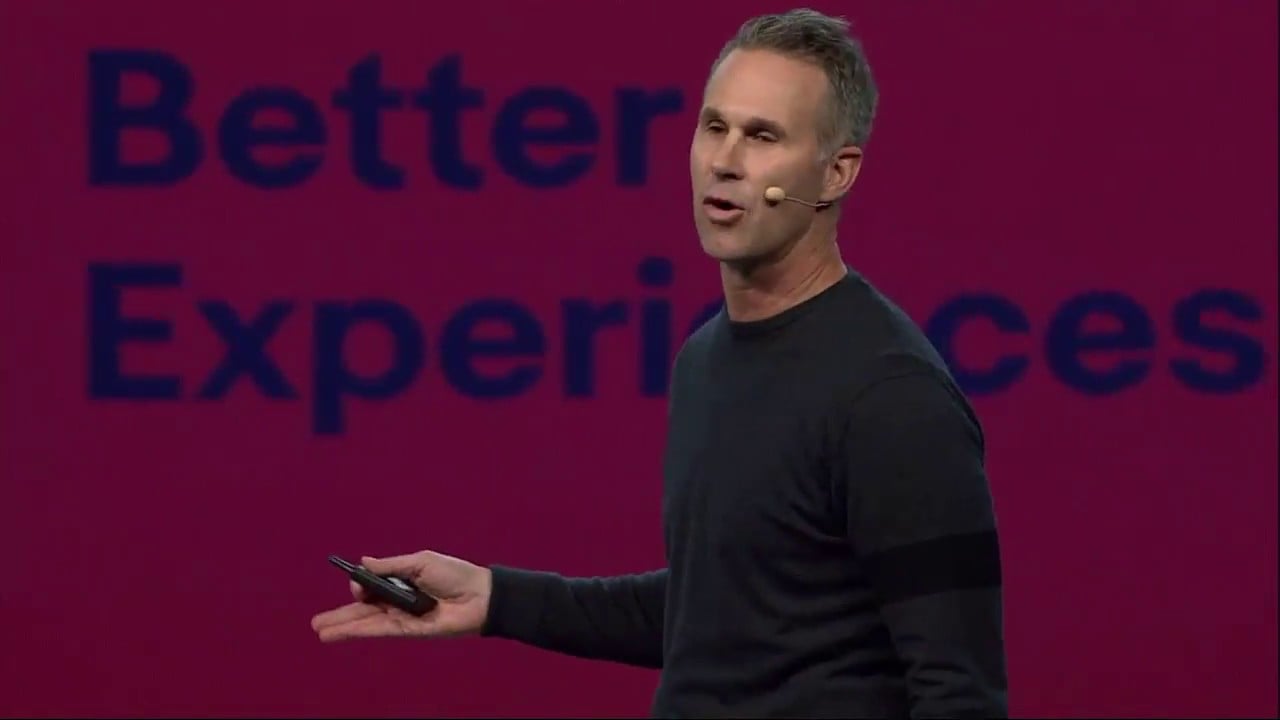 The internet is the basic unit of our technological evolution, especially… 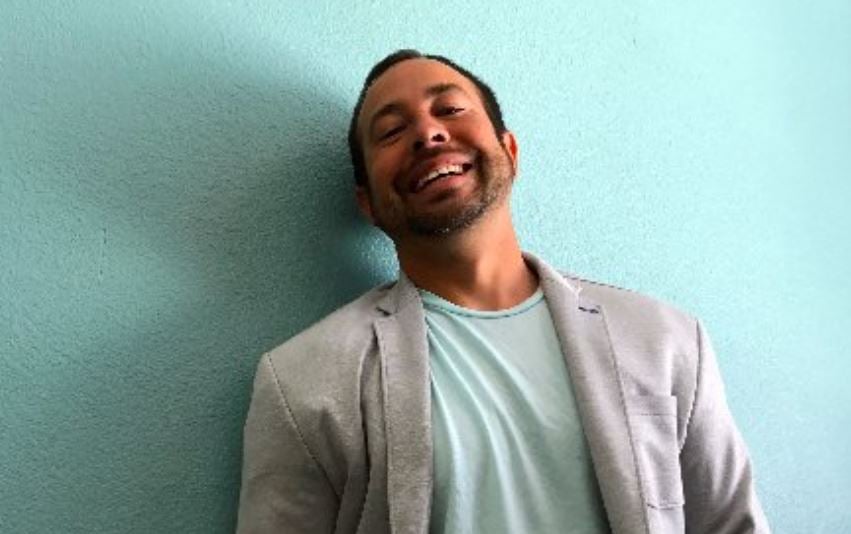 Jeremy Almond is a businessman and entrepreneur who serves as the… 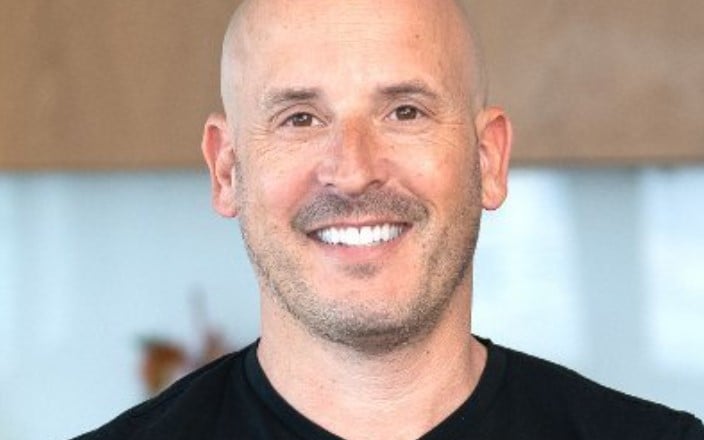 Omri Kohl is the CEO and co-founder of Pyramids Analytics, a… 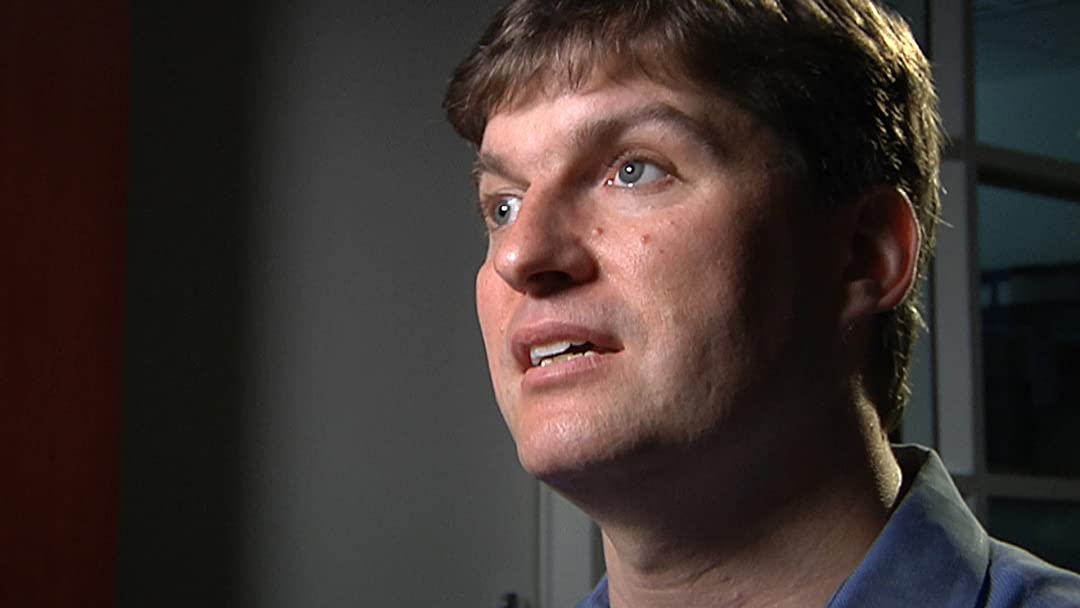