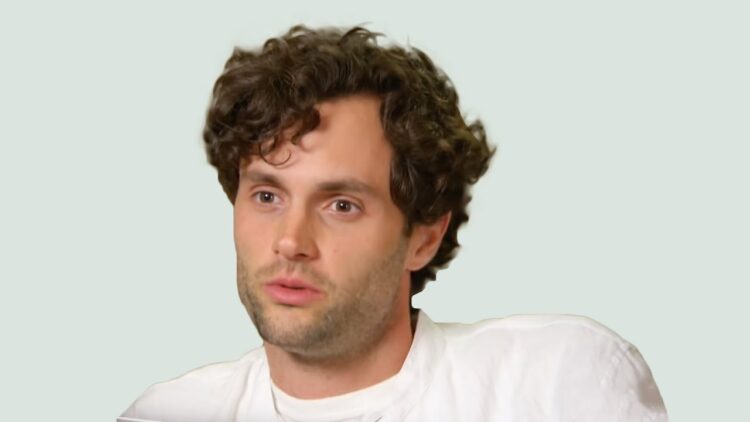 Penn Badgley is an American entertainer. Generally speaking, he is best-known for being an actor. However, it is interesting to note that Badgley is the lead singer for an indie pop band called MOTHXR as well.

What Is Penn Badgley’s Net Worth?

On the whole, Badgley has been very successful. After all, Celebrity Net Worth estimates that he has a net worth of $8 million, which is particularly impressive because he is still in his mid 30s. Of course, the number isn’t exact. Even so, it should have some informative value for interested individuals.

How Did Penn Badgley Reach His Net Worth?

Penn Badgley was born in the city of Baltimore in the state of Maryland. His father was a newspaper reporter, then a carpenter, then a home builder, and then a not particularly successful politician. Similarly, his mother worked various jobs as well before starting a jewelry design business with his godmother. As for Badgley himself, he seems to have taken a strong interest in entertainment at a young age. For proof, look no further than the fact that he moved to the city of Los Angeles for the purpose of pursuing a career in entertainment when he was still at the age of 11. Something that was possible because of his mother’s support.

Apparently, Badgley was already making music at this point in time. As the story goes, he recorded a pop single in 1998. It was never released, presumably because the effort was as he himself put it, it was both “terrible” and “misguided.” Meanwhile, Badgley’s efforts to become an actor at around the same time were more successful. Initially, he did voicework for radio stations aimed at kids. However, Badgley’s first credits came from Mario Golf 64 and Mario Tennis 64 because he did voicework for those two video games in 1999 and 2000. From that point forward, Badgley received more and more prominent roles. The first time that he appeared on the screen was on an episode of Will & Grace, which was very popular from the late 1990s to the mid 2000s. In fact, the show received a three-season revival from 2017 to 2020, thus making it one of the more successful nostalgia-driven projects of the period. Afterwards, Badgley started making appearances in a succession of shows, with examples including The Brothers Garcia, What I Like About You, and The Young & the Restless. Eventually, he started appearing in movies as well. In particular, Badgley had his first role in a notable movie in 2006 with John Tucker Must Die. There, he played the titular character’s brother Scott Tucker, who served as a love interest for the heroine of the movie.

Having said that, it was in 2007 that Badgley picked up the role of Dan Humphrey on Gossip Girl, which is still the role that he is best-known for. Amusingly, it is said that he actually turned down the role at the start. After which, Badgley didn’t get talked into doing it until the producer had experienced serious issues with finding a suitable replacement. Regardless, his decision to play Dan Humphrey worked out wonderfully for him. Gossip Girl was a success. Moreover, Badgley’s character was specifically a success, as shown by how he was nominated six times for a Teen Choice Award over the course of the show. As such, it is no exaggeration to say that the role did a great deal to boost his profile. Since then, Badgley has continued acting in both shows and movies. He has had both successful and not so successful projects. However, it is clear that he remains very active in the world of entertainment. For instance, he has been on the show You since 2018. For those who are curious, Badgley plays the lead character, a very toxic, very obsessive individual with a huge impulsive streak that leads to terrible, terrible decisions. On the whole, You has been quite successful. There have been three seasons totaling 30 episodes so far. Moreover, a fourth season had been confirmed before the third season had even premiered, which suggests a great deal of confidence in the show from its backers. What makes Badgley’s involvement with the show extra-interesting is the fact that he is a producer as well. That seems to be the first time that he has ever been a producer, so it will be interesting to see what comes of that in the future.

Similarly, Badgley has been in a number of movies over the course of the 2010s. To name an example, he was in Cymbeline in 2015, which was a modern take on the Shakespearean play of the same name. In it, Badgley played Posthumus, who is named thus because he was a posthumous son. As a result, he was taken in by the titular king, with the result that he was raised alongside the king’s daughter Imogen. In 2016, Badgley was in both The Paper Store and Adam Green’s Aladdin. The first was the movie version of a play called 516. Meanwhile, the second was an indie movie that was supposed to be a modern take on the classic fairy tale. The latter is quite unusual, as shown by the statement that most of its funding was spent on its cardboard sets. In more recent times, Badgley was in Here Today. There, he played the son of the titular character, who has an estranged relationship with his two children but is suffering from dementia. Other than his acting, Badgley has worked as a musician as well. This can be seen in how he formed the pop band MOTHXR, which is named thus because of a cease-and-desist letter from another band with a similar-sounding name. The band doesn’t seem to be particularly well-known. Still, MOTHXR did get signed. After which, it managed to get a studio album released.