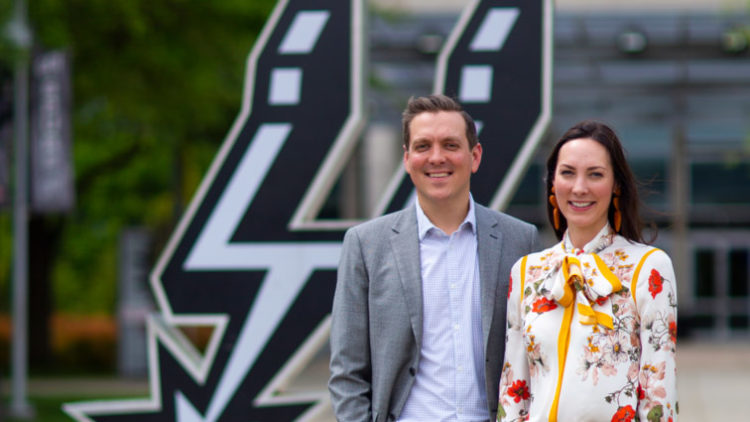 Peter J. Holt is one of the two leaders of the family business. This is notable because said leadership comes with control over Spurs Sports & Entertainment which owns multiple sporting franchises. Here are 10 things that you may or may not have known about Peter J. Holt:

1. Went to University of the Incarnate Word

Peter J. Holt is the son of Peter M. Holt. Both individuals are sometimes called just Peter Holt, which is something that can cause a fair amount of confusion for interested individuals. In any case, Peter M. Holt played a very important role in turning a Caterpillar dealership into the corporate titan that exists in the present time.

As stated earlier, Peter J. Holt is one of the co-leaders of the family business. The other co-leader is his older sister Corinna Holt Richter. It is important to note that this isn’t some kind of sudden team-up between the two siblings. Instead, it is more of a long-term partnership, as shown by how the two also assumed co-leadership of Holt Cat in January of 2018.

There is one more individual in Holt’s family of particular note. In short, he is the great-grandson of Benjamin Holt, who was the American inventor who came up with the first tractor on a continuous track system that was suitable for practical use. As such, he and his brothers founded the Holt Manufacturing Company, which was one of the two companies that came together to create Caterpillar Tractor Co. in 1925. Said merger happened because it was the best way to resolve their long-running legal fight that had continued into the Great Depression, which was having a very negative effect on their operations at the time.

Holt is a member of Delta Mu Delta. In short, it is a honor society that recognizes excellence of the academic sort among the students of business administration programs offered by the schools that have been accredited by the ACBSP. Its symbol is a very recognizable ship over the Greek letters ΔΜΔ enclosed within a bigger Δ, which in turn, is situated over a key. For those who are curious, the ship represents financial success, while the ΔΜΔ is a reference to the Greek version of the Delta Mu Delta’s motto of “Through Knowledge, Power.”

7. Runs the Biggest Caterpillar Dealership in the United States

In the present time, Holt and his sister are responsible for running Holt Cat as its CEO and President. Holt Cat is the single biggest Caterpillar dealership in the United States, meaning that it plays a pretty important role in the market for construction equipment to say the least. With that said, it isn’t the biggest Caterpillar dealership that can be found out there because the manufacturer is international in nature. Currently, its two biggest dealerships are Finning International and Seven Group Holdings. One operates in Canada, the United Kingdom, and various other countries. The other operates in Australia as well as Northeast China.

8. Oversees a Wide Range of Businesses

With that said, the Holt family business isn’t limited to Holt Cat and Spurs Sports & Entertainment. Other examples range from Holt AgriBusiness, which specializes in farm equipment, to Sitech Tejas, which specializes in construction technology systems. On the whole, while it would be exaggerating to say that the Holt family business is very specialized in nature, there is definitely some degree of focus to its operations, which presumably provide it with a fair amount of synergy between these components.

It stands to reason that Holt and his sister would split their responsibilities so that each could focus on a particular set of them for increased efficacy and efficiency. For those who are curious, it has been said that Holt focuses on overseeing the operations himself. In contrast, his sister is more focused on the administrative functions such as IT, legal, marketing, and human resources, which might not be as directly relevant but are nonetheless critical for ensuring that businesses can continue functioning.

Both Holt and his sister have been prepared for some time to take over the reins of the family business, which was very much a gradual process. However, their rise still provided some much-needed stability because it happened at around the same time that their parents were locked in a legal fight because of their divorce. As such, there was a great deal of concern over what would happen to Spurs Sports & Entertainment and the sports franchises under its corporate umbrella because of uncertainties related to the outcome of the legal fight. Due to this, there was a fair amount of relief from some stakeholders when it turned out that Holt and his sister would be taking control of the family business instead.