Home
Travel
The Top 5 Places to Sail in Tahiti 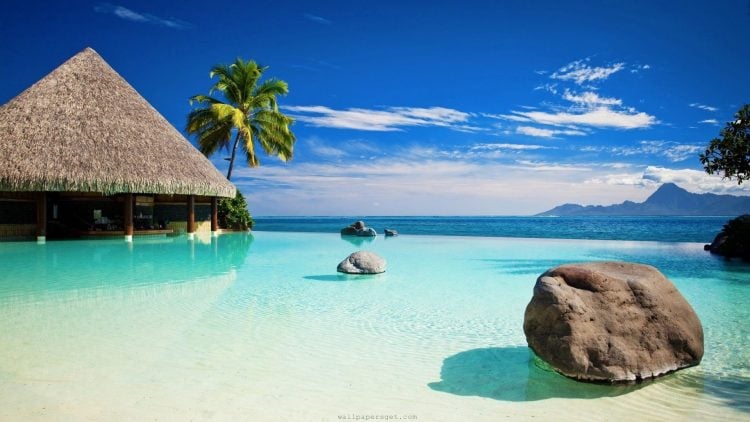 Tahiti is one of those places where the nautical conditions are pretty much near perfect all year long. To sail in Tahiti means to enjoy not only the beauty of the islands, but also the chance to see schools of fish and dolphins swimming nearby. The majority of vessels dock in the port of entry at Pepeete, the French Polynesian capital. But experienced sailors will request prior approval to be cleared to dock in the ports of Bora Bora, Moorea, Huahine, Rangiroa, Hia Oa, Nuku Hiva, Mangareva or Ua Pou.

There are strict rules governing docking in Tahiti. A bond in the amount of $800 USD must be paid for each crew member, and vessels which have traveled from Central or South America, and any other Southern Pacific Island must be also fumigated. The first step in sailing to Tahiti requires reporting to the gendarmerie or the local French police at all Tahitian ports-of-call.

The South Pacific island region is known for its dominant easterly trade winds. The recommended time for best sailing in Tahiti is from April through June, as the wind is often blowing gently at 25 knots and the temperature is moderate at 30 degrees C. The winter season is August through July, and the trade winds become much stronger then. Temperatures are also much cooler. November through March is hurricane season, and it is rainy, so most sailors avoid the area then.

The maximum amount of best sailing is taking easy passages behind the coral reefs which circle around the islands.

Here is a set of day sailing ideas for exploring some of the best Tahiti offers. 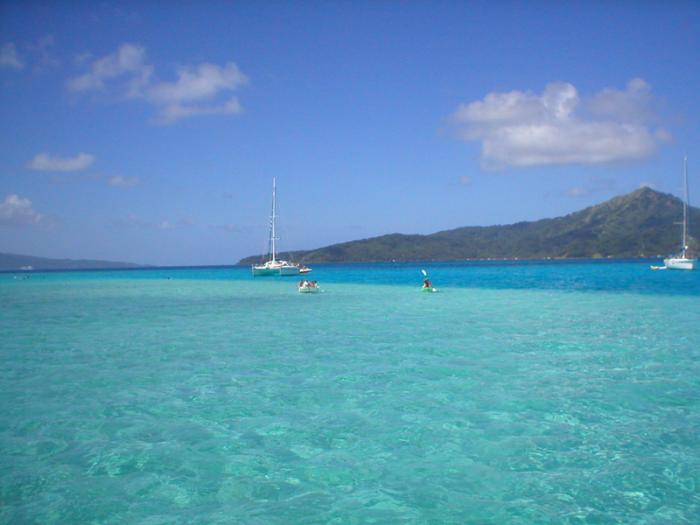 Sail inside the barrier reef heading north from Uturoa to Apu Bay. Apu Bay is nestled into the south end of Tahaa, and the bay provides protection from most winds except south winds. The Tahaa mountains are truly magnificent. Yachting in Apu Bay is popular because of the exquisite South Pacific scenery.

Tahaa’s nickname is Vanilla Island. It has vanilla plantations, and even from the sea, the fragrance of vanilla is carried to sailors on the winds. The place to moor is at the Taravana Yacht Club, which has a nice bar and a French restaurant. Diners at the excellent restaurant are allowed free mooring. Sail around the top of Bora Bora within the lagoon. The lagoon widens north of Pt. Raititi along the shore of Bora Bora. There are hotels and restaurants there because the scenery is truly amazing, and it is understandable why yachting is so popular there. Povai Bay is to the east, while the small Topua island is to the west. Bora Bora was formed by a volcano, and Topua also remains due to it. Diners at Bloody Mary restaurant in Povai Bay enjoy moorings there.

Anchor west of the beacon which marks the northern end of the reef by Pt. Raititi. The bay has day anchorages with easy access to the reef and the beach, but it is also nice to spend the night in Topua Bay at the island’s south end. Dockage for dinghies is available at Hotel Bora Bora if boaters have their meals and drinks there. There are excellent beaches reached by dinghy for reef snorkeling. Excursions for scuba diving are available. Shops, restaurants and art galleries welcome strollers who prefer to spend time ashore. 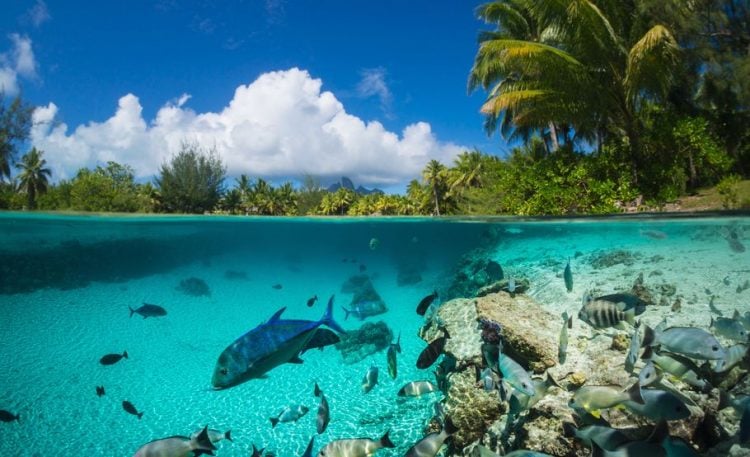 For centuries, sailors have come from around the world to see the paradise of Bora Bora. Though many do visit, and some feel that it is often too tourist-filled, the truth is that the journey to Tahitian waters would not be complete without spending some time experiencing Bora Bora. It is 23nm from Apu Bay to Bora Bora. Approaching Bora Bora, the peak of Mt. Otemanu is visible high about the ocean. Sail through the reef into the lagoon. The main town is Vaitapa Village, and just north of the town is the famed Bora Bora Yacht Club. A stop there is a highlight for many worldwide cruisers. Vaitape’s south side has a trail leading to the top of Mt. Pahia. Hikers who reach the summit are rewarded by amazing island views.

The Coral Garden features some of the best snorkeling in Bora Bora. The coral reef is not far below the ocean surface and the water is usually calm because it is protected by the reef and the island lagoons. Access to the reef can be easier when taking a guided tour. It is possible to take a guided tour on a motorized outrigger canoe to the Blue Lagoon to encounter the Black-tip Reef Sharks being fed by the guide’s hands. Octopus, sting ray, eels and reef shark frequent these waters, so care must be taken while catching glimpses of them.

Moorings are available for free for diners at the yacht club restaurant. The club dock is the place to stock up on water. There is also free internet access for restaurant diners. For those who wish to tour the island, car rentals are available in Vaitapa Village. Cruising in Faaroa Bay will lead around the northern end of Raiatea Island, and then southeast along the island’s eastern coast. Here, the channel is marked well. To starboard is Faaroa Bay, which is an indentation which reaches deep into the island shore. There are mountains on either side, quite steep, but covered with palm trees and other tropical plants and flowers.

Mooring in the bay provides access for exploring the Aopomau River. It is lush with jungle vegetation along the river shores and plantation lands. Along this route, the 3,400 foot Mt. Tafaatuaiti is the tallest peak above sea level throughout the Leeward Islands of Tahiti. There are 15 moorings in the bay, but none for dinghy dockage and no facilities for yachts. 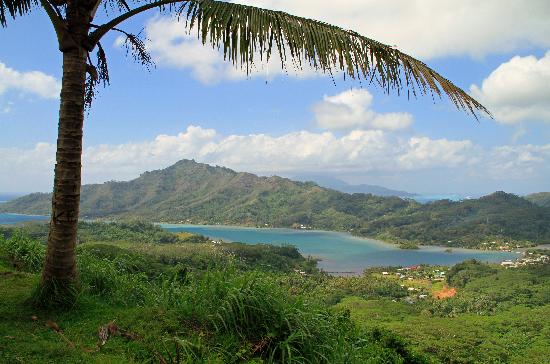 This is iconic South Pacific sailing. The entire open water passage is about 35 nm. It is fast sailing, off the wind, on the sea with Raiatea and Tahaa views from the ocean. Taking the pass through Tahaa, Haamene Bay is only a few miles further. The bay is beautiful and secure. For a lovely dinner at day’s end, the Hibiscus Restaurant offers delicious fare. There are moorings available there. There is dinghy dockage at the Hibiscus Restaurant.The best protection is found by anchoring at the bay’s head. A hiking trail starts at the head of the bay and leads over Mt. Taira through tropical forest to Hurepiti Bay. No yacht facilities are available.

These sailing locations are favorites of experienced yachtsmen. The magical beauty of Tahiti is present at each. Whether sailing with a self-chartered yacht, or as part of a chartered itinerary, these top spots are certain to be on the list of must see when visiting lovely Tahiti.