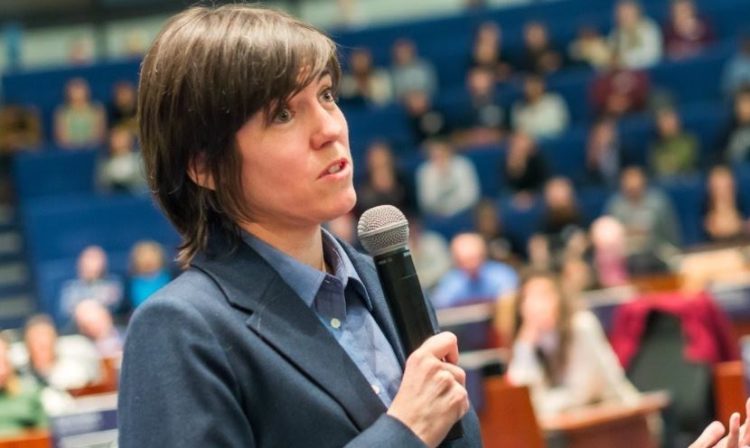 Over the past few years, more women have taken up roles in science and technology. In Toronto, one of the women whose work has been in the spotlight is Raquel Urtasun, the founder and CEO of Waabi. Urtasun utilizes machine learning and computer science in shaping the future of the automobile industry.

Raquel Urtasun was among the 32 women named women of the year by Chatelaine. The women included in the list were experts in different fields that ranged from advocates for mental health to those involved in promoting inclusivity of women in different areas. Urtasun was recognized for her engagement in machine learning and AI-associated research.

In 2018, Raquel Urtasun was named the top influencer by Adweek Magazine. The magazine named her one of 33 media, marketing, and tech stars who have contributed to creativity and technological advances in Toronto. The list of influencers included the singer and songwriter The Weeknd and the poet and novelist Margaret Atwood.

8. Worked as a Visiting Professor

She was a visiting professor at the Swiss Federal Institute of Technology in 2010. The facility focuses on machine learning and different uses of AI. She was visited the facility and worked there during the spring semester, where she served for a short period before returning to Toronto. She was invited at the facility because of her background in computer science, machine learning, and AI research.

7. She has a PhD in Computer Science

6. Co-founder of the Vector Institute for AI

Urtasun is the co-founder of the Vector Institute, which aims at driving research excellence in AI, improving the lives of Canadians, and fostering economic growth through AI. The institute consists of leading researchers in AI and machine learning who are pushing the boundaries of AI technology in areas such as security and fairness, decision making, and healthcare. Her background in computer science and experience in machine learning research influenced her decision to become part of Vector Institute.

5. Worked as an Assistant Professor at TTIC

Urtasun worked as an assistant professor at the Toyota Technological Institute at Chicago (TTIC). She worked at the Institute for four years and four months between 2009 and 2013. Her focus at the institute was teaching courses related to computer science. Working at TTIC prepared her for her future roles in educating students about machine learning and its application in the modern world.

4. She Worked at Uber as a Chief Scientist

According to her LinkedIn profile, Urtasun worked for Uber for three years and ten months. During the three years, she worked as the head of Uber ATG Toronto for a year between May 2017 and April 2018. She was promoted to the chief scientist position in the research and development sector at Uber ATG. She worked as the chief scientist and the head of ATG for two years between May 2018 and February 2021.

2. Founder and CEO of Waabi

1. She Raised Over CAD 100 Million as her Initial Capital

She raised approximately $83.5 million as her initial capital to start the company. The funds raised as part of the series A round is one of the largest amount raised during the initial funding stage by a Canadian startup. She obtained the funds from a group of investors that included companies like Uber, which she has worked with in the past and venture firms. The large number of investors who supported her in raising her initial capital shows their belief in her abilities to make the self-driving car a reality.

Raquel Urtasun is a force to watch out for in the automobile industry. Her commitment to creating self-driving cars is based on the need to ensure that everybody will be able to benefit from the cars, especially individuals like the elderly or those with physical disabilities who might not be able to drive themselves. She has made significant contributions to the fields of machine learning and AI. The success of her company could transform the future of transportation and lead to reduced risks of road traffic accidents.