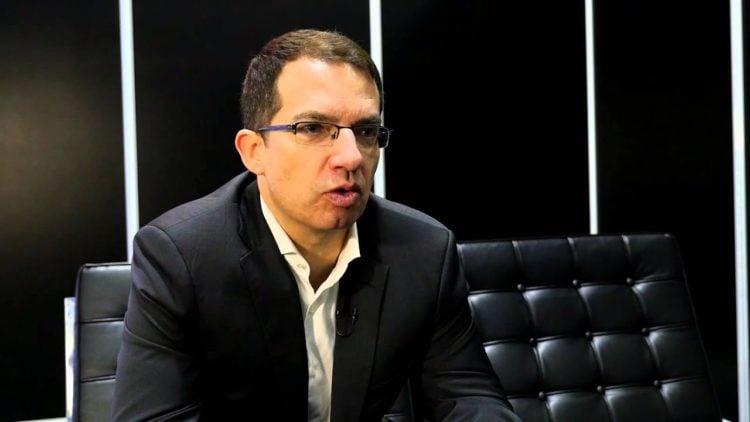 Stephane Bancel is the CEO of Moderna. For those who are unfamiliar, Moderna is a U.S.-based biotech company focused on the potential of messenger RNA to revolutionize the pharmaceutical industry, which is a topic of considerable interest for a wide range of parties. However, there are those who have been much more skeptical of Bancel’s leadership as well.

Bancel was born in France. This is perhaps unsurprising because Stephane is the French equivalent of the English Steven and Stephen, all of which can trace their roots to the Greek Stephanos. Likewise, Bancel is a family name that sees the most use in France and French-influenced regions.

Education-wise, Bancel studied at the École Centrale Paris, which was a French postgraduate-level institution of higher education that specialized in engineering and science. Said school no longer exists in the present time because it performed a merger with Supélec, thus resulting in what is now called CentraleSupélec. Besides this, Bancel studied both chemical engineering and business administration at the University of Minnesota and Harvard University respectively.

Bancel has been in the pharmaceutical industry for some time. However, he didn’t take a direct role in coming up with new drugs. Instead, he rose through the ranks at Eli Lilly through sales, with the result that he winded up as the head of operations for Belgium.

4. Was CEO of BioMérieux

By 2007, Bancel was the CEO of BioMérieux. In short, said company is a French multinational that specializes in diagnostic solutions that can be used to detect sources of disease as well as sources of contamination, thus making them useful for improving the health of patients as well as the safety of customers. It is interesting to note that BioMérieux is owned by the Institut Mérieux, which in turn, is owned by the Mérieux family related to Louis Pasteur’s one-time assistant Marcel Mérieux.

As mentioned earlier, Bancel runs a company that is focused on messenger RNA. Essentially, the idea is to create synthetic messenger RNA that can turn the cells of patients into internal factories for the production of needed drugs, which promises to be much more convenient than the conventional process of producing needed drugs using external methods before injecting them into patients. This is something that other companies have shown an interest in. However, they have been unable to eliminate the side-effects of injecting messenger RNA into human beings, with the result that most of them have chosen to prioritize other products. Time will tell whether Modern can succeed with its mission, though its current valuation should make it clear that there are parties with very deep pockets willing to bet on the matter.

One of the most common complaints directed at Moderna is that it is very secretive about its work. Basically, it publishes very little of its work. Even worse, none of its work has been peer-reviewed or scientifically-validated, which isn’t the kind of thing that inspires confidence in its chances of success. At one point in time, Nature outright compared Moderna’s approach to that of Theranos, which hit a $10 billion valuation in 2013 and 2014 because of its claim that it could perform blood tests very fast using very small amounts of blood. However, when that claim proved to be false, said company underwent a rapid collapse followed by its key figures being charged with what the SEC called “massive fraud.”

7. Runs a Company that Had a Very High Turnover Rate

On a related note, Bancel’s company is also notorious for having had a very high turnover rate. Generally speaking, high turnover rates are considered undesirable for businesses because that makes for higher costs from having to hire more people as well as integrate more people into their revenue-earning operations. However, both biotech companies and pharmaceutical companies tend to be particularly concerned about this issue because they are so reliant on their researchers, meaning that Moderna was very unusual.

8. Behaved in a Harsh Manner to His Employees

In part, the high turnover rate seems to have been caused by Bancel’s harshness. There are reports of failed experiments being met with reprimends as well as on-the-spot firings. Moreover, there has been a surprising number of executives leaving, which include some that were with Moderna from the beginning. Bancel had made an effort to reduce the turnover rate. However, he showed no remorse whatsoever about the harshness that caused it in the first place, which is an attitude shared by some of his employees.

9. Runs a Company with a Wide Range of Projects

Generally speaking, biotech start-ups focus on a small number of products. However, Moderna is unusual in that it has dozens and dozens of projects, which speaks volumes about its ambition. Bancel has defended this choice by arguing that messenger RNA is “like software,” meaning that if it works for one disease, it should work for others as well. As always, time will tell whether he is right on this matter or not.

Currently, Bancel is a billionaire because he has about a 9 percent stake in Moderna. In recent times, there has been a fair amount of interest in the company because it is working on a COVID-19 vaccine that has entered the early stages of human testing. Mass production of the vaccine isn’t expected to happen until 12 to 18 months in the future, but it is possible that the vaccine will be made available for emergency use as soon as the fall once sufficient data has been collected. Of course, this is assuming that the vaccine proves to be effective, which is by no means guaranteed at this point in the research process. Besides this, Modena is planning to engage in more fundraising because it is going to need money if it want to produce enough of the intended product to meet its own expectations.