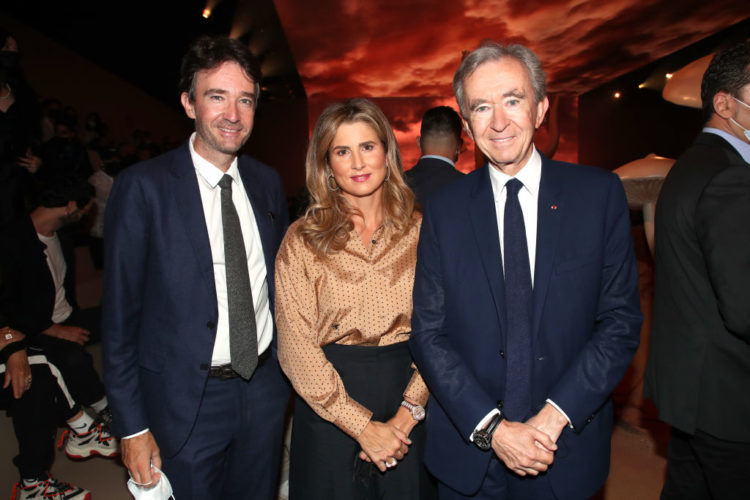 France has taken a hit on the economic front from the Covid-19 pandemic but it is still a country that is loaded with its share of billionaires. According to CEO World, the past 12 months of turmoil has resulted in the very rich getting even richer. The top tier of wealthy French citizens has increased in their net wealth by just over $59 billion. Here are the 10 richest people in France as of June of 2021.

According to CEO World, Alain Merieux is the tenth richest billionaire in France today. His net worth has increased in the past twelve months by a staggering $2.71 billion. Alain has made his fortune in the health care industry through the BioMerieux biotech company.

Vincent Bollore is the ninth richest person in France. Mr. Bollore is the chief executive officer of Bollore, a French investment group. The 69-year-old businessman is the son of Michel Bollore and Monique Follot. He received his education at the Janson de Sailly School, Paris Nanterre University.

Xavier Niel has a net worth of around $9 billion as of June of 2021. He is a French businessman and entrepreneur who has made his fortune in the technology and telecommunications industry. He is the founder of Iliad, a French internet service provider. and he still retains a majority share of the stock in the company. He is also a co-owner of Le Monde, a French newspaper. Mr. Niel also owns the rights to “My Way,” a popular song. He also owns Telecom of Monaco.

According to Forbes, Rodolphe Saade is the son of the late Jacques Saade, a French shipping magnate. Rodolphe inherited the CMA CGM, which is one of the largest shipping companies in the world with its headquarters in Marseille, France. Mr. Saade is the chairman of the board and also the chief executive officer of the CMA CGM Group. The company generates $23.4 billion in revenue annually through the operation of over five hundred ships that transport goods to 420 ports within 160 countries throughout the world. He is one of the leading figures within the world’s shipping industry.

Patrick Drahi has a net worth of more than $13 billion as of 2021. He is a TElecoms magnate who founded Altice NV, a business with a valuation of $7.3 billion. He took the company private at the start of 2021. He has made over 20 acquisitions of other cable and mobile companies through Altice, and he also purchased major cable operators including Cablevision and Suddenlink. Mr. Drahi has a large stake in the majority of telecom and cable businesses in the country of France.

Emmanuel Besnier is the fifth richest person in France as of 2021. His estimated net worth is $19.3 billion. He is the controlling shareholder and chief executive officer of Lactalis, one of the largest dairy farms in the world. It is a family-held company that generates an average of $20 billion in sales annually. The company was founded by his father in 1933 and produces President brie, Milkmaid Yogurts, and Valbreso feta.

Gerard Wertheimer has a net worth of $47.5 billion as of 2021. Mr. Wertheimer is a French businessman and billionaire who owns the fashion brand Chanel with his brother Alain. The company is based in New York City, USA, and Geneva, Switzerland. Gerard works with his brother to provide executive leadership for the company and he oversees the watch division of the business.

Alain is the brother of Gerard Wertheimer and a partner in the Chanel designer brand. Together with his brother, he has an equal share in the company. This places his net worth at $47.5 billion, making him the fourth richest person in France. Alain serves as the chairman of the French luxury brand Chanel. He works alongside his brother to keep the continuum of success going for a company that is possibly one of the most famous luxury designer brands in the world.

According to Visual Capitalist, Mr. Arnault surpassed Jeff Bezos to not only become the richest person in France, but he is also the richest person in the world for 2021. Bernard Arnault is a French billionaire who is famous throughout with world, known as the CEO of the LVMH, Louis Vuitton designer brand. Over the past twelve months, Mr. Arnault has gained several billion more added to his previous net worth of $186 billion at the time he surpassed Jeff Bezos. He is one of the billionaires in France who has become far richer since the onset of the pandemic. He has an incredible net worth of $195.7 billion.