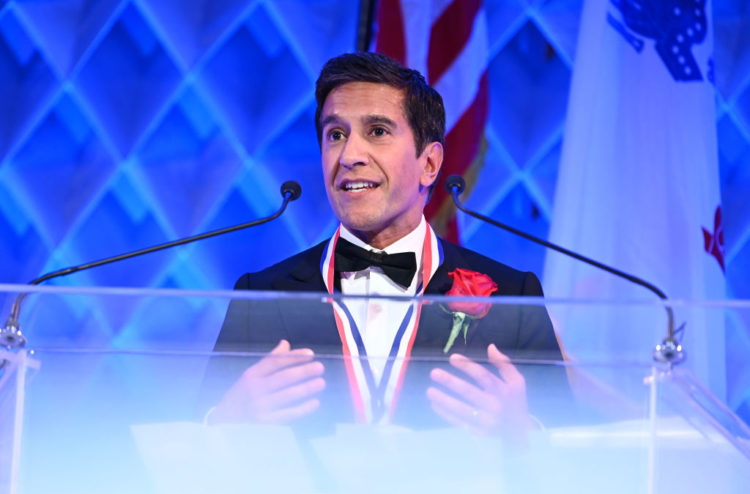 Sanjay Gupta is a relatively well-known figure in the United States. Something that has become particularly true because of the COVID-19 crisis. After all, Gupta is the chief medical correspondent for CNN, meaning that he gets a lot of exposure through said role. However, it is important to note that he is also a neurosurgeon at an Atlanta, GA hospital as well as an associate professor at the Emory University School of Medicine. As such, Gupta has a very good claim to expertise when it comes to what he is best-known for.

What Is Sanjay Gupta’s Current Net Worth?

Perhaps unsurprisingly, there is interest in how much Gupta has managed to make over the course of his career. The exact figures are unknown for obvious reasons. However, that hasn’t stopped interested parties from coming up with estimates based on what is known to the public. For instance, Celebrity Net Worth estimates that Gupta’s current net worth is $12 million, which should provide interested individuals with a general idea of his wealth.

How Did Sanjay Gupta Reach His Current Net Worth?

Background-wise, both of Gupta’s parents came from India. However, they actually met one another in Livonia, MI because the two were working as engineers for the Ford Motor Company. Thanks to this, Gupta was born and raised in Novi, MI. Eventually, he went on to earn a Bachelor of Science from the University of Michigan at Ann Arbor and then a Doctor of Medicine from the University of Michigan Medical School. It is interesting to note that Gupta was a participant in a special program called Interflex that accepted medical students out of high school, which no longer exists in the present time because it was discontinued. Soon enough, he had completed his residency in neurological surgery at the University of Michigan Health System.

Perhaps unsurprisingly, neurosurgeons make a lot of money in the United States. After all, doctors are highly-valued professionals. However, surgeons tend to get even more respect than most doctors, while neurosurgeons tend to get even more respect than most surgeons. As such, the average annual salary for a neurosurgeon is something like $622,201 in the United States. Of course, there is a range for these numbers. However, that tends to go from $468,401 to $787,401, which further reinforces the impression that neurosurgeons are considered to be elite even among the elite. Having said that, Gupta tends to be much better-known because of his other role. Certainly, one can say that his journalism is tied to his medical skills because he has always been a medical correspondent. However, one has definitely played a bigger role than the other in bringing Gupta to the attention of the American public.

Regardless, Gupta had signed on with CNN by the summer of 2001. As such, he was there for some of the most eventful occurrences of the 2000s. For example, Gupta was reporting from New York after the attacks on the United States on September 11 of 2001. Similarly, Gupta was in Iraq in 2003 so that he could cover the medical aspects of the 2003 invasion of Iraq. In fact, it is interesting to note that he also performed surgeries for both U.S. soldiers and Iraqi civilians during said period, with a particularly well-known incident being his role in saving the life of a Marine Sergeant who had received a rear gunshot wound. Naturally, Gupta’s surgeries as well as Gupta’s journalism did a great deal to raise his profile, which had beneficial effects for his career. This can be seen in how CBS News worked out a deal with CNN so that Gupta could file a certain number of reports for CBS News shows while remaining as CNN’s chief medical correspondent in 2006. Something that says much about the demand for his presence.

By the late 2000s, Gupta was so high-profile that he was actually considered as a candidate for Surgeon General under the Obama administration. There were some medical professionals who supported him because he was high profile as well as in possession of excellent communication skills, which was an important combination because that could theoretically enable him to reach more people than otherwise possible when it came to medical matters. However, there were also plenty of other parties who didn’t like him for the role, whether because of concerns over conflicts of interest or concerns that he wasn’t skeptical enough when it came to weighing the costs and benefits of medical treatments. Regardless, Gupta was the one who winded up withdrawing his name from consideration, which he stated was out of consideration for his career as well as his family members.

Since that time, Gupta has continued working as the chief medical correspondent for CNN along with his various other responsibilities. For example, he was involved in the making of a documentary about medical marijuana in 2013, which was notable because he underwent a change of opinion because of it. Apparently, he used to oppose the use of medical marijuana because he had assumed that common wisdom on the topic was correct. However, when Gupta actually looked into the studies on the topic, he discovered that the issues with medical marijuana had been exaggerated. Similarly, a lot of people will have seen Gupta on TV in recent times. After all, he is a medical correspondent, meaning that he was very much involved with explaining COVID-19 as well as COVID-19 issues to interested individuals.

As such, it seems safe to say that Gupta reached his current net worth of $12 million through a combination of his work as a journalist, his work as a neurosurgeon, and his other roles. Currently, he is still quite young. Since Gupta was born in 1969, this means that he is still in his early 50s. Thanks to this, it seems reasonable to speculate that his net worth will continue to increase in the times to come. Something that is particularly true because he is still in his prime when it comes to his career.