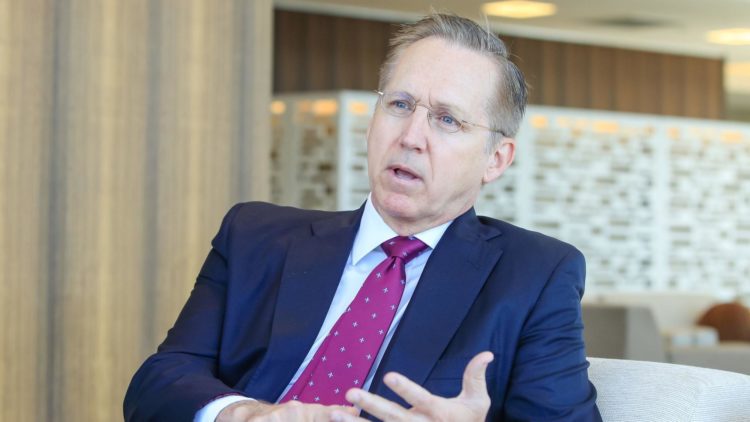 As a North American firm focused on energy infrastructure and based in San Diego, Sempra Energy has long had a laser-like focus on the electric and natural gas industries. The company provides groundbreaking technologies and innovation, requiring a forward-thinking leader to be at the helm. At the current time, the CEO is Jeffrey Martin. He has quite the track record in the industry and is an interesting leader to study. Here are ten things that you probably did not know about Sempra Energy CEO Jeffrey Martin. After reading this, you will likely appreciate the work that he is doing even more.

1. His Tenure At Sempra Energy

Jeffrey Martin has actually been the chief executive officer at Sempra since May of 2018. He was soon after appointed its chairman in December of the same year. This puts him in line to have quite a successful run at the company, as he is seen as a young leader who has a lot to offer in the area of energy and natural gas infrastructure. It will be interesting to check back in a few years to see what innovative changes he has brought to the company.

2. The Early Days At Sempra Energy

Martin was actually promoted from within at Sempra Energy to his current role as CEO. Prior to that, he was the chief financial officer in 2017 all the way up until his ascension to the upper management position. This would allow him to get a handle on the company and its financial outlook before moving into his role as chairman and CEO. It also allowed him to gain the trust and respect of the management team.

3. He Has Vast Experience in the Energy Sector

Martin not only has leadership experience, but he also possesses a vast amount of knowledge directly into the gas and energy sector. To that end, it is important to note that he was the chief executive officer of San Diego Gas and Electric. His tenure there ran from 2014 to 2016, just prior to him moving over to Sempra Energy.

4. He Has A Vast Educational and Military Background

5. He Has Served on the Board of Several Major Organizations

To demonstrate just how much his knowledge and experience is respected in the community, consider the fact that Martin has served on the Boards of several major organizations across the country. He currently a member of the Board of Director for Oncor Electric Delivery Company LLC. Beyond that, he previously served on the boards of the Edison Electric Institute, the National Association of Manufacturers, and the California Chamber of Commerce.

6. He is Well Respected in Both the Business and Academic Community

It should be obvious that Jeffrey Martin has earned a great deal of respect in the business community. To that end, he is a member of the Business Roundtable. This is an organization that works to further the business interests of the global community. In addition, he currently has a seat on the Board of Trustees at the University of San Diego.

7. He Does Have a Legal Background

Given all of his business experience, it is easy to overlook the fact the Martin has a law degree. He has put that to good use in the past. He was an attorney at the firm of Snell and Wilmer. It was there that he focused on finance and real estate prior to moving into the energy sector.

8. His First CFO Role was at an Energy Firm As Well

There is a good reason why Sempra Energy went after Martin. He has a great deal of experience in the field of energy infrastructure. Before coming to the company, he served as the Chief Financial Officer of NewEnergy Inc.

9. He Got His Start At An Earlier Version of Sempra Energy

Martin actually served as both president and chief executive officer at Sempra U.S. Gas and Power. In addition, he served in the same role at Sempra Generation. These were both earlier companies of Sempra Energy focusing on renewable energy.

10. He Works With Investors

Martin knows how to attract investments. To that end, he actually worked with the mergers and acquisitions team at Sempra Energy back in 2004.