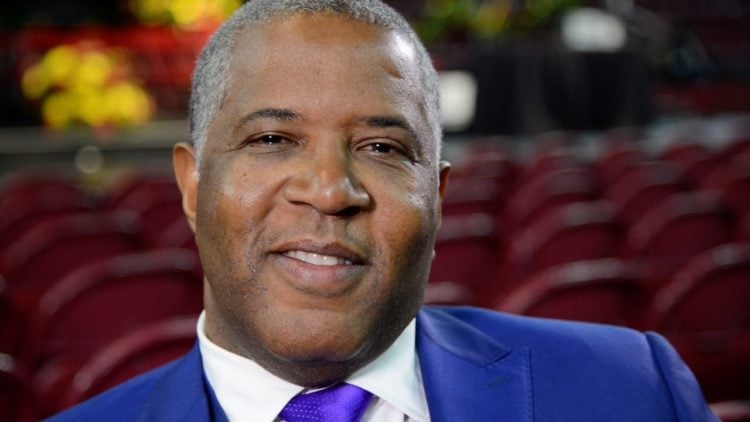 Robert Smith is a businessman, philanthropist, chemical engineer, investor, and, as of today, a man with a very large tax bill. Previously known for his philanthropy and business activities with investment firm Vista Equity Partners, he’s now better known as Inland Revenue’s biggest payday. Following a five-year investigation by federal prosecutors, it was revealed earlier this month that Smith had spent the past 15 years dodging his tax bills to the tune of $30 million. Although he’s managed to avoid criminal prosecution thanks to his cooperation on another, much bigger tax evasion case, his image has taking a big beating. Find out more with these ten fast facts.

1. He trained as an engineer

Smith was born on December 1, 1962 in Denver, Colorado. Considering both his parents had Doctor of Education (EdD) degrees, it was perhaps unsurprising that he excelled academically. While still at high school, he earned an internship at Bell Lab, an industrial research and scientific development center that normally reserves its programs for college students. From there, he studied Chemical Engineering at Cornell University before earning his MBA from Columbia Business School.

2. He began his career at Goodyear Tire and Rubber Company

After graduating, Smith took the first steps in his career at Goodyear Tire and Rubber Company. From there, he worked at Air Products & Chemicals and Kraft General Foods before moving into technology investment banking at Goldman Sachs. As Wiki notes, Smith stayed with Goldman Sachs for 6 years, during which time he advised on acquisition activity with companies such as Apple and Microsoft.

In 2000, Smith left Goldman Sachs to found his own company. The result was Vista Equity Partners, a private equity and venture capital firm that has since gone on to close over $46 billion of funding and become the fourth largest enterprise software company in the world. Thanks to his success with the firm, Smith has been honored with the title of Private Equity International’s Game Changer of the Year in 2016 and ‘Dealmaker of the Year’ at the 2019 PitchBook Private Equity Awards.

Smith might not like to stump up for the Inland Revenue, but he rarely hesitates at giving to other causes. Last year, he made one of his most generous gifts to date when he pledged $34 million to the Morehouse College graduating class of 2019. As well as agreeing to wipe off the student’s loans, he also pledged to cancel out the educational loans taken out by their parents. “It says a lot about how Robert came to understand the issues of affordability and student debt,” David A. Thomas, president of Morehouse College, told The Washington Post of Smith’s decision to include parental loans in his gift. “Our parents take out loans, often to the tune of $50,000 or more. And potential default on those loans affects the ability to finance other family needs. We know there is a wealth gap for African American families, so this is very significant.”

5. He’s been named Executive of the Year

Pledge £34 million to a college, and as sure as apples are apples, the awards are soon going to start rolling in. Shortly after committing to wipe out student debt at Morehouse College, Smith was honored with the title of “Executive of the Year” at the 2019 PitchBook Private Equity Awards, an event that celebrates people in the private equity field for their philanthropy. A little later that year, he was honored again when Bloomberg recognized him as one of the 50 people “who defined 2019”. Strangely enough, he’d also be someone who helped define 2020. But this time, it would be for very different reasons…

As the old saying goes, the only certainties in life are death and taxes. We might not like doing either, but we all accept that paying our tax bills (and eventually popping our clogs) is just something we have to face up to eventually. All of us except a certain billionaire called Robert Smith, that is, who apparently sees tax payments as something ‘other people do’. The image of the billionaire as a generous philanthropist took a beating this month when federal prosecutors said that Smith had spent the past 15 years cheating the Inland Revenue by concealing income and evading taxes through a series of off shore trusts and bank accounts. And we’re not talking pocket money either – according to Bloomberg, Smith had managed to conceal a hefty $30 million.

Smith may have been a very naughty boy, but he’s by no means the worst around. Earlier this month, he signed a non-prosecution agreement to admit false filings and agree to repay over $139 in backs taxes, interest, and penalties. He was saved from any further criminal action by agreeing to cooperate in the indictment of Robert T Brookman, a Houston businessman who, with Smith’s cooperation, had moved around $2 billion in assets to offshore accounts in what’s been described as the largest ever tax case filed against an individual. “Smith committed serious crimes, but he also agreed to cooperate,” David Anderson, the U.S. attorney in San Francisco, has said. “Smith’s agreement to cooperate has put him on a path away from indictment.”

Smith married his first wife, Suzanne McFayden Smith, in 1988 after the two met while studying at Cornell. The couple went on to have three children before separating in 2010. Their divorce was finalized in 2014. A year later, Smith re-married. He and his new wife Hope Dworaczyk, a former Playboy playmate and current CEO of skincare company MUTHA, share two children.

9. He owns the most expensive apartment in Chelsea

In 2018, Smith broke records when he forked out $59 million for a luxury property in the Chelsea neighborhood of New York. As Forbes noted at the time, the sale represented the highest price ever recorded in Chelsea, not to mention one of the most expensive purchases ever in Manhattan. Along with the three-story penthouse in New York, Smith also owns homes in Austin, Texas and Malibu, California.

Smith’s finances may take a knocking with the £139 million he owes in back taxes and penalties to the Inland Revenue, but he’s got more than enough in the bank to cushion the blow. According to Forbes, the investor is currently worth the considerable sum of $5.2 billion.