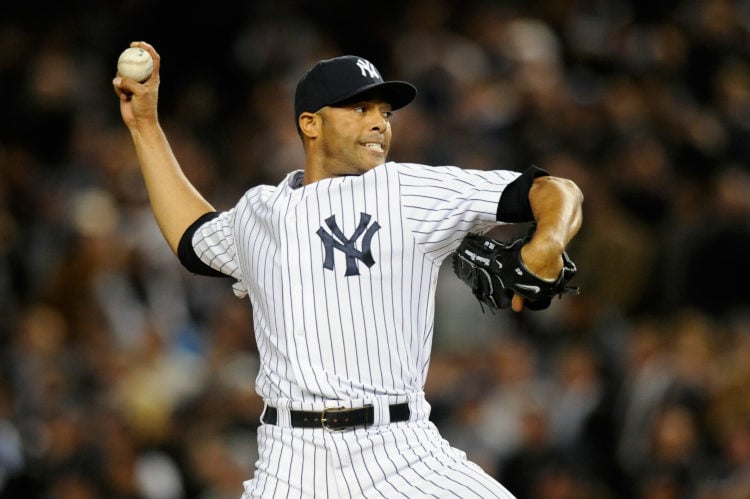 If you are a sports fan, especially when it comes to professional baseball, there is a better than average chance that you are more than a little familiar with the name Mariano Rivera. On the outside chance that you’re not so familiar with him, he played for the New York Yankees, one of the most influential baseball teams in the United States. Moreover, he played in the relief pitcher position, one of the most demanding on the entire team, for a whopping eighteen years, beginning in 1995 and continuing on until 2013. That someone would be able to play, quite literally, at the top of their game, for so many years is an anomaly in and of itself. That they would be able to do so for the same team is practically unheard of, especially in today’s world where even the top athletes are traded willingly and readily.

Knowing that he accomplished these things tells you a little bit about him. He knows how to accomplish the task he has set about completing and he does it exceptionally well. You might even take things a step further and say that he is likely someone who is dedicated to the task at hand, someone who doesn’t quit when the going gets a little rough. Clearly, he knows how to establish relationships with others, and just on a superficial level. People don’t last in the same organization for almost twenty years unless they can master developing relationships with other people.

If you look further into his career as a baseball player, you will see that he was indeed dedicated to his job. Even as a rookie playing in 1995, he was keen to stand out. While others were seemingly still learning their craft, honing their abilities, he was already playing like the consummate professional he would become. Throughout the years, his stats were nothing short of astounding. In fact, he routinely served as the example of what a baseball player should be, giving younger players someone to look up to. He played his entire career with the same organization and was eventually inducted into the Hall of Fame just this year.

Rivera wasn’t only a standout player when he was on the field. He never really embraced the mold of being a top-tier professional athlete with regard to enjoying celebrity status. In reality, he was quite reserved, choosing instead to focus on the game as opposed to everything else that might be going on around him. In addition, he had a habit of taking many of the younger players under his wing. He felt that it was important for them to have someone they could learn from on the field, but also someone they could talk to and be comfortable around, according to New York Times. As such, he made a concerted effort to make sure that he always made time for those who were just coming up through the ranks. The goal was to make sure that no one fell through the cracks, especially in an environment that could sometimes be both harsh and wonderful at the exact same time.

If you’re curious to know what he’s been up to since he retired from baseball in 2013, you might like to know that he seems to have a knack for business. In fact, you could arguably say that he is just as good with finances as he was at playing baseball. Make no mistake about it, he was involved in the business even before he retired from baseball. Long before his retirement, he decided to invest in a couple of restaurants that were opening up in the New York area. Although neither of these establishments was successful in the long-term, the investment deals opened up another avenue for Rivera. He had been doing marketing gigs for companies like Nike for years. He was one of the sport’s most likable players and that meant that companies were actively pursuing him to endorse their products. It didn’t take him long to figure out that he could use his celebrity status to his advantage in order to create a successful career outside of baseball. Today, he has done precisely that.

Nowadays, Rivera owns a Toyota dealership in New York and has recently expanded the business to include more than one location. He has also been involved with eBay, creating a first-of-its-kind deal that would see an entire line of sports memorabilia created for dedicated sale on the site. This is a groundbreaking move because it’s something that simply hasn’t been done in the past. So far, the relationship appears to be going well for both eBay and Rivera. Last but certainly not least, he still engages in a number of endorsement deals. Just because he is no longer actively playing baseball does nothing to change his overall popularity. That translates to major dollars when it comes to selling products. Much of that is because, by all accounts, he is a likable individual, not just an outstanding athlete.

In fact, he has made it clear that he really doesn’t need the money he makes from all of his current business ventures. As it turns out, he is very good at managing his money and has seemingly always been so. This has allowed him to keep the majority of the money he made while playing baseball and then invest some of that money. Over the years, he has basically made enough to live on comfortably, probably for the remainder of his life. This might bring you to ask why he works so hard in business if he doesn’t need the money in the first place. He has always been very philanthropic in nature and he has a number of foundations that support causes related to children and others. As you might have guessed by now, the money he makes today goes to those foundations and in turn, to the people served by them- all of it, according to this. He doesn’t keep a single dime for himself.