Home
Personal Finance
Stocks
Who Wins and Who Loses from a Short Squeeze?
Prev Article Next Article 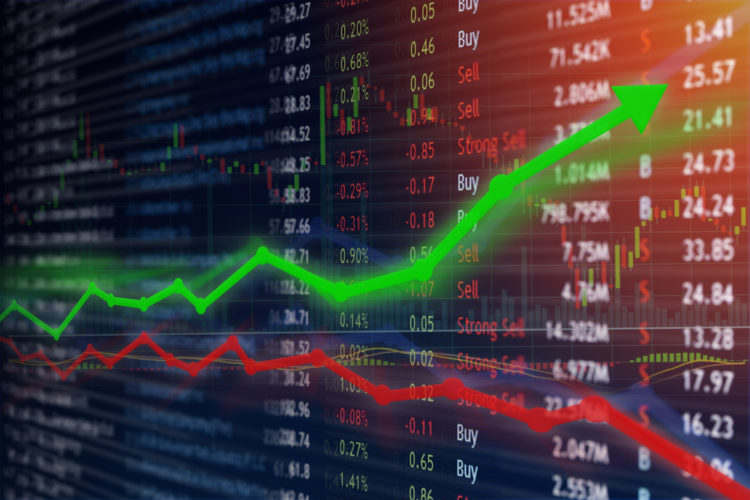 Stock markets and traders seem like an exclusive class of people. Before the advent of apps like Robin Hood or Stash, ordinary people didn’t have easy access to this world. Many probably thought that all stockbrokers worked in New York City and wore suits and ties. Recently, a group of Reddit users smashed this illusion by purchasing Gamestop stock creating a short squeeze. This isn’t the first time something like that’s happened, but it certainly made a more significant wave because word travels fast in this social media-driven age.

Before you can create this disruption on the market, you need to start with a short sale. Essentially, this means that a person first borrows shares held by another investor with the hopes of keeping them for a short time before selling them at a higher price. According to Seeking Alpha, stocks are selected by the likelihood they will drop in value. After advance purchase, the sellers pass them on to other investors. After a short amount of time, they purchase them back from the investors, hopefully at a lower price so that when the stock price quickly rises from the over the purchase of stock, they can make a quick profit. One of the tactics short sellers use is playing up the stock making the investor feel like they need to purchase it at a fantastic value. Although there isn’t a limit to how long the stock can be held or loaned out, certain things happen when you short sell a stock. The seller must pay a financing fee to the stock’s owner, who is determined by percentage. So, any stock with a large interset will have a higher price. So, each party needs to examine these fees and the potential profits. A Short Squeeze happens when all of the sellers repurchase the stocks in rapid succession. This influx is typically started when there is a positive profit report on the company or something happens with the company. Additionally, if the Short-Seller sees a stock price going up, they quickly purchase the stock back and sell it.

One of the most recent examples of a Short-Squeeze happened in January 2021 when a group of Sub-Redditers on Wall Street Bets Forum caused a 400% inflation of the retail giant’s stock. According to CNBC, the share price dropped 20% after this happened, making the stocks worth $46.52. Afterward, there was an 80% drop giving GameStop the worst performance to date. However, shortly after that, the stock rose to $483 dollars a share. GameStop stock was vulnerable to a Short-Squeeze because there was so much interest in the stock. After all, the share prices were undervalued. Thanks to the Sub-Redditors, the prices went to 122.97 percent, typically never rising about 50%. During the Short-Squeeze, it was primarily buyers who helped increase the stock prices. According to Arstechinica, approximately 100 million trades were happening each day during the last weeks of January, giving GameStop stock a 1400% increase from the same physical quarter as the previous year. After the tremendous high and inflated value, GME stock went down 86%. The popular trading app Robinhood froze further stock trades, focusing on the Redditors who started the short squeeze. After the dust and mele, ordinary people finally saw that Wall Street wasn’t an exclusive club, and people could disrupt the stock market with a few well-placed buys and timing.

When a Short-Squeeze happens, there are no clear-cut winners and losers. Using Gamestop as an example, several things started to happen. According to Money Morning, the Sub-Redditors certainly had Wall Street on the run for a short time. However, platforms like Robinhood squashed the group. People whose potential profits were trampled took to social media with a slew of strongly worded posts. Exclusively, none of these people were hedge fund managers. These people felt like the big guys could make profits, but the little ones could not.

Robinhood responded with ambiguous statements claiming they wanted to keep their investors’ money safe and didn’t want other users to feel the pull from the Short-Squeeze. Another group that had growing concern was the Depository Trust & Clearing Corporation, which secured nearly every brokerage deal in the country to the tune of almost two quadrillion dollars. They felt that there were many risks that all the traders on Robin Hood wouldn’t pay the prices for the shares, which topped at $450 dollars a share. As the purchases of the shares grew, the DTTC forced discount brokerages to ensure these bets with billions of dollars. If any of these things happened, the DTTC would face immense losses, which in turn would cause the buyers similar losses. In the end, it caused the brokerages to examine ways to find other ways for them to cash in on further purchases like this. Even though much of the GameStop Short-Squeeze ended with lots of speculation and not the payday many hoped for, it did have an incredible paradigm shift in the stock market.

Even though Short-Squeezes aren’t new, the onslaught of social media and groups of people who can gather and share information across the web helped create one of the most notable in history. Before people needed to do heavy research in a dusty library and even then probably wouldn’t find the most current information. Now, you can simply go to the Securities and Exchange website and see up to the minute news. However, despite the adage “knowledge is power,” a group of people without formal education may be able to profit from it. Still, when you get into Short-Squeezes, any profit depends on many factors and more information you may not know. There are inherent risks in buying and trading stocks, so it’s best to know your financial limits even if something seems like a great way to make a profit.