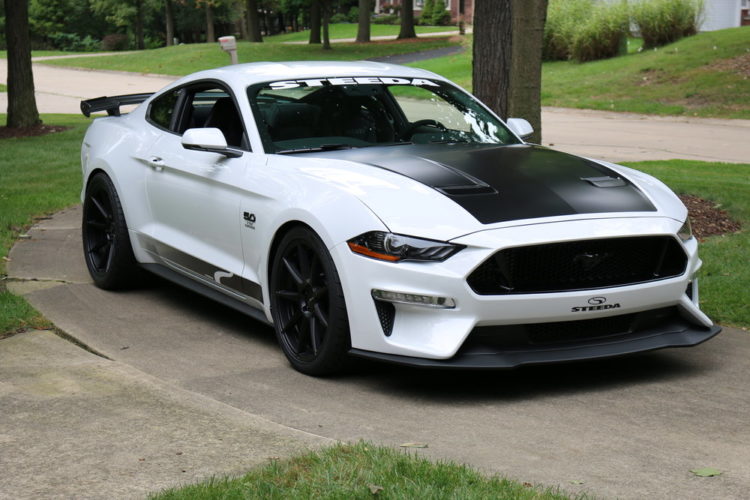 Ford produced its fastest and most powerful production Mustang in 2019. The Q850 StreetFighter Edition is a limited production vehicle that is claimed to be one of the most powerful in the history of the brand. This racecar enthusiast’s dream is made for the track but it’s surprisingly street legal. Here are 10 things you didn’t know about the Q850 StreetFighter Edition to bring you up to speed on its capability.

Table of Contents show
1 1. The Q850 StreetFighter has an upgraded 5.0-liter engine
2 2. Ford’s most high-performance production vehicle
3 3. It’s based on the S550 Mustang platform
4 4. The mods and upgrades deliver a superior road adhesion
5 5. The exterior has received a few upgrades
6 6. The aerodynamics are superb
7 7. The 2020 Steeda Q850 gets interior upgrades
8 8. There are plenty of options available
9 9. The exterior leaves no doubt that it’s a Steeda
10 10 It’s available now and you can customize

1. The Q850 StreetFighter has an upgraded 5.0-liter engine

It’s best to begin with the source of the excitement with the Q850 Streetfighter, and that is the powerplant. It’s equipped with a Steeda 5.0-liter V8 engine with a Steeda/Whipple 3.0-liter Supercharger system. The powertrain is enhanced with a Steeda high flow cold air intake system, a billet oil separator, custom performance PCM Calibration (CARB certified), Steeda/Ford performance severe-duty IRS half-shaft upgrade, a Tri-Ax shifter, and Steeda clutch spring assist and perch kit upgrade for vehicles with a manual transmission. The Supercharger power upgrade brings the total number of ponies to 800 with 630 lb-ft of torque. 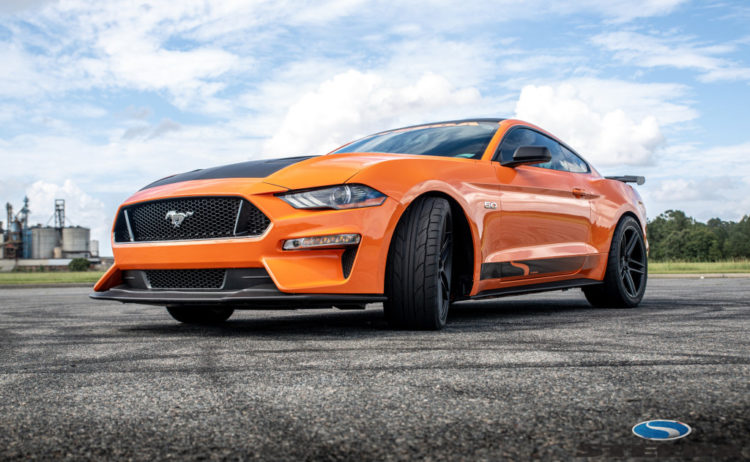 This is the most powerful production Mustang that you can get your hands on today. This is a supercharged road car that will leave all the others in the dust on the road or on the track. You’ve probably already assumed that with 800 horsepower and 630 lb-ft of torque it has some get up and go. In track trials, it screamed down the track to achieve a speed of 60 mph from a standstill in just 3.1 seconds. You can thank the engineers for optimizing performance by calibrating the engine for a rapid and responsive throttle that is immediate and predictable.

The Steeda Q850 takes the S550 Mustang platform over the top. With a few additions and tweaks, a masterpiece was created. Engineers took the performance boundaries of the S550 to the sky with the Steeda G-Trac Suspension along with a few chassis modifications. This added the necessary stability and driver control for safety and uncompromised performance.

4. The mods and upgrades deliver a superior road adhesion 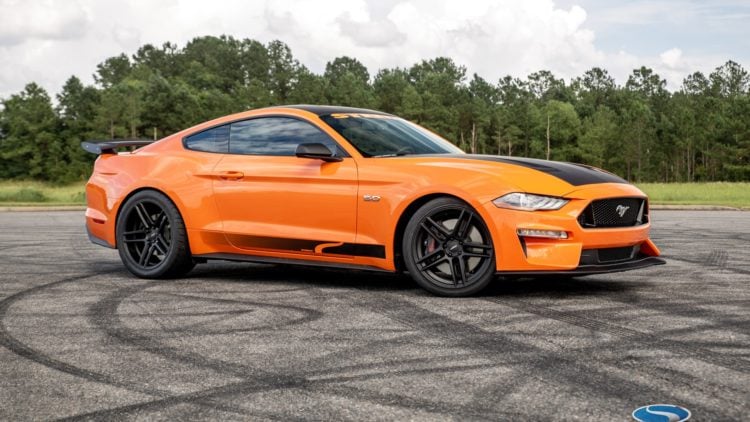 If you’re worried about keeping the Steeda Q850 StreetFighter Edition on the road, your fears are legitimate. However, Ford engineers addressed the issue by refining the suspension to enhance driving dynamics through a series of chassis and suspension upgrades the likes of which have not been seen in a production car for the streets to date. Ford claims that there is nearly zero pitch and roll. The 20″ wheels and Ultra-High-Performance Nitto NT 555 G2 tires enhance performance and deliver an exceptional car to road adhesion.

5. The exterior has received a few upgrades

The 2020 Steeda Q850 StreetFighter has also received a few upgrades to the exterior. It’s an athletic and aggressive looking vehicle that has been also ponied up a few upgrades to the exterior. These include the Steeda aerodynamic rear spoiler, a hood strut kit, an aerodynamic front facia enhancement package, an exterior graphic and badge package, and the Signature Q-series hood blackout treatment.

6. The aerodynamics are superb 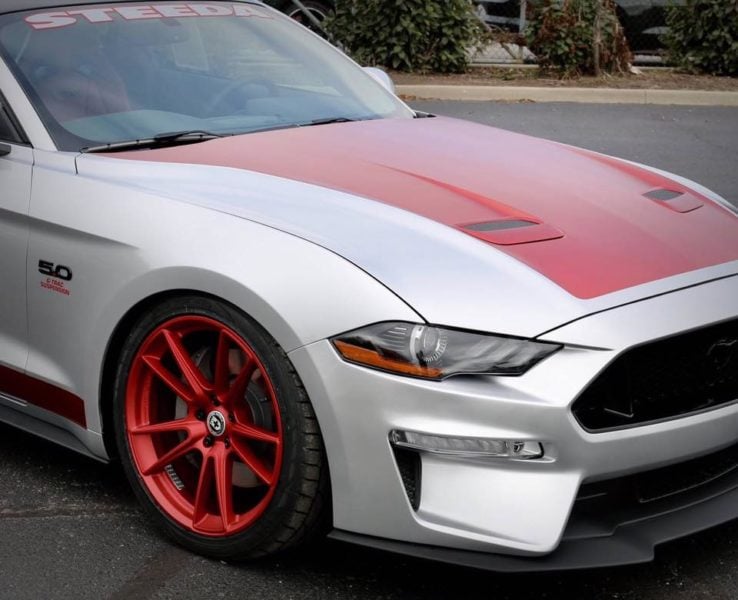 The 2020 Steeda Q850 StreetFighter Edition features an aerodynamic package that adds an ample rear spoiler and a newly designed front splitter for the 2020 limited edition. At just a glance you can surmise that the body is finely crafted to split the wind and distribute it over and around the body to reduce drag and enhance speed and performance.

For the new model year, the Q850 has also received a few upgrades to the interior. These include a new Steeda Q850 dashboard emblem to remind you of what you’re driving. It also received Steeda illuminated door sill plates.

8. There are plenty of options available 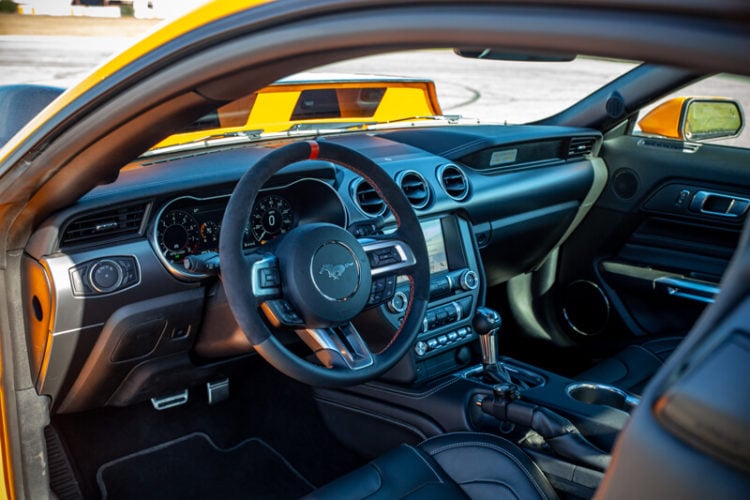 In case you want to go all the way and upgrade the 2020 Steeda Q850 Streetfighter Edition, Ford has made plenty of cool options available as add-on features. These include the Steeda Severe Duty Supercharger Cooling Upgrade Package. You get an upgraded aluminum intercooler that enhances the cooling capacity of the system. Another option is the Steeda/Whipple Supercharger 10-Rib Belt System Upgrade, the Steeda adjustable heavy-duty engine mounts, the Steeda Extreme G-Trac K-Member brace, Steeda ultra-lite chassis jacking rails and a slotted and drilled brake rotor upgrade for both front and rear. Another available option is the Steeda custom leather and Alcantara wrapped steering wheel. Of course, these all come at a premium price. You can add them at the time of your order.

9. The exterior leaves no doubt that it’s a Steeda

The Steeda Q850 badging is prominently displayed on the exterior of the vehicle. The model name appears on the back of the trunk lid between the rear taillights in large silver letters. Q850 is displayed on the running boards. Ford saw fit to let everyone know what’s under the hood with the “5.0 G-Trac Suspension” announcement made on the right front panel in bright red and black. This is perhaps one of the most aggressive looking Mustangs ever produced. Its personality is strong and the outward aesthetics point to the fact that this is one fast car.

10 It’s available now and you can customize 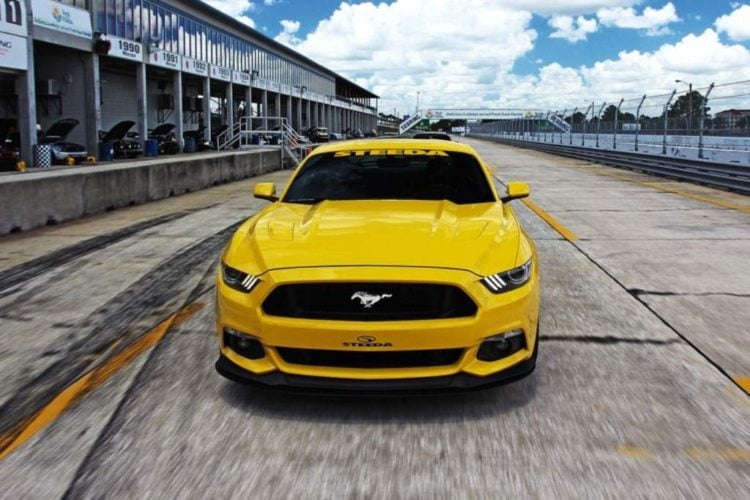 If your heart’s content is to own a new 2020 Steeda StreetFighter Edition Mustang, it’s currently available for orders. The starting price is $32,995. There are a few other options available including a Steeda Four-point Roll cage, a Steeda Rear Seat Delete Kit, a Steeda 6-Point Seat Belts by Safecraft Safety Systems, Steeda large side graphics, and a host of Steeda body enhancement components. Ford has also announced that there are other options available for your specific desires and needs. With all of the various options available it’s easy to personalize your new Streetfighter to make it uniquely your own. 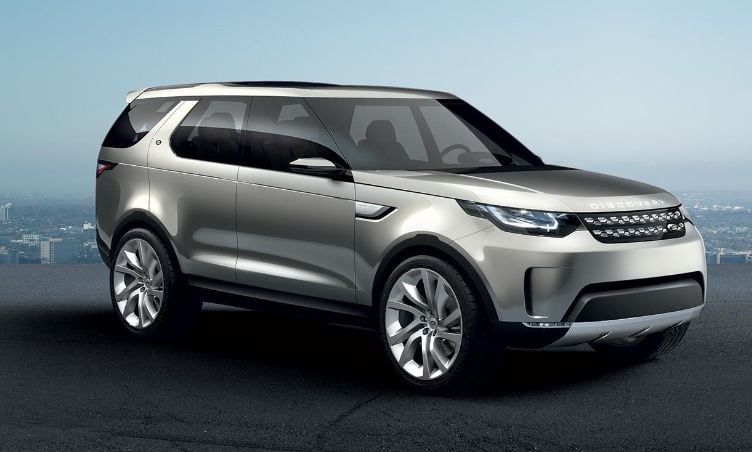 Car manufacturers always try to produce a better car model in a series to attract more clients. Car enthusiasts have already had a taste of the cars which are in the market and are eagerly… 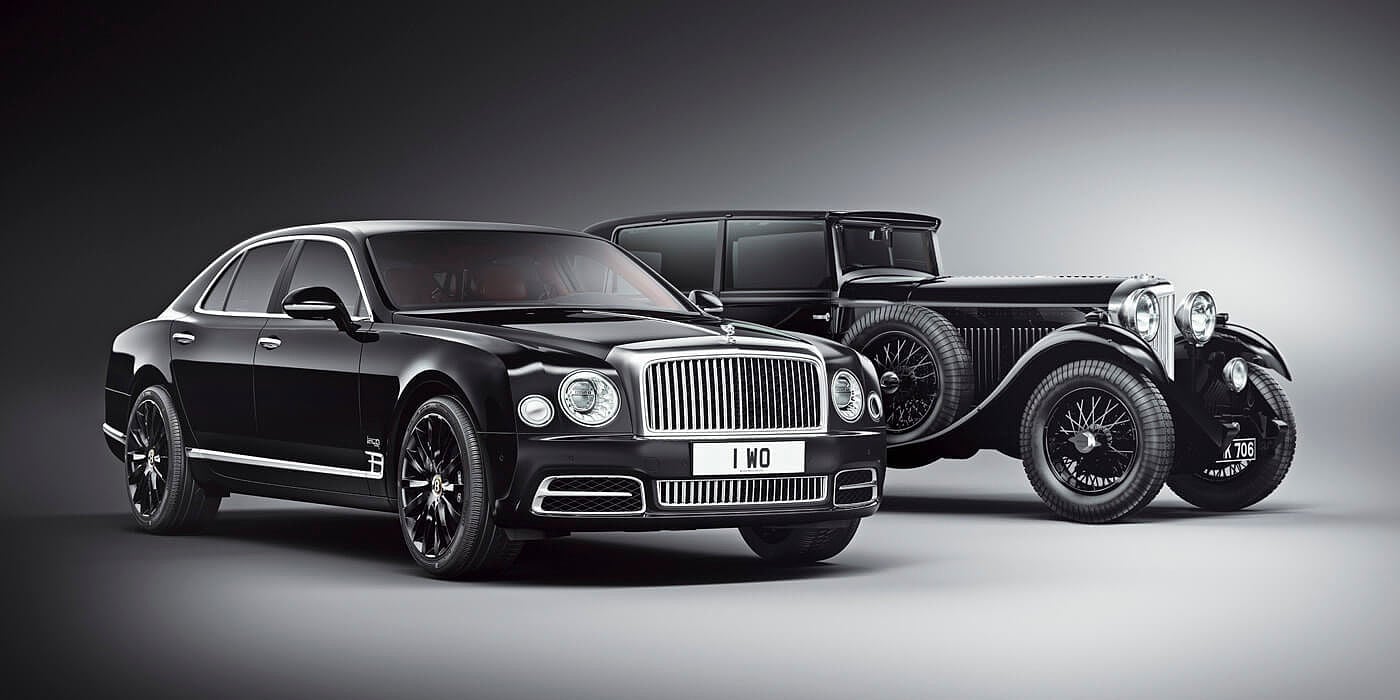 When you talk about Bentley you cannot separate the man from his machine. Born before the invention of the automobile in 1888, W. O. Bentley, the founder of Bentley and the engineer of the world… 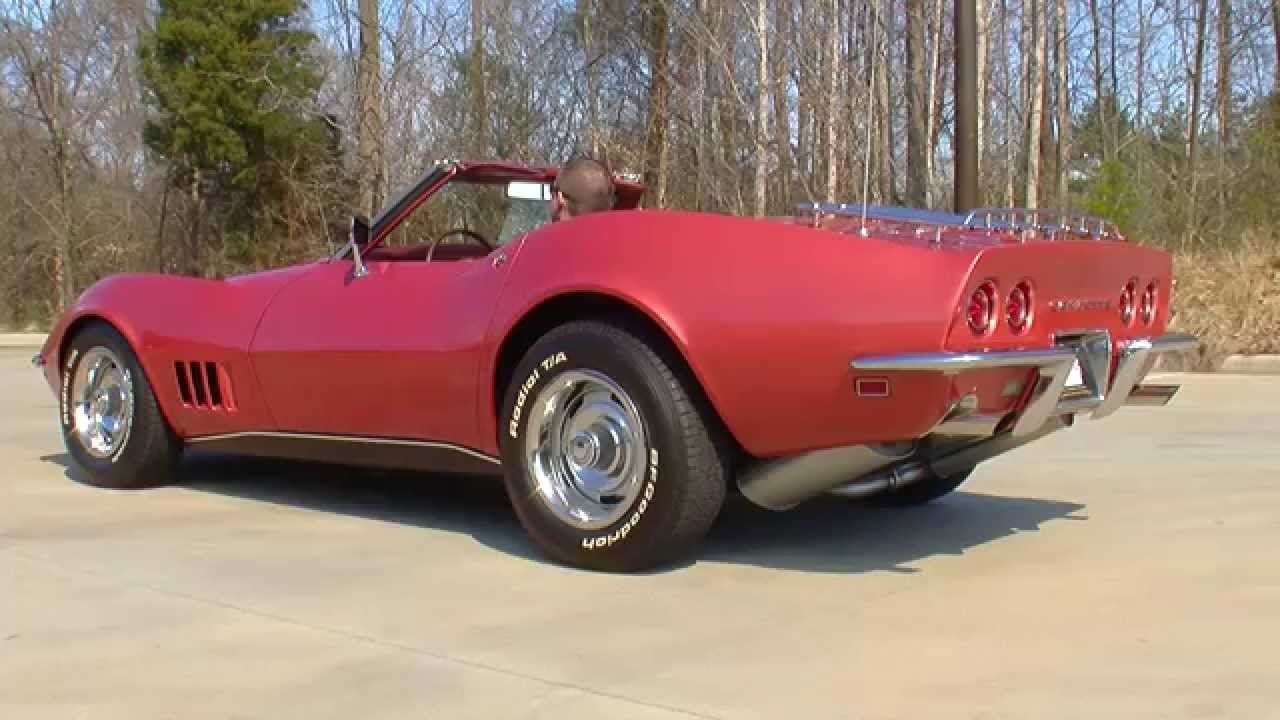 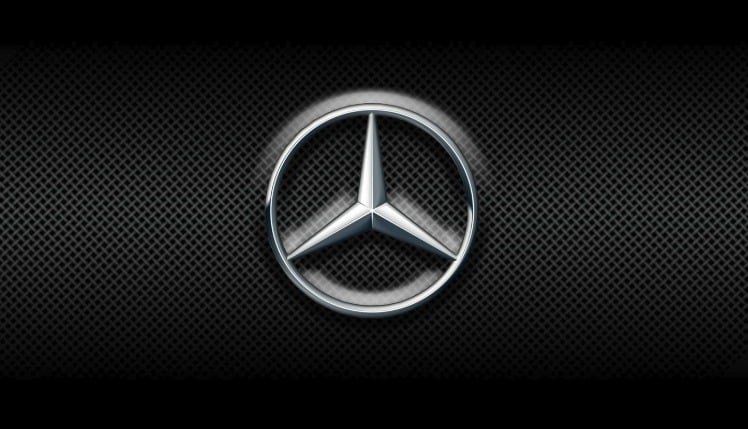 Given the nature of its name, it should come as no surprise to learn that both Mercedes and Benz refer to people who had important roles in bringing Mercedes-Benz into existence. However, the exact manner… 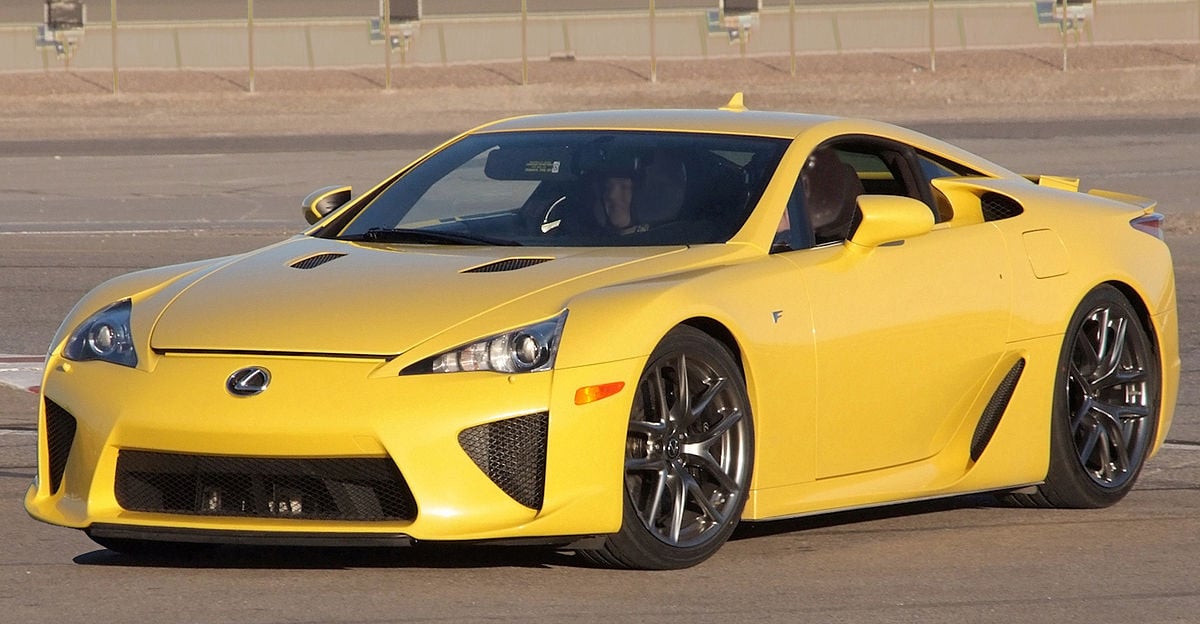 Lexus is best known for producing luxurious and sporty car models and although the company has been doing it for many years, there are probably a few models that are so rare you might never… 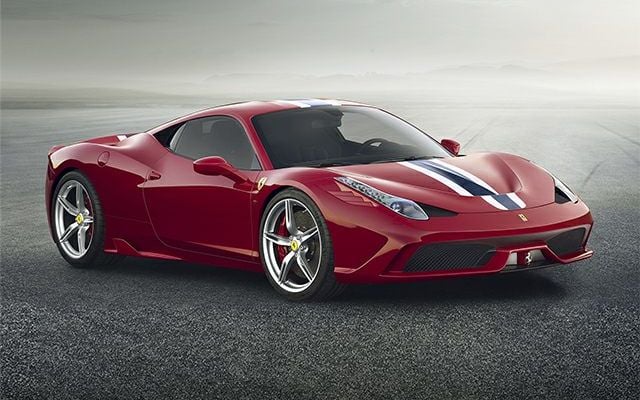 Car lovers care chiefly about a single aspect regarding a car’s value: it’s appreciation. They consider important how rapidly a vehicle gains value and in what period. Only these two criteria matter when someone wants…