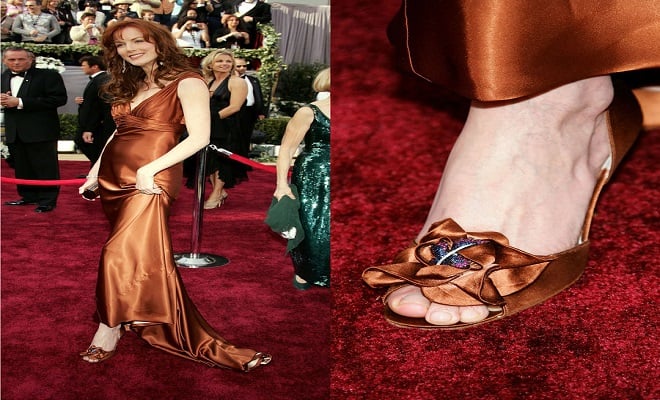 If you’ve been following along on our collection of shoe articles, or you’re a lover of fine footwear than it will come as no surprise that the Stuart Weitzman Rita Hayworth Heels are worth a fortune. To be exact, a three million dollar fortune. This makes these unique stilettos almost the most expensive shoes on earth. For a long time, they held the number one slot in decadent footwear, and they still hold the top spot in our hearts. What makes the Rita Hayworth Heels so outrageous? It’s certainly not the color. While Stuart Weitzman is known for his creative and outlandish use of brilliant colors, the Hayworth Heels are a more toned down and mature look. They’re made from an incredibly burnt sienna or rust brown colored satin. This unusual color choice was likely inspired by the gown worn by Kathleen York or by Rita Hayworth herself. Either way, it certainly makes for a stunning and unique heel.

Who Was Rita Hayworth

Classic movie buffs are cringing at the question. Rita Hayworth, known commonly as The Love Goddess, was born Margarita Carmen Cansino in 1918. We can only speculate that life couldn’t have been easy as a young person born during the Great Depression. Seeing all the poverty created by the stock market crash may have influenced her and helped her succeed in life.

In addition to her extensive film career, Rita was also a pinup girl. She was the most popular pinup for WWII GIs. Men all over the world gazed at her beauty longingly. Rita never had trouble finding men to spend her time with. She married five times. First to Edward C. Judson from 1937–1942. Next, she was the spouse of the famed Orson Welles who wrote War of the Worlds, and they had a daughter, Rebeca Welles. In 1949 she married Prince Ali Salman Aga Khan, one of the sons of Sultan Mahommed Shah, Aga Khan III. The pair had a daughter, the Princess Yasmin Aga Khan who is known for her work with Alzheimer’s awareness. After her time as a princess, she was married to Dick Haymes for a couple of years and then finally to James Hill from 1958–1961.

Though Rita is perhaps best known for her role in Gilda (1946), or the beautiful technicolor musical role in Cover Girl. Whatever her most well-known part, she made a grand total of 61 movies in her prolific 37-year long film career. People simply couldn’t get enough of her. Among her many talents, she was also an excellent dancer. In fact, her background was in dance.  Fred Astaire once called her his favorite dance partner (Sorry Ginger Rogers) and the pair made two movies together, You’ll Never Get Rich in 1941, and You Were Never Lovelier in 1942.

Rita Hayworth was among the best, and most well know actresses who ever lived, though the height of her fame was in the 1940s. She was ranked 25th among the American Film Institutes A Hundred Years a Hundred Stars list and deservedly so. Moreover, she was one of the first Hispanic stars in American Film History, though it’s often glossed over. Rita Hayworth’s accomplishments would have been impressive by any standards, but as a minority woman in the 1940s and 1950s, the achievement is all the more significant.

Sadly, in 1980, Rita Hayworth was diagnosed with Alzheimer’s Disease. Her publicly known struggles with the horrible mentally degenerative disease are credited with bringing public awareness to the problem and helping to bring funding to the cure attempts as well. For almost forty years the actress has been known for her part in the battle against Alzheimer’s, though she passed away in 1987, less than a decade after her diagnosis.

If ever an actress deserved to be commemorated with a pair of the worlds most expensive and elegant shoes, Rita Hayworth is certainly that star. In the era of film she dominated, it would have been unheard of for a starlet to wear anything other than a dazzling pair of heels. The fame of the stiletto heel is in part because of the rise of film and the women who wore them on screen.

What makes the Rita Hayworth Heels so special isn’t merely that they bear her name. Stuart Weitzman created the outstanding and incomparable heels around a pair of extraordinary earrings. The diamond, ruby and sapphire stones set in the earings which grace the center of the satin flowers on the toe of these shoes were once owned and worn by Rita herself. Just as there will never be another Rita Hayworth, these magnificent heels are genuinely one of a kind.

Of course, despite the price tag, you cannot purchase these shoes. After Kathleen “Bird” York wore them to the 2006 Oscars, they went to Princess Yasmin Aga Khan. Like Drew Barrymore’s character Danielle in the remarkable Cinderella adaptation Ever After (1998), this Princess is very attached to her mother’s shoes. It’s unlikely that you could coax them away from her at any price. Though if you’re lucky, you might see a showing at an Alzheimer’s fundraiser or in a museum if the Princess allows it.

Shoe collectors can only dream of owning heels like these. No knockoff will ever truly capture the singular beauty of these incredible Rita Hayworth Heels. That’s fitting since no homage, not even a truly spectacular pair of heels, can quite capture the glamour and beauty of starlet Rita Hayworth, though these Stuart Weitzman heels come close. She is so iconic and beloved that years after her death, she is still in films. You can see her make a couple of appearances in Shawshank Redemption. Her poster hides a hidden exit, and her film is shown to the prisoners. It takes a lot of star power to be in movies after you’ve passed away, but Rita still has it after all this time, and these heels are worthy of gracing her feet. 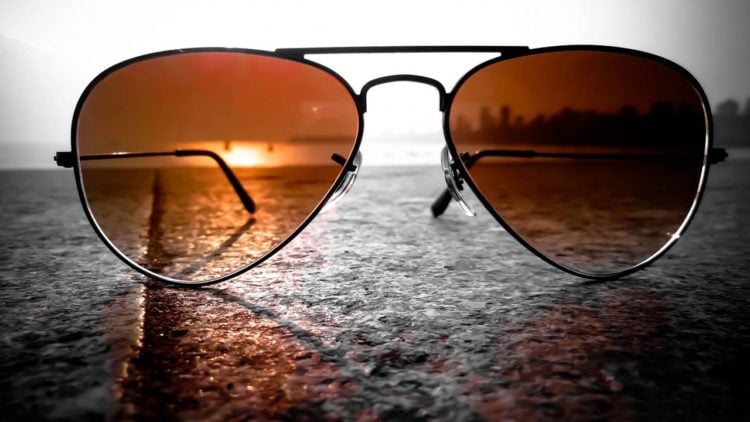 When it comes to your sunglasses, people love theirs so much that they’ve even made it into songs and pop culture. Ray Bans 1998 commercial (https://www.youtube.com/watch?v=4sQ5CLD7oiY) with its famously snarky vampires may have created the… 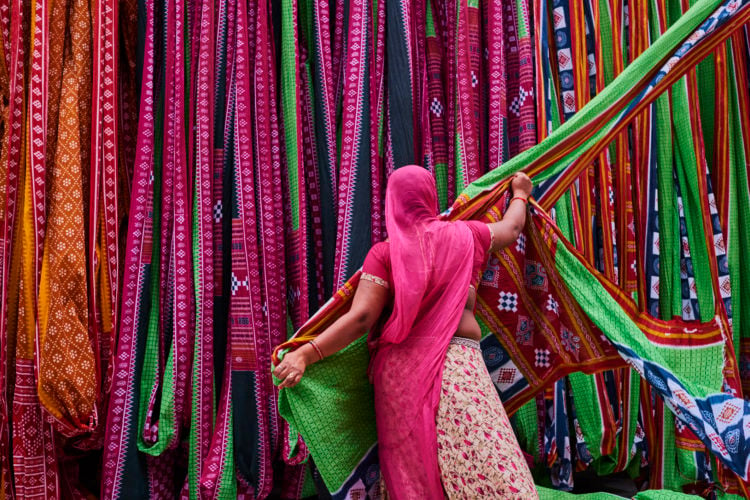 Clothing says much about the people who wear it. As a result, it should come as no surprise to learn that there have been some very prized and thus very expensive fabrics out there. For… 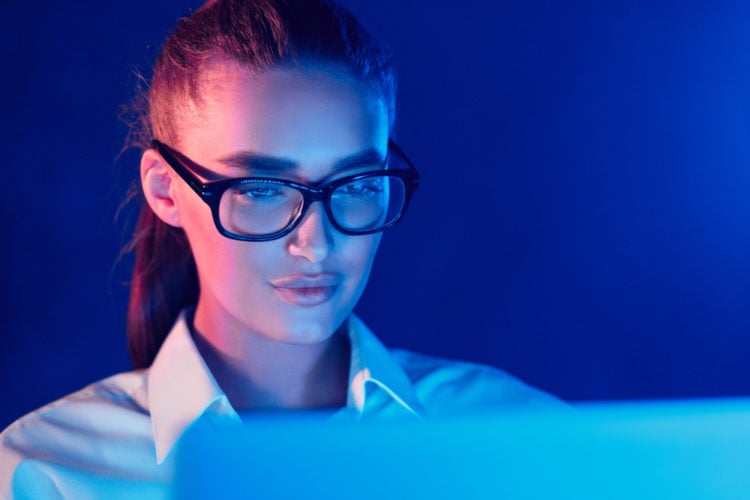 If you can read this, you probably need a set of blue-light-blocking glasses. The blue light that’s found outside, illuminating indoor spaces, brightening your tv, computer screen, and even coming from your phone is powerful… 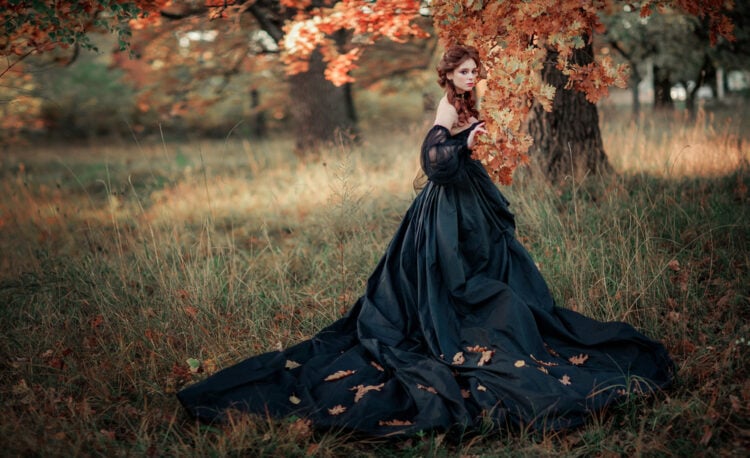 Gothic fashion, also known as Goth, is a trend that is here for the duration. We’ve learned to become comfortable with our dark side and embrace it through the clothing and accessories we wear. There’s…

Prada S.p.A. was founded in Italy in 1913. It’s a luxury fashion house and its founders, Mario and Martino Prada, started it originally for selling leather goods. They also sold British steamer trunks that they… 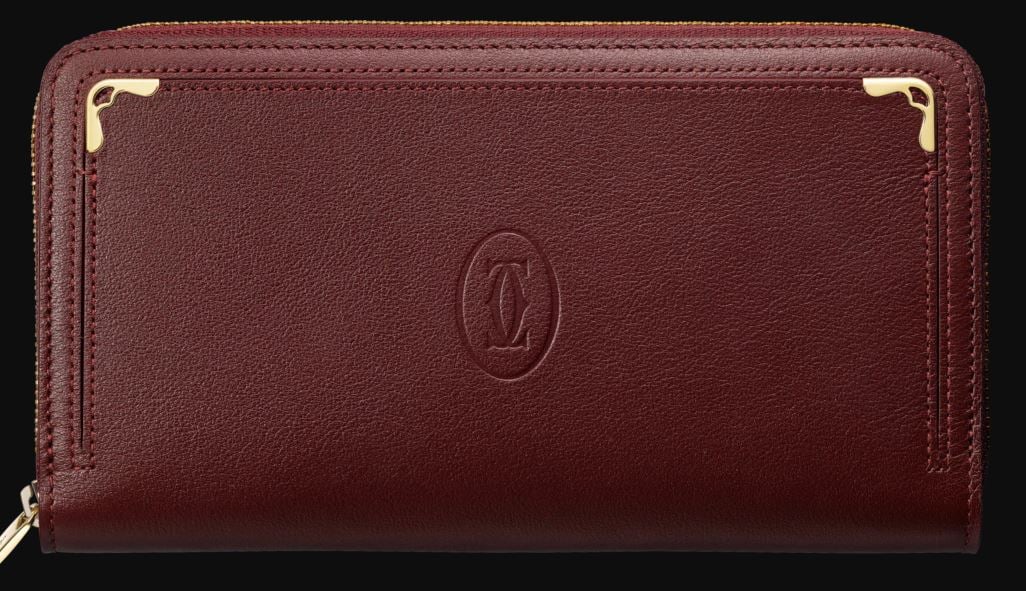