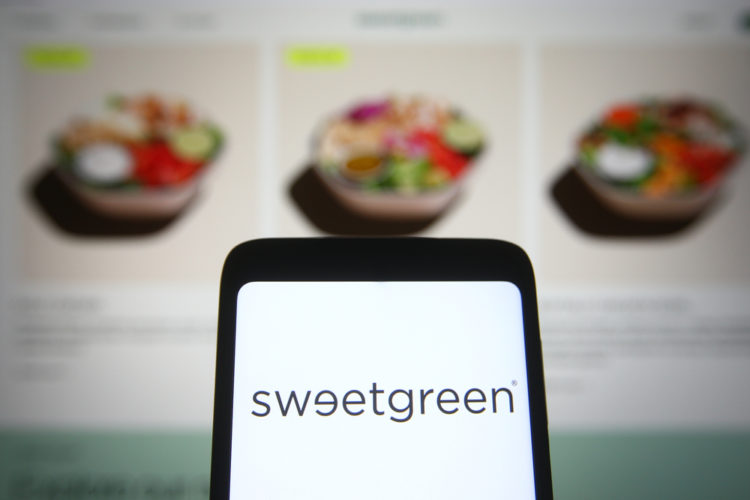 When it comes to food and hospitality, it is the order of the day that a company should be in the business for a couple of years to build up its clientele and expand its market share. This is evident, as you can see at some of the biggest fast-food restaurants in the country. However, as is the case with almost every single rule in life, there is an exception. In this case, Sweetgreen is the one that contradicts popular belief. Of course, this is not to say that the chain of restaurants has not taken its time to build a loyal clientele. On the contrary, however, unlike other restaurants, it is more or less an anomaly when comparing its market share with the number of years it has been around. The chain of restaurants has been able to climb to the apogee through a mix of clever marketing, using state-of-the-art equipment, and conducting extensive and intensive research into the clientele’s needs. They also use the best ways to ensure that the said needs are met. Even though it has been around for some time now, and is now more or less a household name, there are still those that do not know about it, and others have never even heard of it. The raison d’etre of this article is to shed light on Sweetgreen in its entirety; its begins, how it came to become one of the best, and how it has been able to stay at the very top. So here are 20 Things you didn’t know about Sweetgreen.

The company was founded in August 2007 by Nathaniel Rue, Johnathan Neman, and Nicolas Jammet, according to Sweetgreen. All three of them had met while studying at Georgetown University at the McDonough School of Business. As the name would suggest, the restaurant’s whole modus operandi di to serve greens, more specifically salads.

2. Perfectly paced to take over

As more and more people have begun to adopt a vegan or plant-based diet lifestyle, salads have become the go-to condiment to put this into place. Although nearly all restaurants and fast-food chains have vegan substitutes to most if not all of their meals, there was no chain that was fully dedicated to the vegan lifestyle the way that Sweetgreen has. It should come as no surprise then that the company has grown at such an alarming rate in such a short time.

When the company started, it had its headquarters in Washington D.C, the country’s capital. However, as it continued to grow each year, the company’s founders saw it fit to move the headquarters from Washington to Los Angeles. This happened in 2016.

From the humblest of beginnings, the company has steadily grown and proliferated in size. As a restaurant, this is very noticeable, as all you have to do is look at the number of new restaurants it has been able to set up. By May of 2021, the company had set up shop in twelve states, including Colorado, California, Illinois, Connecticut, New Jersey, Massachusetts, Pennsylvania, Maryland, New York, Texas, Florida, Virginia, and Columbia. It has also stated that it has plans to set up shop in Indiana, according to Google. Another effective and efficient way to measure growth is through the number of employees that a company has. As of 2021, even after the pandemic had forced a plethora of companies and organizations into downsizing, Sweetgreen was still able to hold its own, even if it was in one of the most affected sectors of the economy, food, beverage, and hospitality. As of right now, the company has around 4,000 employees.

The menu that Sweetgreen’s uses are both a thing of beauty and quintessence of innovation and ingenuity. The seasonal menu that the restaurant uses is usually a rotation of three seasonal and regional dishes, and it changes from market to market. The restaurant serves a myriad of different warm bowls, sides, plates, shareable, and salads, and thus you will not find a meal that will meet all your nutritional and flavor needs. The said menu changes five times annually based on the location and seasonality. This thus offers customers and consumers fresh produce at their peak ripeness throughout the year. Some of the more popular choices include Harvest Bowl and Kale Caesar, though they change based on the region and the time of the year.

6. Investing in their app

7. Features on the app

Some of the features that the app offers include the ability to order ahead of time. ability to share your nutritional information for the Sweetgreen up to the Apple health app, payment via the app, and even the ability to select dietary restrictions, which filters the menu to make sure that you get what you are looking for. In January of 2020, the company launched a native delivery service within the app. This made it possible for people to order Sweetgreen for delivery through its official website or mobile app. In May 2020, the company added push notification and order status tracking, both in real-time. This allowed their clientele to know at what precise time they would be getting their orders, making it possible to make the necessary preparations and even get ready for pickup.

8. The acquisitions the company has made

To stay ahead of the game, Sweetgreen has had to acquire a company or two. However, they have gone about this in a very systematic way and have tried to identify companies that are not only profitable or show that they will be profitable in the near future, but also companies that conform to the culture that Sweetgreen has been able to cultivate over the last couple of years. In August of 2021, the company announced that it would be acquiring Spyce. Spyce is a Boston-based restaurant that is also a Massachusetts Institute of Technology startup and aims to combine hospitality with technology and mechanization. It has done so by using service robots to prepare all the meals in the money. This has led to reducing time when it comes to preparation.

9. Increasing the effectiveness of the employees

The merger of the two companies, for Sweetgreen’s, will help them and their employees improve when it comes to the speed of food preparation. Additionally, it also seeks to make sure that there is consistency concerning salad preparations. The merger will also make it possible for the employees to focus exclusively on the basic preparation of food and hospitality while leaving the rest to automated machinery.

As mentioned earlier, for Sweetgreen to get to where it is, it has had to use a myriad of measures, one of the most effective and efficient being collaborations. In January of 2021, when the company launched the Crispy Chicken Salad, it teamed up with Ally Love. Ally love is a TEDx speaker and Peloton instructor. Additionally, they teamed up with Valkyrae, a live streamer and YouTuber, and Harper Watters, a viral Houston Ballet Soloist. The team that was put together was tasked to create a customized crispy collection that was only available on the mobile app.

Naomi Osaka is the first Japanese to hold the number one spot in the singles tennis ranking, and she has also won the Grand Slam singles championship four times. In addition to all this, she is a regular and longtime customer of Sweetgreen. Thus, it come with little surprise when the company announced that they were creating a partnership with her. This made her the company’s first and youngest athlete ambassador. She is also their most youthful investor.

As part of the collaboration, Naomi was to design and create a custom bowl exclusive to the Sweetgreen mobile app. The bowl, affectionately named the Naomi Osaka Bowl, features cilantro, warm quinoa, baby spinach, tortilla chips, tomatoes, goat cheese, raw carrots, lime-cilantro jalapeño vinaigrette, blackened chicken, Sweetgreen hot sauce, and avocado. The bowl has been a huge success. In addition to this, Naomi and Sweetgreen jointly showed their support to The Asian American Foundation in celebration of the partnership and collaboration.

During the summer of 2014, a collaborative salad dressing created by David Chang premiered in the New York Sweetgreen restaurants. The salad was called the Hozon Salad, and it was made from roasted chicken, kale, sunflower sprouts, onions, missed seeds, basil, cucumber, and carrots.

In February of 2020, another collaboration between the two hit the streets. This time it was the Tingly Sweet Potato and Kelp Bowl. This collaboration was very influential in bringing the economy of Maine back up. In 2019, the previous year, the lobstermen’s catch was down by up to forty percent. Thus, the collaboration brought back awareness to ocean acidification and the adverse effect on marine life. The bowl was made of seasoned white sweet potato, kale, roasted chicken, marinated kelp, cabbage, tomatoes, a lime-cashew dressing, wild rice, and two seasoning blends.

When the company first started, it raised about 375,000 dollars. The money was funded by a plethora of investors, including Seth Goldman, Washington’s Latino Economic Development Center, and Joe Bastianich. This money was enough to get the company off the ground. In 2013, the company accepted an investment of 22 million dollars from Revolution Growth.This is a venture capital company that is owned by Steve Chase. The following year, it also received an 18.5-million-dollar investment by Revolution Growth. under the guidance of T. Rowe Price. The company, two years later, was able to raise an additional 35 million dollars. Up to that time, it had been able to raise about 95 million dollars.

In July of 2021, Axios released a report that the company had confidentially filed for an IPO to become a public trading company. This would eventually come to pass, with the company finally receiving public status on the 18th of November the same year, according to CNBC.

From 2011 to 2016, the company annually hosted a food and music festival in Columbia, Maryland, in the Merriweather Post Pavilion called the Sweetlife Festival.

During the COVID pandemic, the company announced that it would launch the Impact Outpost Fund, a partnership between it and the World Central Kitchen. This partnership aimed to make sure that health workers would be getting free meals. The company, in 2020, served more than 400 hospitals with more than 400,000 meals.

In 2019, the company formed a partnership with FoodCorps, a national nonprofit organization whose raison d’etre is to facilitate the connection of kids in school with healthy food and thus further their food education.