Home
Cars
The Ten Most Awesome Talking Cars of the 80s 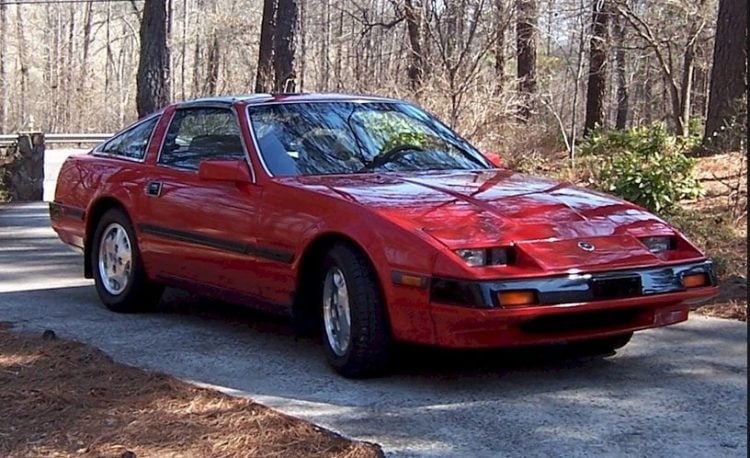 The 1980s brought forth a ton of innovations, such as Trapper Keepers, Alf, Pac-Mac, and talking cars. Automakers back then weren’t trying to implement futuristic technology for show, rather they were aiming to improve the safety of their vehicles. Enter the electronic voice alert (EVA) system, which would talk in certain situations such as if you left your door open, the car was low on fuel, or you left the key in its ignition.

This technology was very advanced for the time — remember, these were the days before voice recognition and Siri. These gems from the 80s are no longer in production, but people are still hunting them down for the nostalgia and the fact that they’re simply awesome. In case you missed this decades old auto trend, here are 10 of the best talking cars ever made. 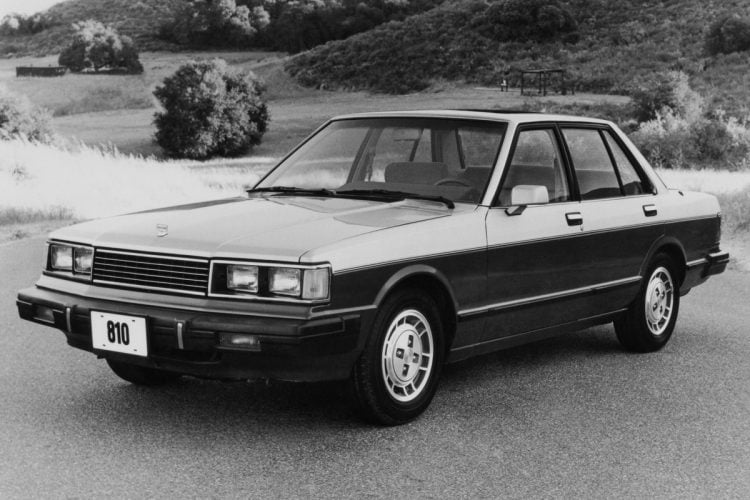 Every 810 Nissan Maxima produced during 1981 and 1982 was re-branded as the Datsun Maxima. These little sedans came packaged with a neat feature: a phonographic EVA system with a pleasant female voice. This vehicle was the first talking car to be sold in the United States, and though the voice system only had one warning — “Please turn off the lights” — it was such a novelty at the time that other car makers adopted its voice technology. Years after the 1981 Datsun Maxima hit the scene, the 1987 PU11 Maxima came along with a fresh look for its interior and exterior. Both the sedan and wagon versions of this ride had automatic shoulder belts, a digital touch entry system, power windows and locks, heated front seats, an optional sunroof, powered seats, and a voice warning system. Along with 15 inch alloy wheels and an electronics package that came with a trip counter and digital instruments, the 1987 PU11 Maxima was both stylish and technologically advanced. The EVA system in this car still used a female voice, but additional voice warnings were added. 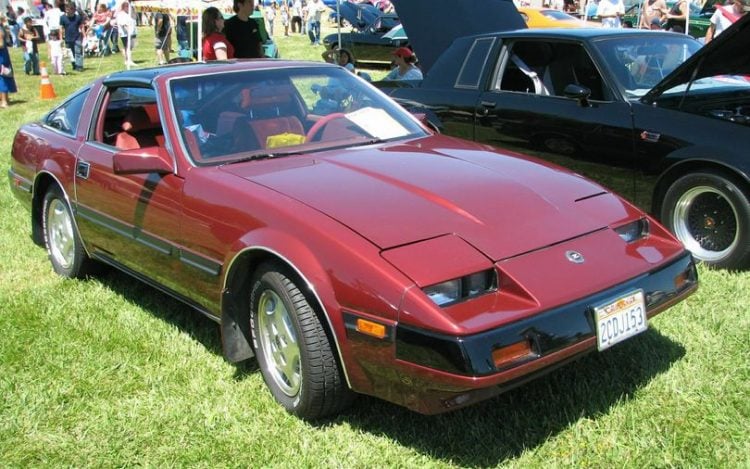 1985 marked the year that Nissan dropped the “Datsun” moniker and started looking towards creating stylish sports cars and sedans with distinctive exteriors. The 1985 Nissan 300ZX had greater power and better aerodynamics than its forerunner, the 280ZX. Not only did this car have great performance upgrades and a nice look, its electronic voice alert system was was fairly sophisticated. If the parking brake was engaged while the car was in motion, the female voice would say, “Parking brake is on”. Leaving the door open while the Nissan 300ZX was moving would prompt the EVA to say “Left/Right door is open”. There was another alert that would sound if the fuel tank dipped to a low level — who couldn’t use a feature like that today? Not one to be outdone, Chrysler had to introduce its own electronic voice alert system. Including an EVA in the 1984 Chrysler Town & Country Convertible was partially to justify its high price tag, and consumers totally bought in. In addition to having voice alerts, the 1984 Chrysler Town & Country Convertible featured an electronic travel computer that displayed an approximation of how long one could drive without running out of gas, average driving speed, and average gas mileage. A turbo engine, wire wheel hubcaps, whitewall tires — the 1984 Chrysler LeBaron GTS was built for performance and style, and it talked. This time, the synthesized voice warning system had a computerized male voice rather than a female. The “guy” was no-nonsense, too, and hearing the alerts would easily give one the impression that his father was in the car scolding him. “Don’t forget your keys”, “Please close your driver door”, and other warnings were more akin to lectures than useful safety features — who was really going to forget to close the door before driving off? Still, the 1984 Chrysler LeBaron GTS did plenty of talking, much to the chagrin of some of its owners. 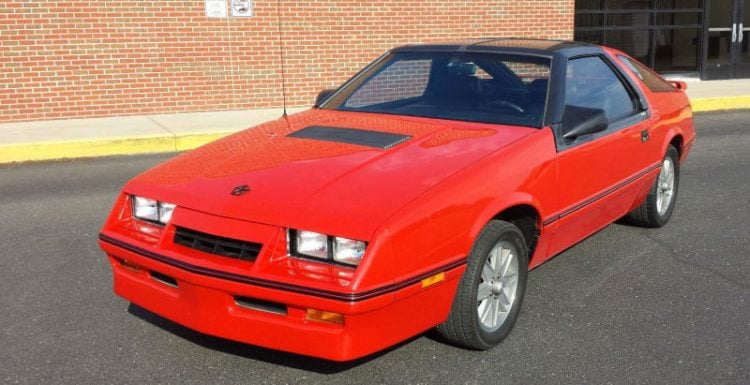 The 1986 Chrysler Laser XE Turbo was a beauty that had all of the 1980s driving accessories one could possibly want. Butter-soft leather, a T-roof, frameless glass, and aircraft style doors were just the beginning. Like Chrysler models that came out a few years before this one, the male-led voice alert system did give out some seemingly needless warnings — why they felt it necessary to tell the driver the keys were in the ignition is still a mystery. However, in addition to hearing the EVA warnings, the 1986 Chrysler Laser XE Turbo also displayed corresponding digital text alerts on the dash. A redesigned steering wheel, six speaker sound system, and elimination of hood vents were part of what made the 1987 Chrysler New Yorker a best selling model in the line. It also came with an EVA system, and one of the most-remembered warnings was “A door is ajar”. The male voice was still in use, and would also warn the driver to “Please fasten your seat belt”. However, this “guy” was really nice and would say “Thank you” after you actually buckled up and heeded the warnings. The 1982 Toyota Soarer MZ11 was a luxury coupe that had an early voice warning system. The car’s design was award winning and it also had an LED digital speed and tachometer display. The synthesized EVA would warn about headlights being left on and a number of other safety concerns. 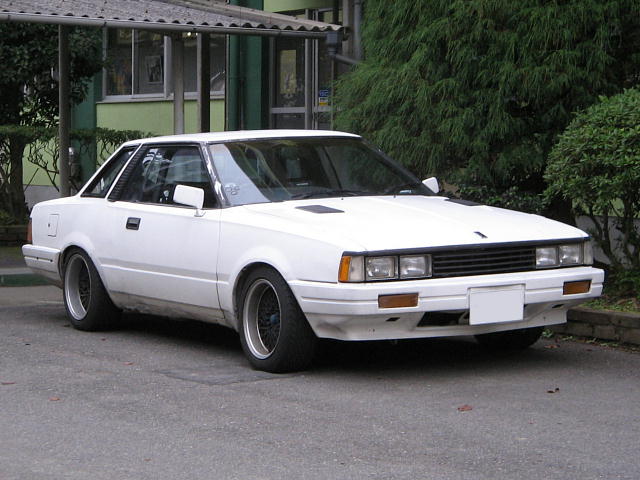 The 1983 Datsun Silvia 200SX was also called the Gazelle at one time, and it used to come as a hatchback or coupe. Exclusive trims made this an in demand car around the world, but what really stood out at the time was the array of electronic voice alerts. This talking car’s interior had great features, and the exterior design was iconic. However, the female voice that would chime in at various times — when the brake was on, a door was left ajar, or the hatch was open — made driving the 1983 Datsun Silvia 200SX a neat experience. These cars were built to last and made well, which is why it’s still possible to find one for sale and actually be able to drive it. If you’re wondering why some people search online and in junkyards for an old 1984 Nissan Maxima, it’s probably for the EVA box. This car was also the last rear wheel drive Maxima and its chassis was very similar to the Z-car’s. The phonographic voice system used in this talking car model was eventually phased out in favor of solid state mechanisms, but it is now a collector’s item.