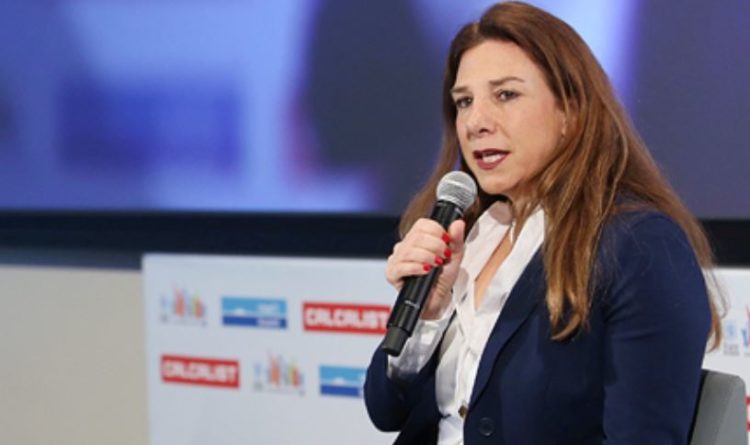 Tami Mazel Shachar is the current CEO of the software development acceleration space company Incredibuild. This is a big move for Shachar, in a company that is on its way up as a fast-growing business. Shachar brings a history of experience in leadership into the software development acceleration space but this may be her biggest challenge yet. If you’re not yet familiar with her, here are 10 things you probably didn’t know about her that you might find inspiring.

According to the official Incredibuild website, Shachar is the kind of person who doesn’t back away from challenges. Her new job is leading a progressive company where innovation and excellence are to the fore. It’s not merely overseeing operations, but ensuring that this company continues to grow and expand at a rapid rate. Incredible works with 250,000 individuals spread over 2,500 large organizations to help expedite the development of software programs and more. Under her leadership expectations are high for continued forward progress. She looks forward to the challenge of continuing to achieve growth as she steps up to the plate.

2. She was formerly President of 3M Electronic Monitoring

Shachar isn’t a newbie when it comes to executive leadership. Before joining Incredibuild as the CEO, she served as the President of a high-profile 3M acquisition called 3M Electonic Monitoring. The company is a part of the law enforcement space. This position helped her to gain the valuable experience and skills needed to step up to the next phase of her career, which is at the helm of Incredibuild.

3. Tami is also a team player

Before joining Incredibuild, Shacher served in an executive position that was a shared responsibility. She knows the value of working as a team and the power of collaboration. Her job at NSO was as co-president. She was in charge of the management of all commercial activities for the company which included global sales, marketing, public relations, and customer success. She was with NSO at t time of immense growth and scale for the company, and she did so by working closely with her co-president to achieve the goals of the organization.

4. She comes from a diverse career background

According to The Org, Tami brings with her a diverse work history that shows she is highly adaptable to different corporate environments. Formerly, she worked in the cyber industry and law enforcement industries, assuming leadership positions. She demonstrated a track record of success in leadership for these assignments. She’s done everything from portfolio management to general management scaling of business and media handling. She is a well-rounded professional who brings a diverse skill set to her new position.

According to Calcalis Tech, Tami Mazel Shachar has principles that she lives by. She joined NSO, the Israeli surveillance company in 2016 as vice president of sales. She moved up quickly in the firm, achieving co-president status quickly, but the company made a business decision that she didn’t agree with. NSO made the decision to provide spyware to Saudia Arabia that was used to spy on dissidents and it was linked to the murder of Jamal Khashoggi. Although NSO did not discuss its clients, these allegations were enough to make her want to willingly step down from her post. She left what could have been a brilliant career with the firm to stick to her principles. Although it’s not been proven that this was the case, Shachar wanted no involvement with such a shady situation and she resigned.

6. Tami knows when to walk away

Because she is a strong woman who knows her mind, Tami Mazel Shachar is not afraid to walk away from a situation that she does not believe in. Although she is career-oriented, she knows that her talents can be used in a variety of different situations. She knew when it was time to walk away from a position at NSO and she did so promptly without any damage to her career because look where she is now!

7. She was educated in Israel

According to her Linkedin page, Tami Mazel Shachar attended The Hebrew University from 1992 through 1995. She studied Arab Literature and graduated with her bachelor’s degree in 1995. She continued her educational endeavors at Ono Academic College in the field of Marketing. She and her MBA degree in 1998. She is a lifelong learner who continued at IDC Executive Education in 2018 to obtain certification for directorship, board of directors, and corporate senior executives positions.

8. She didn’t start at the top

Shachar didn’t start her career at the top. Instead, she worked her way up the career ladder. She started at the company Shellcase in 1997 as the director of European Sales. She worked there for 8 years at the post before leaving in 2005 to take a job at Elmo Tech Ltd. She served as vice president of sales and marketing at that position, where she spent another 6 years gaining yet more executive-level experience.

Shachar was at 3M from 2011 through 2016. During the time she spent there she served as Vice President of Sales & Marketing for a year, then was moved to the P of International Sales Operations for 1.5 years. In 2013 she received a promotion to the President of Electronic Monitoring International. She served at this post managing 250 employees, in charge of busses, manufacturing, operations r&d, products, finance, sales, and HR for 2 years and 8 months before leaving to take another job.

10. She is a role model for young Israeli women

Tami Mazel Shachar serves as a role model for young Israeli women who are interested in pursuing careers in business. She has worked hard to build a successful career in business leadership. Shachar has a lot of integrity and she sticks to her principles without bending them.