Home
Motorcycles
Under the Microscope: The 2005 Harley-Davidson Sportster
Prev Article Next Article 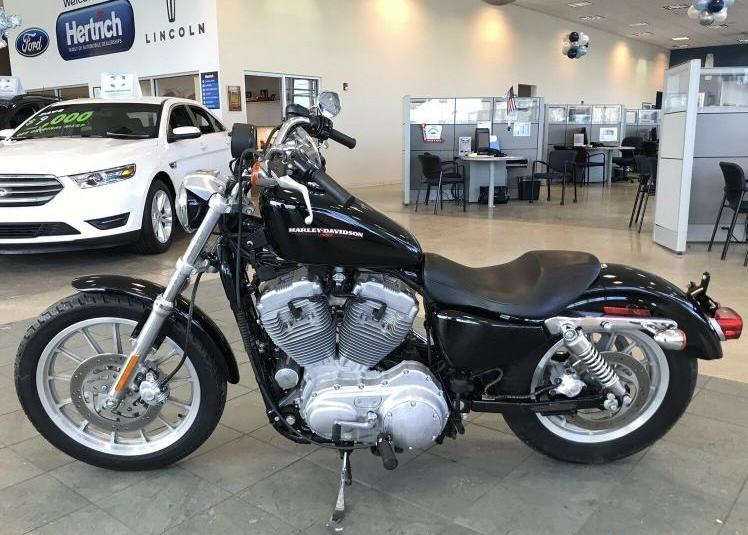 When Harley-Davidson released the first Sportster in 1957, do you suppose they had any idea of the longevity of the bike they made, or the number of models that would spawn from the popular line they had just unleashed on the public? I doubt it, because in business you can only hope, but I’m sure the confidence that was needed to make a go of it was there. After all, the success of the line speaks for itself.

The Sportster was descended from the Model K series of the early-to-mid fifties. Harley created the main Sportster XL line, which in turn morphed into a wide range of models suited for any and every motorcycle rider and enthusiast in existence . There have been a total of ten models, with sub-models, of course, that fall under the classification of ‘Sportster’; here we are going to look at those manufactured and released in 2005. Here is a listing of 2005 Sportsters, and slight breakdown of each one, which will show the pertinent things that actually differentiated one model from another; read on.

The Sportster line for this particular year had a new model that acted as something as a representative for the others. With the lowest saddle ever put on a Sportster, the 883 Sportster Low was the actual fifth bike in the line, and since the whole line went through an overhaul the previous year, putting the 883 out front seemed appropriate. Prices for the 2005 Sportster varied by model, ranging from $6,495 to $9,495. Below is a list of Sportster models made in 2005. This year’s significant change consisted simply of giving the model a bigger rear axle, which made the bike more stable for riding. Keep in mind that many other small tweaks were done to differentiate model from model, but overall, the bike stayed true to its roots.

This bike was designed for the person of smaller stature, and its ergonomics made the bike easier to get upright and ride. The seat height was only 26 inches, making it the lowest saddle ever to grace a Harley, and in addition to that, the seat is in more of a forward position. It also was made with food controls that were set at mid-mount, had lower suspension, and came in five different colors. Buyers could also get a graphic on their tank to make it stand out from other models.

The XL 883 was the most inexpensive bike Harley put out in 2005, costing only $6,495. It provided a vibration-free ride, thanks to its XL Evolution 883 motor.
This model also sported such features as a staggered dual-exhaust, an oval-shaped cover for the air cleaner, and a gas tank that is referred to as ‘peanut-shaped’. Other features include a 3.3 gallon tank, a silver powder-coated engine, low-rise handlebars, a solo seat, and more.

The ‘C’ stands for custom, as most of us know, and this bike has some pretty nice extras which take the XL 883 to a whole new level. It has the same rubber-mounted Evolution engine, it has many features that its partner bike doesn’t have. The tank holds 4.5 gallons, seats two, pull-back handlebars, forward controls, and its profile is more relaxed and laid-back. Buyers also got to choose from ten different paint jobs, including two-tone jobs and a special pearl paint option.

This bike is more performance-focused, and it presents a much tougher appearance than the Sportsters of pre-2005. With an XL Evolution 1200 engine, it provides 70 HP and delivers 79 ft. lbs. of torque. The handlebars are set wider apart for better turning leverage. Also, dual disc brakes in the front and a tachometer come standard with this version. Other features include high-compression cylinder heads, high performance cams, aluminum wheels with 13 spokes, polished chrome, and a 3.3 gallon fuel tank.

This bike provides riders with the great performance of the Evolution 1200 engine while giving them a bit of the classic custom appearance that so many love. It came with a pull-back handlebar riser, a slotted-disc wheel on the rear and a 21” wheel on the front, forward-mount controls, and chrome engine covers. When you combine all of that with a 4.5 gallon tank, a 1” rear axle, a more stable swing arm, and a bullet headlight in chrome, you have one beautiful bike.

Looking at all of the information above, it’s easy to see why 2005 proved to be one of Harley-Davidson’s best-selling years as far as the Sportster line was concerned. Harley had actually made a genuine effort to not only manufacture quality bikes with power and a pleasing aesthetic, they had also put their best foot forward to offer bikes to people of all income ranges. They were toughs, dynamic, and affordable motorcycles that could be enjoyed by virtually anyone, and it showed on the books.

But they also made one major elimination that enthusiasts really seemed to love: the reduction of the amount of vibration in the bikes they made. This had been something of an issue in the past, and according to those who had ridden the older versions and then got on a 2005, the difference was astounding. This was another factor that helped the Sportsters to sell so well that year, so it’s safe to say that every change they made was for the best, in one way or another.

So, here is all the information you need on the 2005 Harley Sportster line-up. Those are some of the bikes that are out there still, running well, looking good, and flying up the open road. True to Harley form, they can be trusted as quality bikes that were built with the rider in mind, and improved upon, over and over again. Owning one of these bikes is one of the most fun and fulfilling biking experiences on Earth. Give one a try f