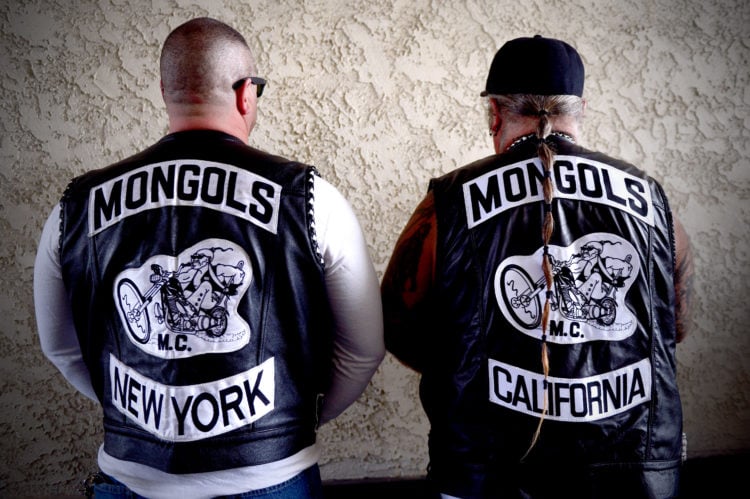 The Mongols Motorcycle Club was formed in California in the late 1960s. At the time, the name ‘ one-percenter clubs’ – i.e. the 1% of clubs that operate outside the law-abiding ways of the American Motorcycle Club – still hadn’t been coined. Thanks to the Mongols’ activities, it soon would (although, in fairness, the actions of certain other clubs like the Hells Angels and the Outlaws have to take some of the credit too). Big, bad, and dangerous to know, the Mongols are exactly the kind of guys your mother warned you about. If you’ve ever wondered about the origins of one of America’s most notorious motorcycle clubs, here’s what you need to know about the Mongols Motorcycle Club.

The Birth of the Motorcycle Club

Regardless of their colors, their patch, their motorcycle preferences, or their choice of activities, all motorcycle clubs, from the Mongols to the Pagans, the Iron Order Motorcycle Club to the Christian Motorcyclists Association, have their foundations in the same place – the original MC, The Motorcycle Club. The Motorcycle Club was founded in London in 1901. At that point, the motorcycle had only just come into existence, proving that, as motorbikeonly.com notes, for as long as there’s been motorized two-wheel machines on the roads, there’ve been people who want to associate themselves with the unique sense of camaraderie they offer. In 1903, the first MC was established in the US – the Yonkers Motorcycle Club. Initially, both it and all the other clubs that started cropping up around the country were harmless.

They offered an opportunity for motorcycle enthusiasts to socialize, meet up, and race. There was nothing sinister about their activities, and no law-abiding citizens had any need to fear if a group of club members rolled into town. Things started to take a turn at the end of World War II. Although the focus of the clubs still centered on racing, a new form of rebellion started to creep in. In 1948, the Hells Angels was formed. Consisting of a large majority of ex-servicemen that had served in the war, the Hells Angels quickly started to gain a reputation… for all the wrong reasons. The trend of new, rebellious motorcycle clubs being started by returning servicemen continued with both the Korean War and the Vietnam War. In fact, it was the Vietnam War that gave us one of the most notorious clubs around, the Mongols Motorcycle Club.

The Early Days of the Mongols Motorcycle Club

In the late 1960s, a group of returning servicemen from the Vietnam War tried to get into the Hells Angels. After being turned away because of their Hispanic heritage, they decided to take matters into their own hands and form their own club. On December 5, 1969, the Mongols Motorcycle Club was founded in Montebello, California. According to mongolsmc.com, the Mongols took the inspiration for their name from the Mongol Empire that was led by Genghis Khan. Highly disciplined, expertly tactical, and well-coordinated, these fearless (and feared) horseback riders conquered Eurasia in the early 1200s. Despite their small numbers, they cut a swathe through their enemies – something the Mongols’ have paid homage to with their motto of “Quantity, not Quality.”

Loyalty, honor, and respect among members were integral to the club’s early vision. Underpinned by a specific attitude, culture, and lifestyle, the club quickly started to gain a reputation – albeit one that, by today’s standards, would be considered tame. The Vietnam vets that made up the majority of its ranks quickly turned the Mongols from a ragtag collection of riders into a tightly organized unit run with the same regimented nature and discipline they’d experienced in Vietnam. Within just five years of its creation, chapters had sprung up in Los Angeles, San Diego, Bakersfield, Long Beach, San Gabriel Valley, and San Fernando Valley. As its ranks swelled, so did its notoriety. When the AMC eventually gave rise to the phrase ‘one-percenter club’ in the early 1970s, the Mongols were most definitely one of them.

The Growth of the Mongols

The Mongols Motorcycle Club was formed in Southern California, and today, the West Coast is still the club’s stronghold. However, it’s also made some inroads nationwide and abroad. Today, it has 14 chapters in the US and a presence in 10 countries internationally. Current estimates put its ranks at around 2,000 full-patched members. As hotcars.com notes, despite its growth, the Mongols MC has not yet joined the ranks of the Hells Angels MC, the Outlaws MC, the Bandidos MC, and the Pagans MC as a member of the Big Four, a group of motorcycle clubs whose criminal activities have achieved international notoriety. That isn’t to say the Mongols are sugary sweet, by any stretch of the imagination. When they formed, they were already pretty fearsome. These days, they’re even more so. Their reputation for drug trafficking, violence, turf wars, money laundering, extortion, firearms violations, and more besides puts them in contention for the title of the US’s biggest, baddest MC.

The Mongols and Crime

In fairness, the majority of violence committed by one-percenter clubs is interclub. Innocent citizens do occasionally get caught in the crossfire, but as onepercenterbikers.com notes, that old maxim of “stay out of their way and they will stay out of yours” generally rings true. That doesn’t, however, mean it’s looked on any more kindly by the law. Considering some of the most notorious incidents the Mongols have been involved in, nor should it. While the current club president David Santillan has denied that the Mongols are a criminal enterprise, their long, troubled history suggests otherwise.

Some of the most infamous legal cases to involve the Mongols include the arrest of 54 Mongols in 2000 after FBI agent William Queen uncovered drug trafficking, conspiracy to commit murder, and theft during a 28-month undercover operation. Two years later, a confrontation between members of the Mongols and rival gang the Hells Angels at the Harrah’s Laughlin Casino in Laughlin, Nevada, led to four fatalities on both sides. In 2008, Mongols member Christopher Ablett was convicted of the murder of Hells Angels President Mark “Papa” Guardado. More recently, David Martinez was charged with the fatal shooting of Pomona Police SWAT Team member, Shaun Diamond. After Martinez was connected to the Mongols chapter in Montebello, California, the judge added a special gang allegation to the murder charge. If he’s found guilty, Martinez faces the death penalty.