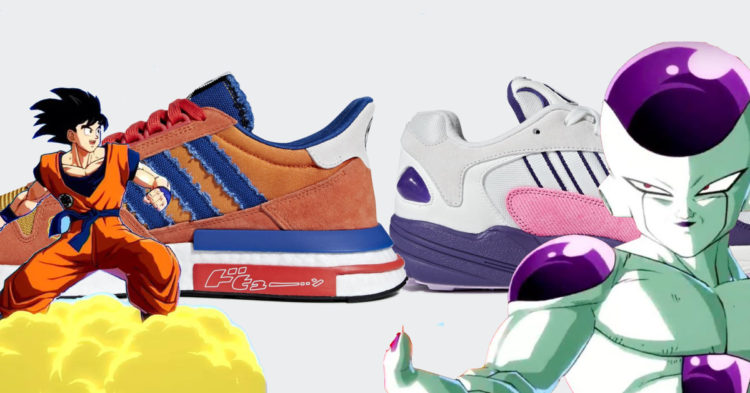 Dragon Ball Z fans are thrilled with the new lineup of sneakers that Adidas has recently released. They’re referred to as the DBZ collection. The shoe manufacturer has presented a total of eight models in the DBZ collection and the two new releases which have been made available have been selling like hotcakes with more new editions yet to come. Their collaboration with the franchise has resulted in the release of models that began in September with ZX 500 RM and the YUNG-1. More releases will be forthcoming in November and December to complete the collection. Of the eight newly released DBZ sneakers, we’ve highlighted the top five. 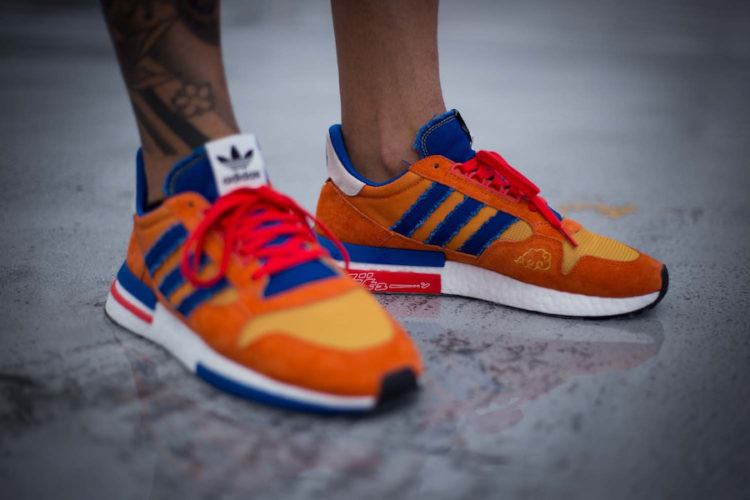 The Adidas Dragon Ball ZX 500 RM model was released on September 29, 2018. While the suggested retail price of this shoe is $170, the supply cannot keep up with the current demand. The majority of retailers who do have inventory are selling them for well over $200 a pair and some are auctioning them off to the highest bidders. The current high bid has been $336. The shoes are the new DBZ Son Goku line with an orange upper and three denim stripes with a white Adidas boost sole. The September 29, 2018 release of the YUNG-1 in the Adidas DBZ collection spurred a frenzy of bidding wars while the suggested manufacturer’s retail price is just $150, there are vendors who are opening auctions which have fetched prices as high as $575 for a single pair of the shoes. The hot-selling running shoes from the DBZ franchise are available through select vendors but it’s difficult for retailers to keep them on hand because of the current high demand. 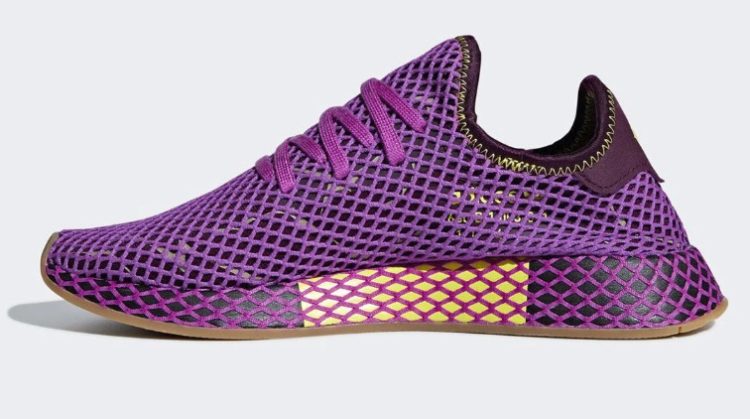 The highly anticipated Son Gohan/Deerupt model shoe in the DBZ line is scheduled for release on October 27, 2018, but retailers are already taking pre-orders for them. Bonanza is one such site that is listing the shoes for a starting price of $394.81 or Best Offer. While in some cases this might mean that they would accept less if offered, but with the current trends of supplies not meeting customer demand for the already released two editions in the DBZ lineup, this is going to mean a higher offer would be accepted over lower ones. The estimated shipping date from Japan is set on October 24, 2018, just three days ahead of Adidas’ official release date. It’s estimated that the free economy shipping will take between 1 to 10 days to arrive from Japan to the United States. The Adidas Prophere Cell is set for release to the public on October 27, 2018. Another highly anticipated new model in the DBZ lineup. This model is dedicated to Cell and will feature a color blend of greens with contrasting purple accents. It gets the special Dragon Ball Z insole which is a white color and thick with a pink rubber outsole. Analysts confirm that this shoe will deliver a uniqueness and an attractive aesthetic, however, they’re also predicting that it will have a chunky personality with a bit of weight due to the design that may lead to a bit of leg fatigue when worn for several hours at a time. This isn’t likely to deter die-hard Cell fans. The new Vegeta Ultra Tech hasn’t even been released yet but this isn’t stopping retailers from taking pre-orders. From what we can tell, it looks like the bidding wars have already begun for the new DBZ model that will be released for sale to the public sometime in November. The Ultra Tech Vegeta features the signature colors of the characters with Blue, Yellow and white dispensed throughout the shoe’s upper with solid black rubber outsole and branded heels. The upper will be made of neoprene and leather and the white midsole gets a black netted overlay that ties it in well with the black rubber outsole. We can tell at a glance that with prices already topping more than $350 for pre-sales, the cost of the Vegeta Ultra Tech is going to go through the ceiling for the holidays. With no word on the number that Adidas intends to produce yet, finding a pair may be an interesting challenge.