Home
Cars
The History and Evolution of the Cadillac CTS

Cadillac, as a brand, as quite the storied history, starting as far back as the turn of the 20th century. Unfortunately, the push of German luxury models into the U.S. consumer culture, Cadillac found itself attempting to compete in an arena in which it was ill-prepared. Simply put, Cadillac could not compete with Mercedes and BMW and the emergence of Lexus. Leading up to the turn of the 21st century, the brand found itself struggling to produce a model that could become a staple on which a new fleet could rest. They were not looking for a flagship model so to speak, but a model that would prove highly popular and boost sales. After a seemingly endless period of let downs, Cadillac finally hit pay dirt with the 2003 CTS, a model that would redefine the brand and create a space in the luxury market.

The CTS is currently in its third model generation and quite a bit has changed over the last 15-plus years. The 2003 model introduced Cadillac’s new approach to the design described as the “Art and Science” design. At the time it was introduced, the CTS had the look and feel of a concept car. The First generation lasted from 2003-2007. The first model was built with the new rear-wheel-drive sigma platform introduced by GM. The car was initially powered by a high-performance 3.2 L LA3 V6 engine that was capable of producing 220 hp. While not much changed in the body style in the following year, the car did get an upgrade in the area of performance by introducing a new 3.6 DOHC V6 — capable of generating 255 hp. The cars in Europe received a more docile version of the car with a 2.8 L engine. 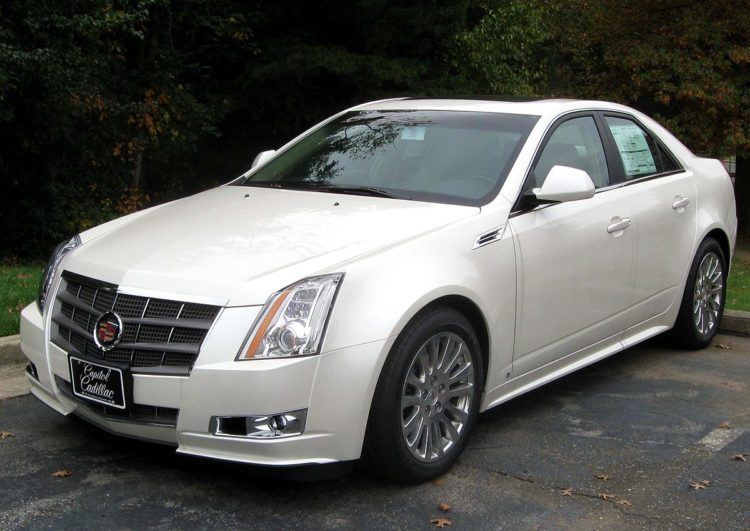 In some ways, it is amazing that we have only witnessed the turn of three generations over the last nearly 16 years. But then again, when something is working as well as the CTS has worked, why interfere with unnecessary changes. In 2008, an all-new CTS was introduced to North American consumers. The base model was equipped with a 3.6 L LY7 V6 with the capacity to generate 306 hp. As you can see, performance and speed have been a focal point of GM concerning the CTS and they have not disappointed to this point.

At the end of 2013, Cadillac unveiled the third generation of their most popular sedan. Stay true to the theme of power and performance the third-generation CTS received a power upgrade by way of a 2.0L turbocharged engine capable of producing an enormous 420 hp. What is noticeably different about the third generation is that it appears to be a CTS only in name. The car is significantly larger than the previous models and more comparable to the former STS model. The third generation CTS was so impressive that it earned Motor Trend’s Car of the Year award.

While Motor Trend lauded the reliability and driving dynamics of the car, it heavily criticized the CUE multi-media interface system which is common in new Cadillac models. Unfortunately, complaints about the CUE system are far too common for Cadillac’s liking and they are working on getting the kinks and bugs out of the system. It is safe to say that while the system still needs some work that it is operating much better than the system that Motor Trend tested back in 2014.

It is safe to say that while Cadillac has not positioned itself in the same space as the current Big-3, it has definitely closed the enormous gap that existed and Cadillac has created its own unique space in the luxury car market. The greatest threat to Cadillac is not the Big-3 but the emergence of new brands, including Hyundai’s Genesis line. All-in-all, the brand is in a great position.

Rick Wallace, Ph.D., Psy.D. is a theologian, published author, public speaker and entrepreneur. He has degrees in Theology, Biomechanics & Kinesiology, Psychology and Textual Criticism. He has over 20 years experience in the Health & Fitness Industry, and he currently trains individuals how to achieve holistic balance and success in their lives through his Visionetics program.He writes for numerous blogs on numerous subjects and is a diligent researcher.He also specializes in SEO, Content writing and procurement, Reader Appeal, Keyword Density Analysis and more.