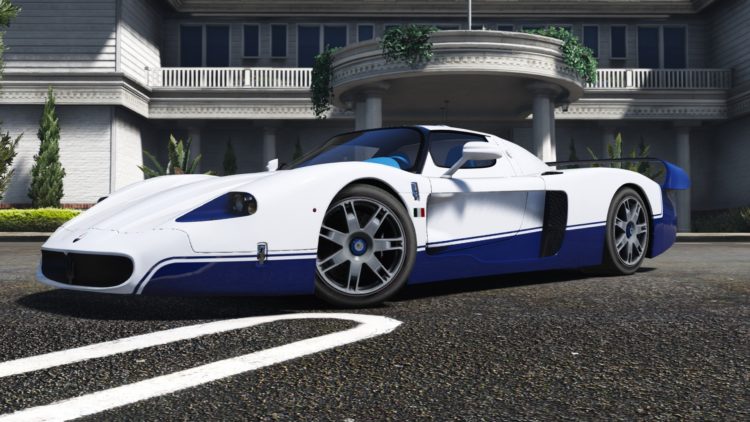 The Enzo from Ferrari is arguably one of the best super cars you can drive in town. The car has everything you would expect from a leading car manufacturer such as Ferrari. That is why when Maserati saw that there was not a racing version of this car; he decided that was an oversight. He saw that its power had potential to turn it into a competition King. Since it did meet homologation standards as it was, they changed a few parts and components of its design, and then gave it the name MC12. For Maserati, if a sports car has never had had its mutter tested in a competition, then its design is not yet complete.

While Ferrari has the technology to make Enzo a winning sports car, only a true racecar can win the hearts of its fans. In many ways, the MC12 is an Enzo even though their performance differs slightly. They both have a 6.0 liter V-12 engine that weighs 511 pounds, and both output staggering horsepower; 624 hp for MC12 and 651 for Enzo. Furthermore, both cars have the engine at the center, and both have a dry sump system.

Unfortunately, Maserati changed the RPM redline to 7,700 for MC12, which is less than Enzo’s 8,200 by 500 RPM. Apparently, Ferrari must always have the better numbers, and the Enzo has to get the higher limit. However, power is not everything, which is why Maserati’s MC12 true magic comes from its suspension wizardry and chassis that gives it a superb balance.

The body design is also different, the MC12’s body is not just taller, but is also wider and longer. Moreover, a fine mix of Nomex and carbon fiber has been used all round and even underneath to give the car a perfect load-bearing structure. Body wise, the only thing they share is the windshield glass.

The car gets its larger body because the design has a fixed wing, and winder body panels for homologating the car for racing series. Moreover, the spoiler combined with the underbody diffusers give the car the required additional downward force. The downward force is greater at the rear at 66% and the front having 34%. Maserati went the extra mile and added a rear window, trunk, and spare tire. Moreover, the production car has a radio and a removable roof to give you a Targa-like experience.

The initial drawings used to design the MC12 came from the well-known legendary designer, Giugiaro, however, Frank Stephen designed the car’s final form. Maserati produced a total of 50 units plus 12 others known as Corse for customers to use on the track. Maserati produced the 50 units in the Classic blue-and –white livery, which was a message that he was back to making racing cars after 37 years.

Andrea Bertolini did the MC12’s primary testing, while Michael Schumacher provided additional testing. As a testament of its design, the car was able to dominate the FIA GT manufacturer’s cup. It performed so well that it beat the Ferrari, which came to second place by almost double points. That is when Maserati decided to celebrate buy creating 12 MC12 design for the track only. Those 12 cars were only available in Maserati’s Blue Victory color, and delivered a crippling 756 horsepower.

Although the MC12 managed to win the series and the Italian GT Championship in 2005 and 2006, the Enzo later overshadowed it. However, the MC12 will always be as a reminder of what the Enzo’s platform could have achieved in the motorsport world. On his part, Maserati was able to make a successful comeback, and a triumphant one at that. Overall, the car proved that when it comes to racing, only the very best sports cars are able to win.

As you may have concluded, the design was truly great, which is why it was able to be an instant track success. We hope that if you get to own, you will have great time in the streets, and on the track; at least in the case of MC12 Corse.