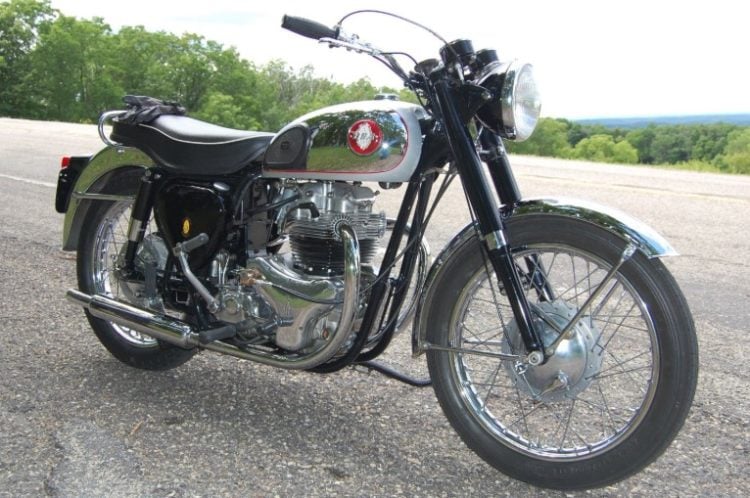 BSA stands for the Birmingham Small Arms Company Limited, which was a British combine that produced a wide range of industrial products. For example, considering its name, it should come as no surprise to learn that it manufactured guns for both military and sporting purposes. However, other products included but were not limited to tools, casings, cars, bicycles, and motorcycles. Even now, there are people who find BSA motorcycles to be fascinating, as shown by the fact that there is still some interest in reviving the brand.

What Happened to BSA Motorcycles?

First and foremost, BSA started out in 1861 when a total of fourteen gunsmiths were encouraged by the British Government to start producing weapons using new techniques and technologies that could increase their output without needing more skilled labor. In time, BSA branched out into other products, which proved to be necessary for its continuing existence because of sporadic orders from the British Government. For instance, its product line was stopped for the whole of 1879 because of a lack of demand, meaning that it was clear that it couldn’t count on a single customer to keep it running.

The first product that was produced by BSA besides weapons was bicycles. Due to this, it is natural that BSA took a fair amount of interest in improving upon bicycles, with included experimenting with the concept of motorizing them. As a result, BSA started producing experimental motorcycles in 1905, which was followed by the launch of their motorcycle line in 1910. Suffice to say that this effort produced handsome returns, as shown by the fact that BSA sold out its entire production for not just 1911 but also 1912 and 1913.

Following the conclusion of the Second World War, BSA saw a significant surge of interest in its motorcycles, so much so that it had to dedicate more and more of its facilities to their production. In this, said interest was helped by BSA’s promotional efforts, with an excellent example being how it sent riders to races in the United States for the purpose of raising its profile. As a result, BSA motorcycles became seen as racing machines in certain markets, which was an interesting contrast to their older image of being affordable motor-vehicles for average consumers who wanted something reliable.

Unfortunately, BSA motorcycles started to struggle in the 1960s. There wasn’t a single cause for its issues. Instead, there were a wide range of causes for a wide range of issues. For example, BSA motorcycles had become less popular because consumer interest had shifted to other products. Furthermore, BSA was facing increased competition from other manufacturers in other countries, with examples ranging from Japanese manufacturers to European manufacturers. On top of this, BSA leadership made multiple blunders, which included poor marketing campaigns as well as expensive but not worthwhile projects that sapped their resources. In the end, BSA leadership made a valiant effort to save BSA motorcycles by making much-needed changes, but by that point in time, too much damage had been done too soon for it to recover from its problems.

What Will Happen Now?

In 2016, the B.S.A. Company was bought out by the Mahindra Group, which is an India-based conglomerate with a presence in motorcycle manufacturing as well as a number of other sectors. Said conglomerate has made its interest in reintroducing BSA motorcycles very, very clear, but it remains to be seen whether its products will be able to breathe new life into a long-exhausted brand or not. Still, so long as there is a will, there is a chance that the brand could be revived in the present, which would make for a rather interesting spectacle to say the least.