Home
Motorcycles
The Rise and Fall of the Titan Motorcycle Company 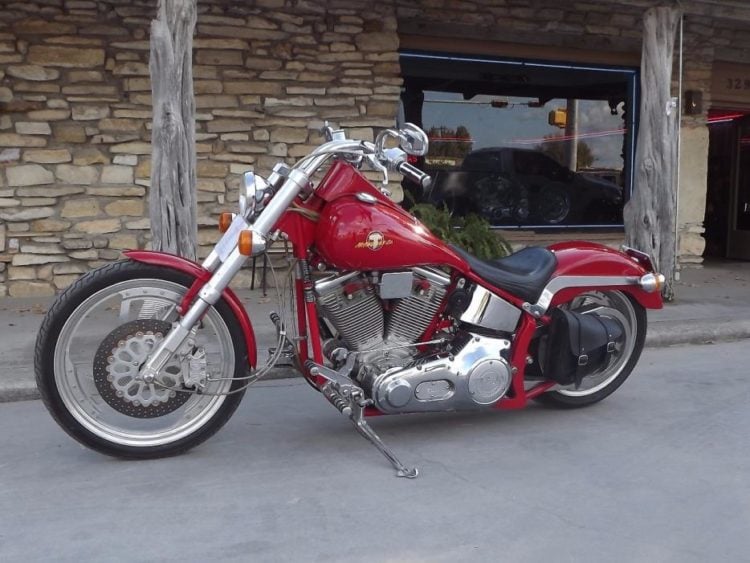 Do you remember Titan Motorcycle Company? The American motorcycle manufacturer that promised so much but that came to so little? Believe it or not, it’s been almost 15 years since Titan’s dramatic fall from grace. Born in 1994, dead by 2007 (officially, in any case, although by then, it had already been as good as over for 6 years), Titan was the company that was meant to rival Harley. It didn’t. It did, however, go down in history as one of the first-ever motorcycle companies to mass-produce custom motorcycles. And that, if nothing else, gives us reason to pause, rewind, and spend a few moments considering the rise and fall of the Titan Motorcycle Company.

Once upon a time in America, a father-son duo named Frank and Patrick Keery had a dream, a dream that involved making the biggest and the best custom-designed performance motorcycles on the market. But they didn’t want to make just one or two of these motorcycles. They wanted to flood the market in them. And thus, the Titan Motorcycle Company was born. As v-twincity.com writes, the Titan Motorcycle Company was founded in 1994 on the back of the cult of the big, boisterous, all-American V-Twin motorcycles immortalized in the likes of “Easyrider,” “The Wild Ones”, and “Electra Glide In Blue.” Designed to capture the free-riding spirit of the American West, their muscular machines were loud, proud, and shiny. With names like Gecko, Roadrunner, Sidewinder, and Phoenix, Titan bikes were hand-built, unique and custom-designed. But unlike most hand-built, unique and custom-designed bikes, they were readily available and, most importantly of all, marketed at an affordable price point.

At that point, the majority of people looking for a custom-built bike were forced to do the customization themselves. They’d buy a new bike (make that a new Harley, actually – at that time, Harley held the lion share of the market, as indeed it still does), pull it apart, and then add on their choice of chrome custom parts. But there was a problem – Harley Davidson wasn’t making too many new bikes at that point. There was thus a huge, untapped market for readily available, pre-customized bikes… a market Titan intended to exploit for all it was worth. Sold through a network of over 80 domestic and international dealers, Titan bikes were designed to give bikers the opportunity to buy into the dream of owning a custom motorcycle at a realistic price point.

The Rise of Titan

To say the early years at Titan were blissfully free of problems would be a lie. Although there was most definitely a market for their creations, those creations were new. In itself, newness isn’t a problem, but for insurers who weren’t quite sure about Titan’s manufacturing processes, it was. Despite the fact that financing was relatively easy to come by, insurance was anything but. The problem spilled over to other areas, including price listings. For potential buyers looking to get an idea of the retail price of a Titan, it was nigh on impossible. But once it managed to get over the teething problems, Titan began to take off. In 1997, the company went public on the NASDAQ.

The Start of the Troubles 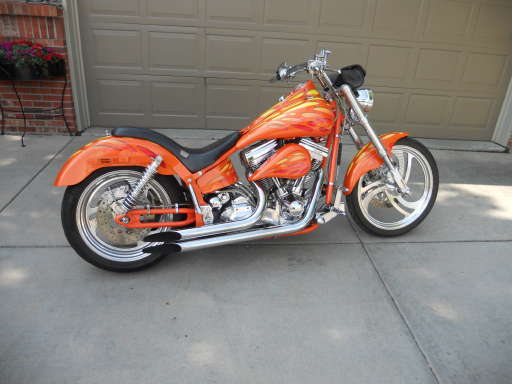 If there was one thing to blame for Titan’s downfall, it was over-expansion. In 1999, Titan decided it was time to go global. As bizjournals.com writes, they expanded into Germany, creating several new custom product lines and pouring huge amounts of money into research and development, manufacturing, and marketing infrastructure. It was too much, too soon. The business, which was still just 5 years old, never recovered. According to its annual figures, it showed a loss that year of $8.1 million on sales of $26.9 million. It would take a few more years for it to shut up shop completely, but from 1999 onwards, its cards were marked.

Titan knew it was in trouble in 1999. But nonetheless, it was determined to push on. At the Dealernews International Powersports Dealer Expo 2000 show in Indianapolis, the company unveiled its new Year 2000 model motorcycles “Titan’s new product-line offering represents a major breakthrough in volume-manufactured, high-performance cruisers,” president and founder Patrick Keery said at the time. “We have been painstakingly developing our new line for nearly two years, and we are very enthusiastic about this important introduction.” Speaking about the reception of dealers to the new line, Keery added, “Dealer excitement is understandable. Many premium features previously found only on award-winning show bikes are now standard for the Titan 2000 Series.” The line wasn’t the only change introduced that year. Staff numbers were reduced in a bid to cut losses and an online store was added.

As last-ditch efforts go, it was a good one. But even though the company made a record number of sales that year, it wasn’t enough. In the first quarter of 2000 alone, Titan reported losses of $8.5 million on sales of $23.8 million. By the following year, Titan was dead in the water. As per wikipedia.org, by the start of 2001, the management had failed, then dealer and customer support failed. Titan was left with no choice but to file for bankruptcy.

In an effort to save Titan, Andrew Donald Proudfoot, owner of the largest Titan dealership in Florida, took a gamble on the failing company. In July 2001, he made a personal trip to Titan’s headquarters and came away with the ownership deeds. But even a fresh injection of blood wasn’t enough to save the beleaguered brand. Remarkably, it struggled on for 6 more years. By 2007, however, it was all over.

The Final Days of Titan 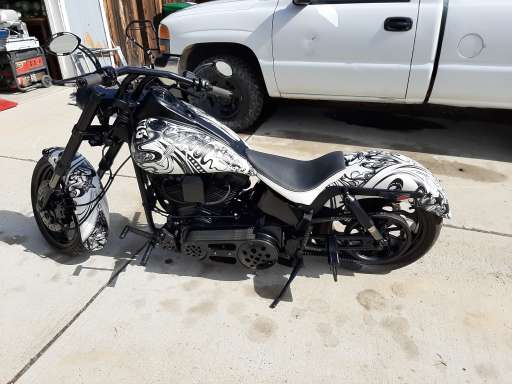 By 2007, the American motorcycle market had shrunk away to almost nothing. With new Harley clones like Big Dog and American IronHorse on the scene, there were almost as many companies selling motorcycles as there were people buying them. With more outgoing debt than it had incoming revenue, Titan had no choice but to call it a day. As reported by cyrilhuzeblog.com, Titan filed for Chapter 11 bankruptcy in January 2007. In August that year, it signed an asset purchase agreement with Arizona Motorcycle Works (a built bike company focused on Titan motorcycle repairs & service) in which all its assets were sold for about $300,000. The age of Titan was over.