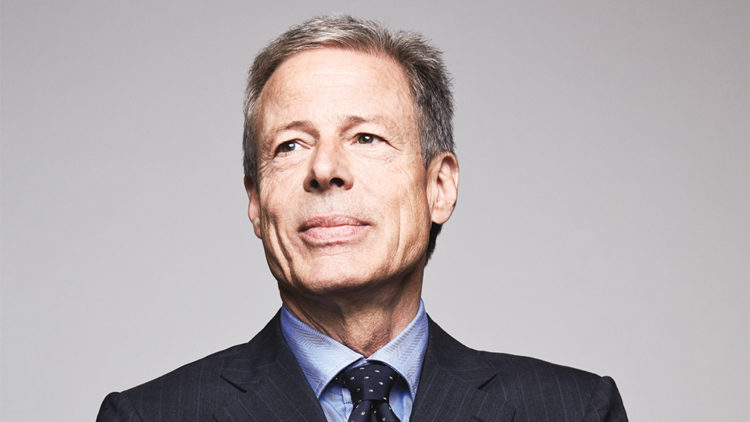 Time Warner CEO Jeff Bewkes’ business career is beginning to fade into the sunset, as the sale of Time Warner will have him gracefully exiting from the company. This doesn’t mean he is completely through with the corporate world, but it does mean that he is likely looking for new challenges elsewhere.  Where that is we don’t know but we decided it was time that you learned a bit more about Mr. Bewkes.  Here are 10 things you didn’t know about the Time Warner CEO.

1. He was directly responsible for some of HBOs most popular shows.

Anyone who has heard of HBO, the Home Box Office channel, has heard of at least one of these programs – The Sopranos, Six Feet Under, Sex and the City. These exist because of none other than Jeff Bewkes. As we will see in other facts on this list, he knows his business and knows when to take a risk. But the truth is, what is seen as a risk by many of the critics ends up being exactly what needs to be done.

2. After taking over at Time Warner, he dumped what were perceived to be essential profit makers for the company.

Instead of trying to be a company known for its diversification, he made AOL a separate business, made Time, Inc. an independent publishing company, and let Time Warner cable see if it could survive on its own. All three couldn’t make the cut, while Bewkes turned the company’s focus to a connected triad: news, sports, and entertainment.

3. His college years were not spent studying business.

At Yale University, his major was Philosophy, which he eventually earned his degree in. One friend described him as someone who spent a significant amount of time with “the lunatic fringe” and “free thinkers.” Hardly the foundation for a career as a Fortune 100 company CEO – at least that is the common business perspective.

After a few years with trying out banking as a career, he joined HBO when it was just a small company trying to find footing in the pay for cable industry. He would travel around the country, shilling his digital wares to hotel owners who were not quite sure what they were getting into. Today, if a hotel doesn’t have cable it is also not likely to have many customers.

5. His preference is to keep a low profile both in his personal life and as a CEO.

Maybe the reason is he has been through two divorces and chooses to keep his exes out of the media light – a harsh reality that Bewkes knows well. But it seems to be more a part of his personality, to not get caught up in the media mogul mindset, and to just go about his business without a lot of hoopla. This is definitely a rarity in the world of media, and actually quite ironic when you stop to think about it.

6. A primary focus of being CEO was to benefit shareholders.

This will be one of his legacies; that shareholders were a priority in every major decision he would make. When he turned down the offer from Fox to sell the company, media analysts and experts were saying this was a huge mistake because Bewkes would never be able to get a better offer. He stood firm and made the stockholders and himself a lot more money.

That raise brought his annual salary to $49 million. With the company’s pending sale to AT&T, Bewkes is said to be leaving the media business, so it’s sort of a final thank you for the more than 3 decades he has spent at the company. He achieved his performance goals for the year, adding to the raise with a $14.7 million performance bonus. Just these two monetary rewards totaled more than he made the previous year – $32 million.

8. His politics are not so easily figured out.

During the 2016 election, Bewkes said the threats against the freedom of the press were greater from Democrats than Trump. This is from a man who owns CNN and who has a steady history of donating to Democratic candidates. Analysts say that he is more a proponent of Big Media than he is of a particular Democratic cause or platform.

9. Bewkes was criticized in some corners for not preparing Time Warner for the future cable cutters.

Though the Federal government has given the green light for the sale, Bewkes should have taken responsibility for failing to move on from cable to mobile when the writing was on the wall years ago. This is the opinion of some analysts who say that despite his many successes in the past, Bewkes, 66, had simply fallen behind the times.

After his hazy days at Yale, he decided to get down to business and get the degree that would make a difference in his future career. Though it took him a few years after graduating to find his niche, his Stanford education paid off.