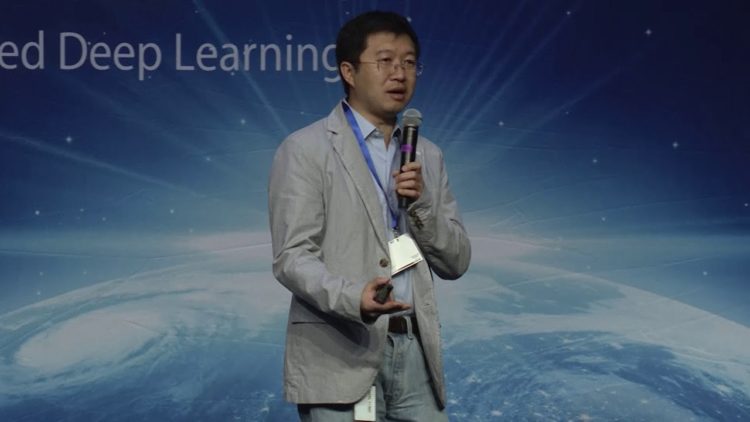 The future of autonomous driving is here, and you most probably know of Tesla’s self-driving vehicles. However, many other companies are venturing into the industry, and one in China, WeRide, founded in 2019, has been making significant strides. Tony Han is a co-founder of the company, and he believes China is undergoing a mobility revolution. He wants to be at the helm through the Robotaxis, which he said are only a matter of time before they do away with safety drivers. Here are a few facts about the CEO to shed light on his personal and professional life.

1. His Main Concern about Autonomous Driving is Safety

In an interview published in Medium, Han disclosed that WeRide understands the unpredictability of human behavior. He explained that although human behavior cannot be controlled 100% due to many outliers outside the normal distribution curve, some make it easy to predict their actions. The outliers, therefore, make concern about safety in autonomous driving quite critical. He proudly added that although their cars may not appear as skillful as experienced drivers, they are much safer than human drivers.

2. He Always Does the Cost-Benefit Analysis before Implementing Something

Any intelligent business person knows that the essence of running a business is to make profits. Therefore, without a cost-benefit analysis, the chances of taking on white elephant projects are high. Han understands this too well and disclosed that even if the 5G network is indispensable, he will not use it in all the cities the self-driving cars operate. He clarified that while 4G is much cheaper with a base station of about 1 kilometer, 5G covers only 300 meters making it very expensive. Consequently, they can only use it in densely populated areas because investing it in sparsely populated regions would beat logic.

3. He is Hopeful That Autonomous Driving will be Affordable in Future

LiDAR (light detection and ranging) technology is an expensive technology. It is a remote sensing technique used to ensure the exact distance of any object on the earth’s surface, which has become helpful in autonomous driving. Han explained that while in 2017, a 64-line LiDAR cost about 700,000 Yuan, the price had halved by 2018. On the other hand, the aging population in neighboring countries, particularly Korea and Japan, has increased labor costs. He added that even not all the younger people can drive. Thus, as the cost of hardware decreases and the cost of human labor rises, autonomous driving’s future is bright with lots of proceeds in store.

In 2019, Robotics and Automation News reported that WeRide was about to launch a commercial autonomous taxi service making it the first of its kind in China. Han disclosed they were using technology that would pave the way for Robotaxi services in China in the future. His dream for the taxi services turned into a reality, and by July 2020, the Robotaxi service had earned loyal users within the first year of operation. By then, it had 60,000 passengers, 28% of whom rode at least once weekly, while 15% rode at least thrice per week.

In May 2021, TechCrunch reported that WeRide had announced its Series C funding that remained undisclosed though it was in the range of hundreds of millions. With that amount, the company’s valuation rose to $3 billion, and Han said that the autonomous driving technology had helped accelerate the company’s development. Han was interested in seeing WeRide become a force to reckon with, thus pushed the company to become the first in China to attain an official license for taxi operations in February 2021. The entrepreneur did not stop there. By April, he had ensured that WeRide had a permit to test the self-driving cars on public roads in California.

6. His Prediction on the Large Scale Operation of Robotaxis

For the entrepreneur who already predicts the redundancy of taxi drivers, Han expects that by 2023, the Robotaxi services will have grown to a large scale. WeRide is yet to start making money, but the CEO added that it would in 2025. He is not the only hopeful CEO because AutoX’s Xiao is also anticipating that his company will generate income by 2023, depending on when the regulation of the industry happens.

7. Why He Pushes for WeRide to Publish Operation Reports

The public believes in seeing results and unless they have evidence, convincing them is a challenge. Therefore, because Han knows this is the only way to convince more people to ride in their RoboTaxis, he ensures that they publish an operation report every year. The CEO wants to show that regardless of the many miles the fleet cover and rides passengers have taken, there have been no accidents.

8. He Wanted WeRide to Utilize a Product-Oriented Strategy

Han understands that the Robotaxis with safety drivers are yet to take advantage of the essence of the autonomous driving technology. Therefore, he revealed that the safety drivers must be eliminated for them to commercialize the Robotaxis fully. For this reason, the company aimed to have a product-oriented technology that included WeRide One to utilize the services regardless of the traffic and weather. They also launched the WeRide Go app to offer convenient mobility services.

It seems that Han was determined to be an engineer from an early age. According to his LinkedIn profile, Han got his bachelor’s degree from Beijing Jiatong University. After finishing his research on information fusion and wavelet transform, he graduated with an electrical and computer engineering degree in 1998. In 2000, he joined the University of Rhode Island for his master’s in computer engineering and researched image processing and signal procession. Immediately after graduating in 2002, Han enrolled at the University of Illinois, Urbana–Champaign for his doctorate in electrical and computer engineering.

10. He Keeps His Personal Life Private

Han has conducted many interviews but always managing to keep the talks strictly professional. There is no information about his family background; he only talks about his work experience and his vision for the company.